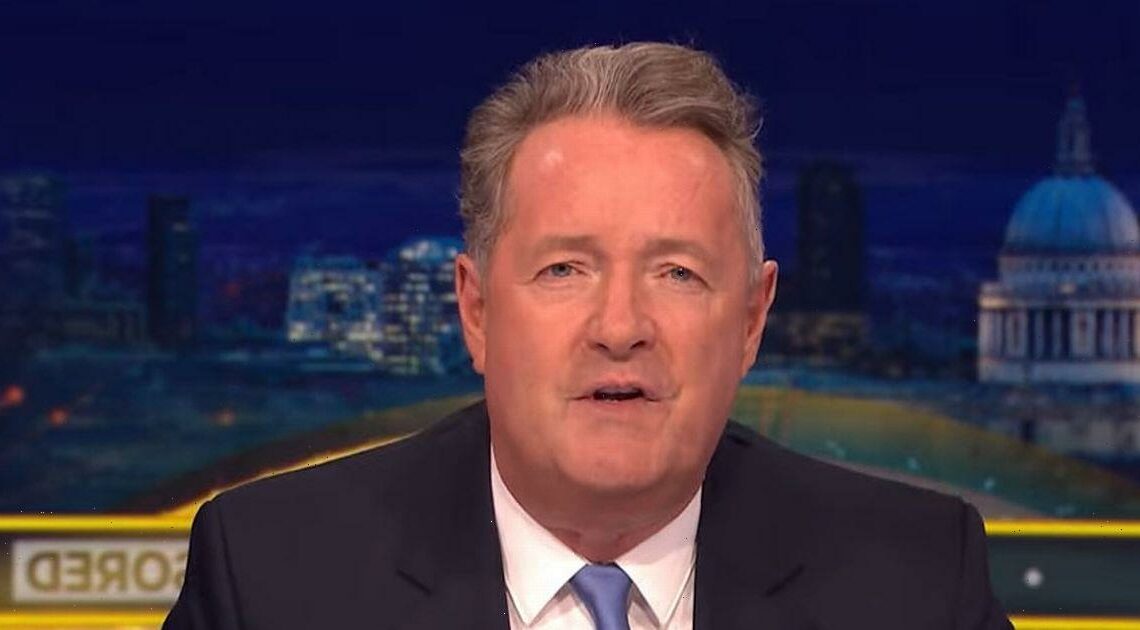 Piers Morgan has shared his reaction to an advert of his face being vandalised with the words "p*ss goblin".

Posting to Twitter on Monday, the Talk TV presenter shared his thoughts on the graffiti of an ad for his new show Piers Morgan Uncensored.

Revealed to have been committed at a bus stop in Glasgow, a photo of the graffiti was shared by a Twitter user, and Piers was swift to respond.

Along with the nasty comment, half of the show's slogan "Love him or hate him" had been scribbled out, so only the words "hate him" remained, while "p*ss goblin" was scrawled across his forehead.

Quick to comment on the bold snap were followers from within the former Good Morning Britain host's 5.7 million Instagram followers, who were equally amused by the snap.

One follower commented: "Nationwide competition for most original defacing of a Piers Morgan poster."

Another replied: "While most people would just walk past this, now people will be taking pictures and sharing it online #marketing."

Meanwhile, a third said: "What on earth does P!ss Goblin mean?"

Another fan queried: "After Liverpool called him a t**t on their billboard is Britain now having a competition on which city can come up with the best Piers insult?"

The post follows similar instances of Piers' posters being vandalised.

It also follows the broadcaster returning to screens last month.

Piers has so far interviewed public figures including Donald Trump and Tyson Fury on the programme and has revealed plans to soon interview former Olympic champion, Caitlyn Jenner.

It comes after former US president Trump slammed Piers, releasing a statement which read: "Ratings for the Piers Morgan interview with me were great!

"Unfortunately, after that interview, his show bombed completely because of the fake narrative he tried to portray. The fact is, I got a new close-up glimpse at Piers, and he no longer has what it takes. It's over for him!"