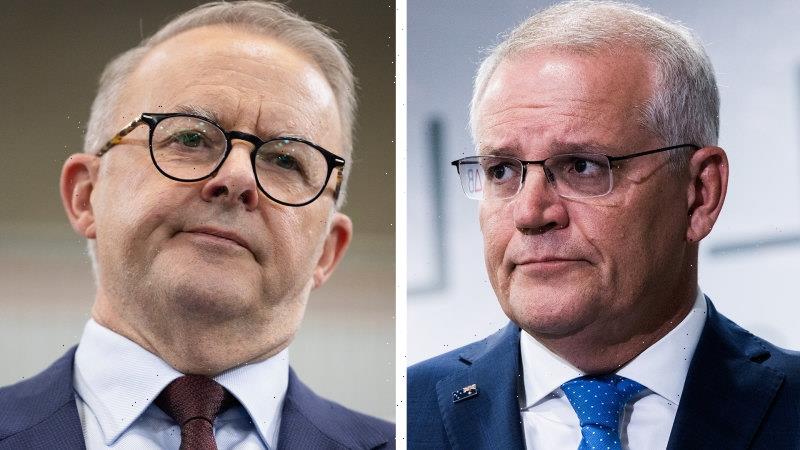 Prime Minister Scott Morrison has agreed to a second election debate with Anthony Albanese in a move that challenges the Labor leader to commit to the free-to-air forum to be broadcast in prime time on Sunday, May 8.

The May 8 proposal was put forward by the Nine Network with The Sydney Morning Herald and The Age and would air during the usual 60 Minutes timeslot on Sunday night to ensure a large audience. 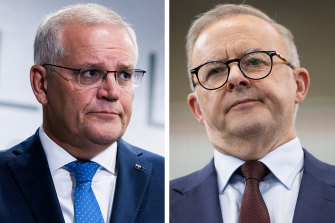 Scott Morrison has agreed to debate Anthony Albanese on May 8, but Labor is waiting to see how the leader recovers from COVID-19.Credit:James Brickwood/Alex Ellinghausen

Morrison accepted the proposal on Wednesday but Albanese is yet to decide if he will back the event when at least three other debates are being suggested across the major television networks.

With Albanese in isolation with COVID-19 and Labor officials worried about his health, a decision on the contests could take days when time is running out to hold the events as well as the official campaign launches for each side.

Albanese said in January he was ready to debate Morrison “every day, every week” but he is yet to agree to a specific proposal when the campaign is nearing the halfway point in the six-week contest for victory on May 21.

“There has never been a prime minister who is so shy about having a debate,” he told the National Press Club in January.

“No other government shuts down debate the way this government does and is so scared of having a debate.”

While the first debate of the campaign was a Sky News “people’s forum” with questions asked by selected voters on the pay television platform, the Nine proposal would adopt the traditional approach of using a panel of journalists to question the two leaders.

“The prime minister has agreed to a Nine-hosted debate on May 8,” he said.

“Mr Albanese said earlier this year that he would be prepared to debate the Prime Minister ‘anywhere’ so we look forward to the debate taking place.”

Albanese won the Sky News debate in the official audience vote when 40 people favoured him while 35 chose Morrison and 25 were undecided.

Labor finance spokeswoman Katy Gallagher said Albanese had “smashed” Morrison in the first debate and it was in Labor’s interest for more to be held.

“The way these things normally happen is there’s engagement between the two parties through their campaign directors,” she said.

The Seven Network is proposing a May 5 debate while ABC managing director David Anderson has written to both major parties to propose a debate on the public broadcaster, while the National Press Club has also asked the two leaders to agree to a debate that would be available free of charge to all broadcasters.

Labor sources said the party leaders had to wait to see how Albanese recovered from COVID-19 when he emerges from isolation on Thursday, noting the experience of the virus has varied widely and some people feel the impact for some time after the first week.

There was frustration in the Labor camp at the Liberal Party’s move to go public with confirmation of the May 8 debate rather than negotiate behind closed doors.

National Press Club chief executive Maurice Reilly said it had proven difficult to get some ministers and their shadow ministers to agree to debates at the club in the opening weeks of the campaign.

Cut through the noise of the federal election campaign with news, views and expert analysis from Jacqueline Maley. Sign up to our Australia Votes 2022 newsletter here.

Elisha Cuthbert Returns to Horror in ‘The Cellar’: ‘Mind-Blowing’