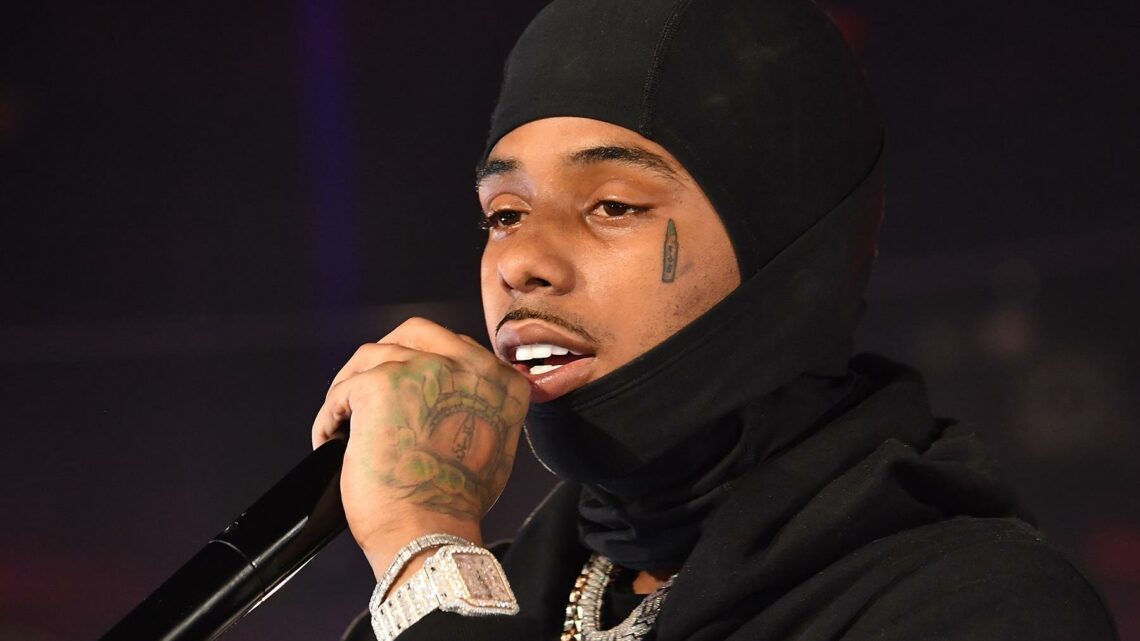 Rapper Pooh Shiesty has reversed course and no longer wants a delay of his October 25th trial on charges he shot a man in the buttocks during an alleged Florida robbery involving a rented bright-green McLaren, high-end sneakers, marijuana, and liquid codeine.

The Memphis native, whose Back in Blood collaboration with Lil Durk went platinum in May, had petitioned the court for a delay last week, arguing he needed until December 6th to properly build his defense against claims he was part of an armed drug-trafficking conspiracy dating back to 2019. Prosecutors said they were fine with a delay but that conflicts would push the trial out to February. The feds also told the court they were reviewing “new allegations” and a “potential superseding indictment.”

The United States of Weed

The Beatles in India: 16 Things You Didn't Know

In a new Monday filing, lawyers representing the rapper and his two co-defendants said the trio now believes it’s “in their best interest to proceed to trial” in three weeks, “even in light of the voluminous discovery.”

The 21-year-old rapper, born Lontrell Williams, has pleaded not guilty to a four-count federal indictment carrying a possible maximum sentence of life in prison. Prosecutors claim he and co-defendants Bobby Brown, 21, and Jayden Darosa, 21, robbed and shot two victims during a confrontation at the Landon Hotel in Bay Harbor Islands on October 9th, 2020.

Williams allegedly drove the McLaren to the hotel to “purchase a pair of high-end athletic sneakers and marijuana” and also was “hoping to negotiate an extension of his vehicle rental as part of the transaction,” a probable cause affidavit signed by an FBI agent states. The feds claim video surveillance shows Williams pulling up to the hotel with Brown, described as his road manger, riding shotgun and Darosa behind the wheel of a black Mercedes Maybach.

One man approached Williams and handed him a bag of weed while a second man handed Williams a shopping bag, the affidavit states. Williams allegedly pulled a pair of sneakers out of the shopping bag and started examining them while the second man walked around and climbed into the passenger seat vacated by Brown. As the second man held one of the sneakers in his hand, Williams “pointed a Draco subcompact weapon at him and demanded that he leave the sneakers in the car,” according to the affidavit.

Darosa then stepped out of the Maybach, approached the second man and attempted to rob him of his jewelry, prosecutors claim. When the man attempted to stop Darosa, Williams allegedly shot the man in the buttocks. Moments later, Brown allegedly shot the first man in the hip, causing him to fall to the ground as Williams allegedly brandished his Draco and said words to the effect of, “Don’t you try it,” the affidavit reads.

As Williams drove off, a Louis Vuitton bag stuffed with $40,912 in cash fell out of the driver’s seat of the McLaren, authorities claim. Investigators linked the cash to Williams by matching the full serial number on one of the recovered bills to a $100 bill flashed on Williams’ Instagram account days before the alleged robbery, officials say. Williams’ public Instagram account also featured photos showing him posing with the green McLaren and displaying “several long rifles” and “a plethora of $100 bills,” the agent wrote.

In a separate incident described in the affidavit, Williams allegedly pulled a black semi-automatic pistol from his waistband and waved it around the King of Diamonds club in Miami last May after he dropped some cash on the ground and purportedly worried patrons might grab it. As security tried to remove him from the building, he allegedly fired a shot, striking a security guard in the ankle.

In subsequent filings, Williams and his lawyers challenged his indictment, claiming there couldn’t possibly be enough evidence to support the count claiming he opened fire in the McLaren. A judge responded with an order saying the victim positively identified Williams as his shooter and that a photograph of a nearby vehicle showed a dent allegedly caused by a bullet shot from someone in Williams’ position. The judge’s ruling also said the man shot in the buttocks allegedly handed Williams a bag of “liquid codeine” before he got into the car.

A source close to Williams tells Rolling Stone the man was trying to “push” drugs on the rapper in an unsolicited way. Williams also claims the two alleged victims were armed during the incident, according to court filings.

Williams has been held in custody since early July. He faces the possible life sentence if convicted of the most serious count in his superseding indictment, discharging a firearm in furtherance of a crime of violence.

Dementia: The symptom that may show up ‘many years’ before memory loss and other signs
Recent Posts