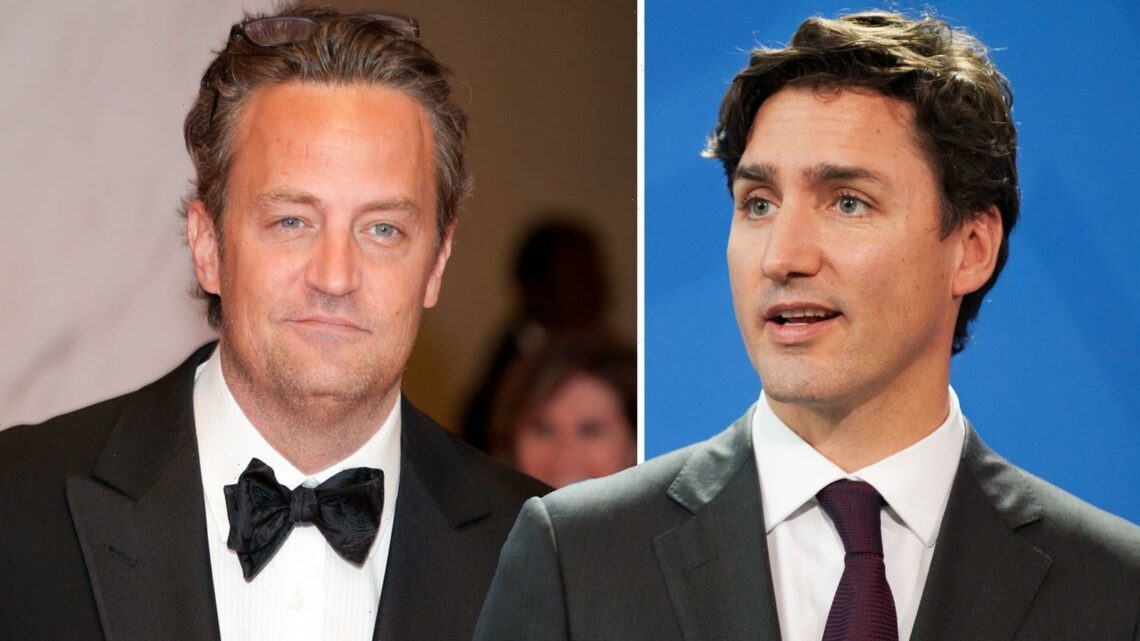 When most people think of the Prime Minister, they imagine him in a suit, taking care of official business. That’s the image that is projected to most of the world, however, when it comes to Justin Trudeau, Matthew Perry sees something very, very different. Of course, Justin Trudeau was born in to a family that was heavily immersed in politics, but the reality is, there was once a time that he was ‘just a child’ himself, and during that time, he met Matthew Perry. In a bizarre twist of fate, CNN reports that Matthew Perry, everyone’s beloved ‘Chandler’ from the cast of Friends, ganged up on the young Justin Trudeau… and beat him up!

The One Where Matthew Perry Beats Up Justin Trudeau

This story is one of the best, as it’s such an unlikely situation that unfolded. NME reports that Justin Trudeau attended school with Matthew Perry when he was young.

Perry was born in the United States, but his parents moved him to Ottawa, and that is where he found himself in the very same class as Justin Trudeau. Of course, at the time, Perry was aware that his father was the Prime Minister of Canada, but to children, that was neither here nor there.

Up to the typical trouble that young boys seem to get into at times, Perry and one of his friends at school began to bully Justin Trudeau. He was a smaller child than they were, and they saw an opportunity to exude their power over him.

After a series of smaller incidents, Perry and one of his classmates ganged up on Trudeau and they both beat him up. Perry tells NME; “I think he was excelling in a sport that we weren’t, so it was pure jealousy. His dad was the Prime Minister of Canada but I don’t think that was the reason we beat him up. He was the only kid in school that we could beat up.”

Back in the day, Perry felt pretty proud of himself. He was successfully able to come out on top after bullying Trudeau and giving him a good whollop, and he and his friends gained some street cred for doing that deed.

Now, as a grown man, known best for his portrayal of the often meek, very light spoken Chandler on the hit sitcom, Friends, Perry feels awful for his actions. He’s completely ashamed of what he did as a young child, and he gets visibly uncomfortable when he recounts the story or it’s brought up to him during an interview with the press.

The Guardian quotes what Perry said about this during his appearance on Jimmy Kimmel Live; “I’m not bragging about this, this is terrible,” he added. “I was a stupid kid. I didn’t want to beat him up. I think at one point I even tried to turn it into love play.”

Trying to find a lighthearted way of dismissing the matter, Perry went on to say; “I think I was rather instrumental in him going on to such great heights and becoming the Prime Minister. I think he said ‘I’m going to rise above this and become Prime Minister’. He rose above both of us.”

Perry holds a lot of regret for that incident, and when asked if he has been in touch with Prime Minister Justin Trudeau since his childhood days, he says; “no. I feel shame, I don’t want to think about it.”

The Prime Minister Launches A Challenge

What truly seems to make this story even more interesting is the fact that while Perry is full of remorse, regret, and shame over the bullying incident, Prime Minister Justin Trudeau has completely gotten over it and shows no signs of holding a grudge, whatsoever. In fact, now that it has come to light to the world that one of the biggest stars of the most legendary sitcoms in history was a bully to him during their youth, Trudeau is having some fun with this story.

Clearly, he is not haunted by this incident, nor is he feeling any trauma surrounding it. He has proven that by launching a challenge. Trudeau publicly challenged Matthew Perry to a rematch, egging him on and jokingly poking fun at their colorful history. He lightheartedly suggested that they should duke it out once more to see who will be the winner this time, creating a lot of buzz and excitable energy among fans.

Trudeau opted to Tweet this very comedic message on April Fools day: “I’ve been giving it some thought, and you know what, who hasn’t wanted to punch Chandler? How about a rematch @MatthewPerry?”

Perry, however, completely disengaged. He found a comedic, clever, and concise way of saying this would never be a challenge he’d accept.

When challenged to step up for a rematch, Perry stated; “I think I will pass at your request for a rematch kind sir (given that you currently have an army at your disposal)”.

The challenge quickly fizzled out, but the moral of the story remains clear… sometimes the underdog evolves into something much bigger than the bully, although in this story, they both seem to have done well for themselves at the end.