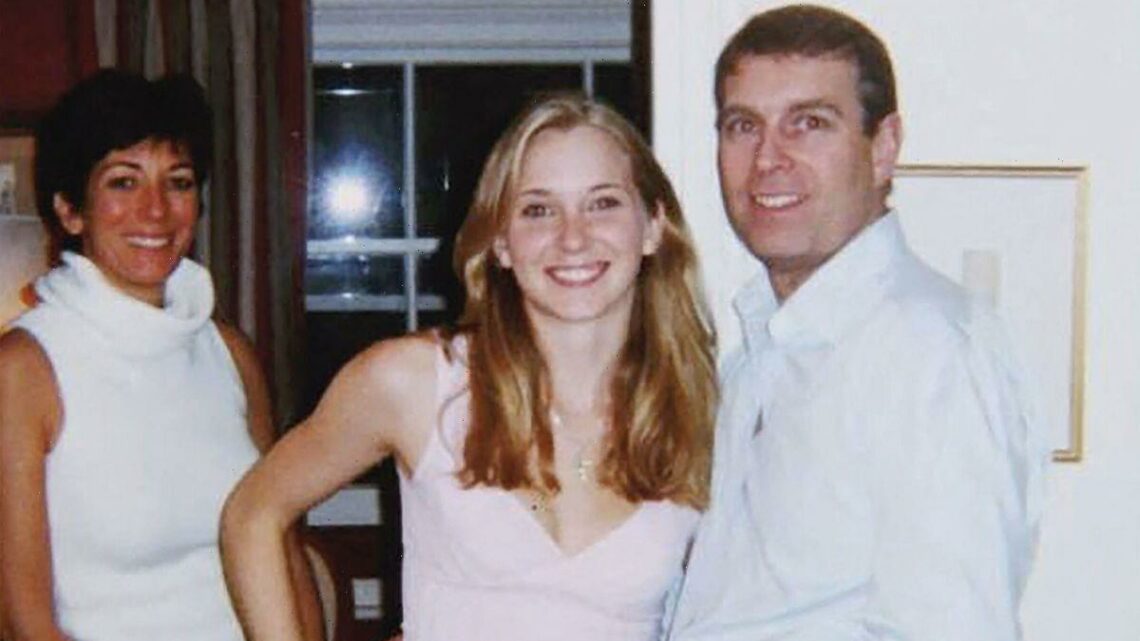 Prince Andrew photo is convincing amid fake claims by Maxwell

Ghislaine Maxwell claimed the infamous photograph of Prince Andrew with Virginia Giuffre and herself, supposedly taken in 2001 in London, was “fake”. She made the claim in a 40-second clip released ahead of her interview with TalkTV, airing tonight.

In the interview, Maxwell speaks with Jeremy Kyle from prison in Florida. The clip, taken from tonight’s ‘Ghislaine Behind Bars’, shows Maxwell addressing the photo. She says: “With the fake, I don’t believe that’s real for a second. In fact, I’m sure it’s not.”

She adds: “Well, there has never been an original and further there is no photograph and I’ve only seen a photocopy of it.”

The photo in question, taken decades ago, shows Prince Andrew, the second son of the late Queen Elizabeth II, with his arm around Virginia Giuffre, who has accused him of sexual abuse.

Body language expert Judi James analysed the infamous photograph for Express.co.uk. While she did say body language alone cannot tell the difference between a genuine or doctored photo, the way each subject of the photo is standing suggests they were in the same place at the same time.

Judi said: “Body language would not be an accurate guide to whether this is a genuine photo or a doctored one, that would be down to a photographer or technician. However, it’s easy to see why the pose itself might look convincing.”

Judi claimed the expression on the faces of the Prince, Ms. Giuffre, and Maxwell suggest they are looking at the same thing.

She said: “All three seem to have their eyes focused in the same direction and their facial expressions are similar, with almost mirrored smiles giving the impression that they are responding to the same stimulus.

“They seem to go further than a polite social smile. All three involve rounded cheeks and a similarly symmetric mouth smile.

“Ghislaine seems to be leaning behind the other two and although her cheeks look the most rounded, suggesting the most pleasure, her loose hand clasp in front of her torso suggests she’s not actively trying to be in the frame, more focusing the attention on the other two.”

Prince Andrew, the Duke of York, was stopped from using his HRH title after he reached a settlement with Ms. Guiffre. However, he has always denied her claims she had sex with him when she was 17.

Today the Duke is reported to be building a £10m “war chest” to reopen his battle with Ms. Giuffre. The Duke of York is said to have been inspired to act after Ms. Giuffre dropped a defamation lawsuit against another man.

Judi James also analysed Maxwell’s body language during her claims she doesn’t believe the Prince Andrew photo to be real. She claimed the convicted woman was “evasive” while discussing the veracity of the photograph.

‘Forspoken’ Shines in Its Combat and Traversal: Video Game Review

Jessie James Decker: I Was ‘So Confused’ by Backlash to My Kids Having Abs
Recent Posts