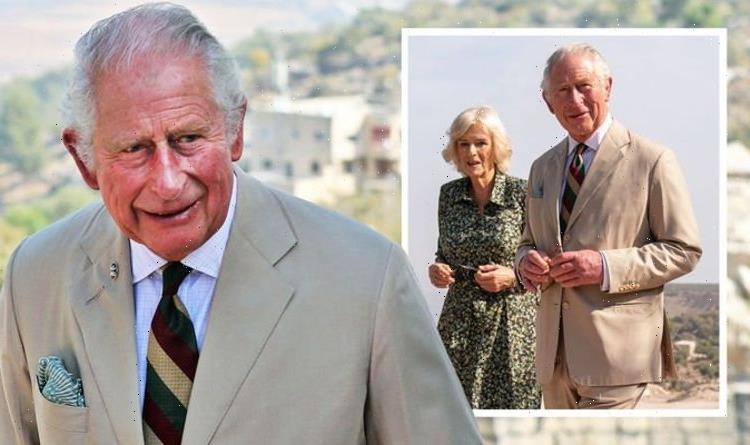 Prince Charles to be a driven and intellectual King, body language suggests

Prince Charles 'more in the spotlight than ever' as future king

Prince Charles and Camilla Parker Bowles are currently in Jordan, Egypt for a four day trip of the region. The Prince of Wales and the Duchess of Cornwall were photographed visiting several locations around the city. This is their first overseas tour to be taken by any member of the Royal Family since the pandemic started. Express.co.uk spoke to body language expert Judi James about the royal couple’s public appearance and how they could be portraying the future, when Charles becomes King.

The Queen has travelled to 117 countries during her reign, but in 2015, she made her final trip overseas to Malta.

Since then, other members of the Royal Family have made international visits on her behalf.

This week, Charles and Camilla were out and about in Jordan, representing the Royal Family while the Queen remained in Windsor Castle.

Speaking about The Prince of Wales and Duchess of Cornwall’s appearances today, Judi said: “After seven decades of having a strong, stoic and popular ruler on the throne it is interesting to see how Charles’s approach might look when he does finally take over the role.

“While William and Kate excel in some very evenly-matched power signals to suit the modern world, Charles’ body language suggests we will be looking at a very driven and maybe more intellectual-leaning King who will throw us back to a time before his mother took the throne in terms of equality signals.

“Camilla tends to adopt the role of Charles’ shadow, walking behind him mimicking his gestures or standing awkwardly by his side.

“Maybe it was his experience of being upstaged by Diana that has made him look so determined to appear as a leader taking sole command on his visits.

“But there are no real signals of wanting to promote his wife or to allow people to see her as a royal equal.

“These poses look primarily about Charles and his body language looks much more comfortable when he is chatting to his hosts alone,” she continued.

“He tends to approach hosts to perform greeting rituals leaving Camilla following in his wake and there are no signs of ushering gestures to try to get her to take a more active role.

“This ‘balance’ seems to work for both of them as Camilla’s body language suggests very little desire to be in the spotlight.

“The way she mirrors her husband and waits to take his lead suggests she is there as his wife and support rather than as a royal star in her own right.

“This first trip since Covid does seem to have otherwise brought out the best in Charles though.

“Thrown into the spotlight and the centre of attention and interest, he looks energised, enthused and keen to take the leadership role once again,” Judi added.

As for where Charles and Camilla visited, they set off for the archaeological site of Umm Qays first thing.

She then arrived at the WOW event at Manara Arts and Culture gallery, where she was photographed holding a baby and making a speech.

The Queen, on the other hand, was pictured for the first time since retracting her attendance at Remembrance Day.

Earlier today, she received General Sir Nick Carter, Chief of the Defence Staff in the Oak Room at Windsor Castle.