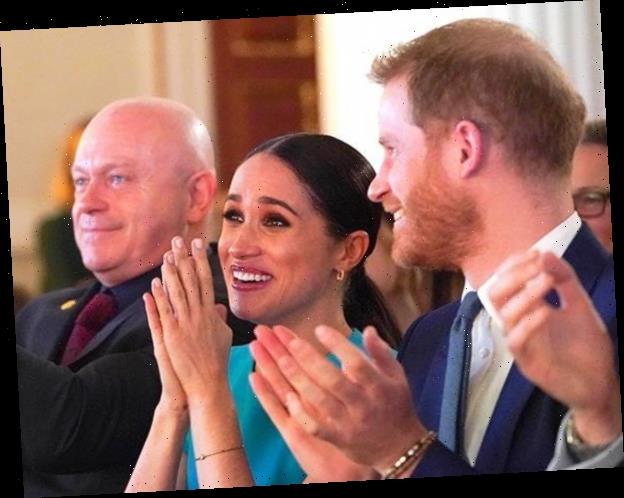 Prince Harry Gets Letter From Student After ''Cuddling'' Meghan Markle 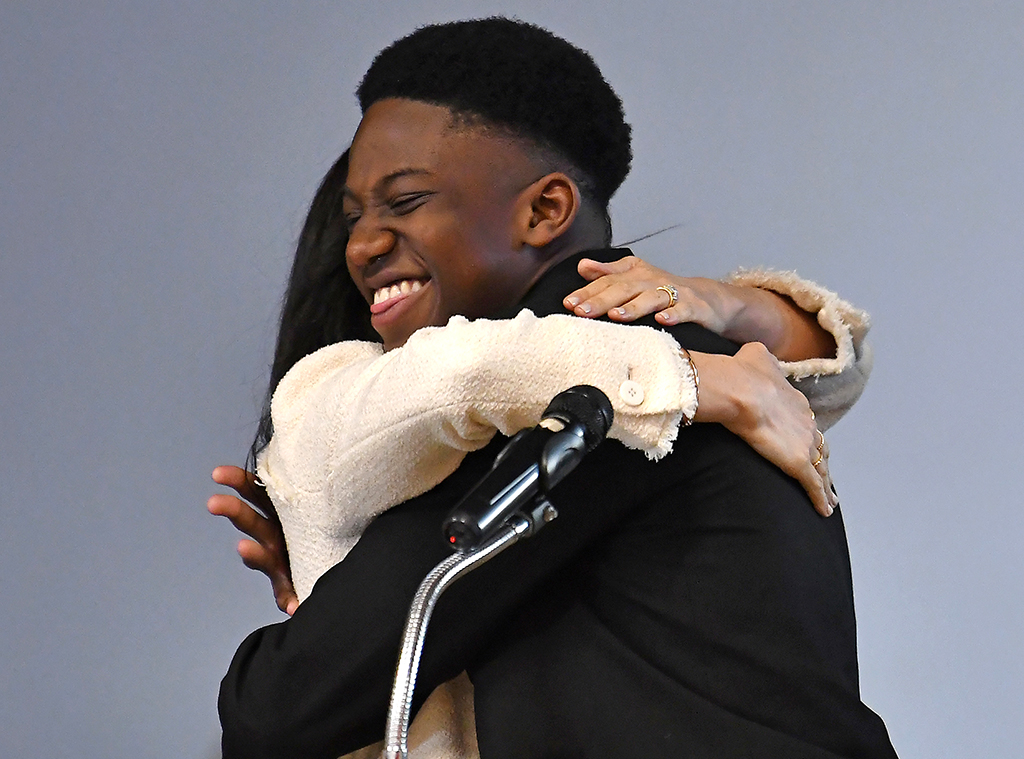 Ahead of International Women’s Day, Meghan Markle made a surprise visit to a school in East London where a young high schooler that was more than excited to meet the Duchess of Sussex called her “really beautiful.”

Captured on video, the moment quickly made rounds on social media, in which Meghan and the student could be seen fondly embracing in a hug as he made his way up on stage to speak on the importance of International Women’s Day.

When the student reached the podium and as the raucous room quieted down, he said, “She really is beautiful innit. I had to say that, I had to speak the truth here.”

Now, according to The Sun, the student has penned Prince Harry a letter apologizing for his remarks.

In the letter obtained and published by the publication, the young man wrote, “Dear Harry and Meghan. Harry, hope you don’t mind me writing this letter. I hope you didn’t mind me cuddling your wife. I was just overwhelmed and shocked to see her arrive at my school.”

Further, the letter read: “It was a pleasure to hear her speech and to speak in front of her as well. She truly is inspirational.”

During her visit, Meghan had given an empowering speech about championing for gender and racial equality ahead not just on days like International Women’s Day but every day. She then invited a “brave young man” to join her on stage to share their thoughts on the day as well.

He concluded his letter, “I nearly met you [Harry] last year when you came to East London to open the Future Youth Zone but I was away with the school. I hope to meet you one day. Good luck for the future. With kind regards, Aker.”

The publication also spoke to the 16-year-old high school student and cites that he wrote the letter to “make sure Harry doesn’t have a problem with it and to say sorry really and that I hope he didn’t mind.”

He added, “Meghan didn’t—she found it funny and I’m sure Harry will as well. When she asked which brave young man wanted to do a talk I jumped at the chance. I leapt up there. I thought it would be proper protocol to give a cuddle. It’s all a blur. The whole crowd erupted.”

The student continued to gush about how “beautiful” and “elegant” Meghan is, adding that he was completely “starstruck.”

“It was great. It was the best day of my life so far,” he continued to tell The Sun. “I’ll never forget it.”

Is Lady Gaga Launching the Goop of "Kindness"?
Recent Posts