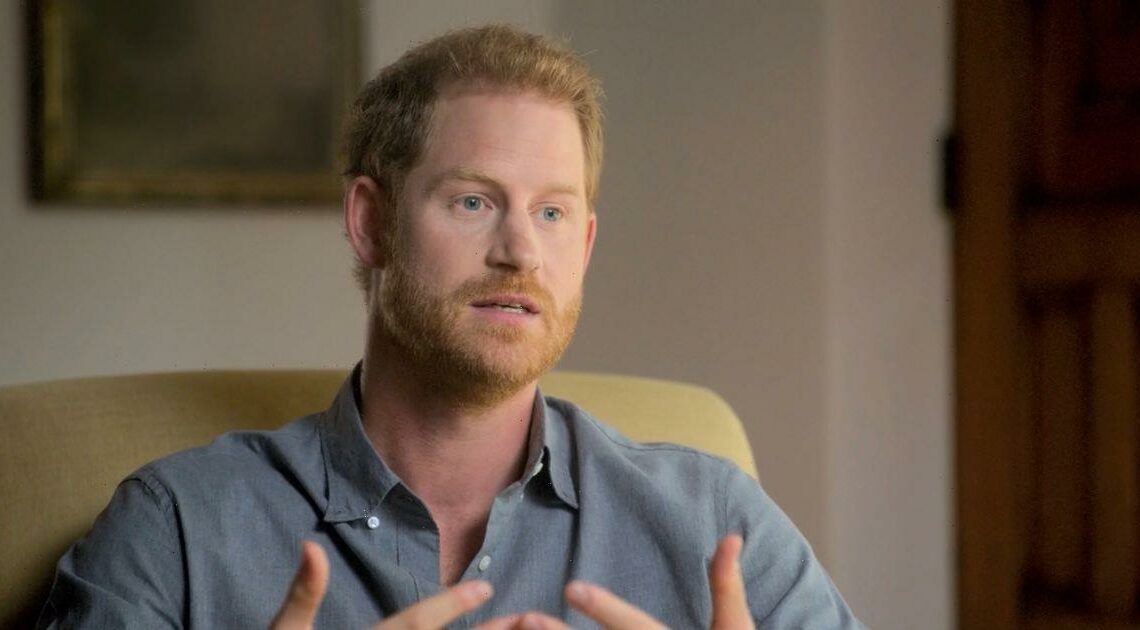 Apple TV+’s new mental-health documentary, The Me You Cant See, co-created by Oprah Winfrey and Prince Harry gives viewers a frank insight into some of Harry's experiences with the Royal Family and mental health as a whole.

The docuseries which stars Prince Harry, Oprah Winfrey and other stars sees the Duke of Sussex speak candidly about being a member of the Royal Family and how he wasn't able to think for himself.

Prince Harry did not hold back throughout the programme, and openly admitted to feeling like a "yes man" which led to him feeling burned out as a result.

In episode 2 titled Asking For Help, Harry opened up about feeling exhausted and the pressure of always having to saying "yes".

Harry explained: "Towards my late 20s everything became really hectic for me. To the point of exhaustion.

"I was travelling all over the place because from the family’s perspective, I guess, I was the person who like….’we need someone to go there', Nepal. Harry – you go.

He added: "But that yes and yes and yes, yes of course, yes, yes, yes, led to burnout. It was like someone had taken the lid off all of the emotions I had surprised for so many years finally came to the forefront."

This week, Harry received a mixed response from the public for his openly frank admissions regarding the Royal Family and his personal experiences with his father, Prince Charles and The Queen.

While promoting his docuseries on Dax Shepard's podcast, the Duke compared his royal experience to being on "The Truman Show" and "living in a zoo."

The royal also talked about parenting and said he wanted to break the cycle of "pain".

Harry said: "When it comes to parenting, if I've experienced some form of pain or suffering because of the pain or suffering that perhaps my father or my parents had suffered, I'm going to make sure I break that cycle so that I don't pass it on."

Talking to US Weekly on Wednesday a source claimed Prince Charles and Prince William were unimpressed with Harry's openness.

The source expressed: "It definitely hasn’t helped with healing the rift.

"They feel it was thoughtless and irresponsible of Harry to once again shade The Firm so soon after Prince Philip’s death, while the Queen is still mourning the death of her husband," the source also alleged.

Revellers brave rain to hit pubs and bars in Leeds