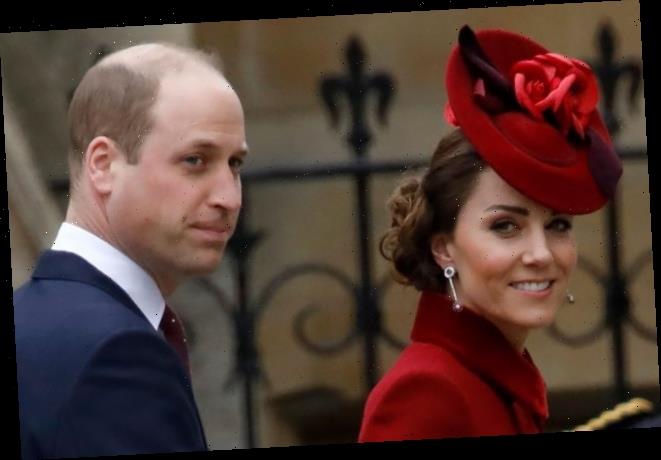 Prince William and Kate Middleton dropped out of Queen Elizabeth’s Commonwealth Day procession at the last minute. Instead of joining Her Majesty, Prince Charles, and Camilla Parker Bowles for the march, the couple was escorted to their seats inside Westminster Abbey ahead of time. Why did William and Kate, Duchess of Cambridge, decide to pull out of the procession at the very last minute?

Harry and Meghan have completed a handful of public engagements over the past week as they prepare for their exit to become official. This includes joint appearances at the Endeavour Fund Awards and the Mountbatten Festival of Music.

The couple also attended the Commonwealth Day service in what was their final engagement as active members of the royal family, which also marked the first time they reunited with Prince William and Kate Middleton. Their departure from the monarchy is scheduled to become official at the end of March.

This afternoon, The Duke and Duchess of Sussex attended the annual Commonwealth Service at Westminster Abbey on Commonwealth Day, alongside Her Majesty The Queen and Members of The Royal Family. The Commonwealth is a global network of 54 countries, working in collaboration towards shared economic, environmental, social and democratic goals, and the Service today seeks to highlight the vast community which spans every geographical region, religion and culture, embracing diversity amongst its population of 2.4 billion people, of which 60 percent are under 30 years old. As President and Vice-President of the @Queens_Commonwealth_Trust, The Duke and Duchess of Sussex have been passionate advocates of the Commonwealth having spent many years working closely with the next generation of Commonwealth leaders. The theme of the Commonwealth for 2020 is ‘Delivering A Common Future: Connecting, Innovating, Transforming', placing emphasis on youth, the environment, trade, governance, and ICT (Information and Communications Technology) and innovation. From working to protect the earth's natural resources and preserving the planet for generations to come, to championing fair trade and empowering the youth of today to transform the communities of tomorrow, the Service celebrates the Commonwealth's continued commitment to delivering a peaceful, prosperous and more sustainable future for all. Photo © PA

The Sussexes have kept to themselves over the past fewmonths, though Harry recently opened up about the decision to step down.According to HelloMagazine, the Duke of Sussex revealed that he is sad about leaving theroyals in what he termed is a “leap of faith.”

“Our hope was to continue serving the Queen, the Commonwealth, and my military associations without public funding. Unfortunately, that wasn’t possible,” he added.

Harry noted that he and Meghan, Duchess of Sussex, were out of options when it came to living under the royal spotlight. The two are looking forward to starting the next chapter in their lives, and Harry has assured his followers that he has discovered the “love and happiness” he has searched for his entire life.

Prince William and Kate Middleton reunite with the Sussexes

Although Prince William and Kate pulled out of the procession at the last minute, they did reunite with Prince Harry and Meghan at the service. The last time the couples were spotted at the same event was on Remembrance Day back in November.

Shortly after the royal engagement, Harry and Meghan enjoyedan extended break for the holidays. In January, the couple took to social mediato announce their exit from the royal family.

They returned to the UK in March to complete a few royalengagements before their exit goes into effect on March 31. This means that theCommonwealth Day service was the last time we will get to see the Sussexes andthe Cambridges in the same room for the foreseeable future.

Harry and Meghan are now expected to return to Canada as they start the next chapter in their lives. Moving forward, the pair will no longer use their royal titles. They will also seek to be financially independent of the crown and will be establishing a second home in North America.

Prince William and Kate Middleton pull out of the procession

When it comes to the actual Commonwealth Day procession, Prince William and Kate were originally supposed to join the high-ranking members of the royal family for the march. Royal watchers were expecting to see the couple alongside Charles, Camilla, Duchess of Cornwall, and Queen Elizabeth.

According to HelloMagazine, William and Kate were included in the Order of Service that wasreleased prior to the event. But the Cambridges pulled out of the procession atthe very last minute.

The Duke and Duchess of Cambridge joined The Queen and Members of @TheRoyalFamily for the annual #CommonwealthDay Service at Westminster Abbey. The Commonwealth represents a global network of 54 countries working in collaboration towards shared economic, environmental, social and democratic goals — the Commonwealth theme for 2020 is Delivering A Common Future: Connecting, Innovating, Transforming. Her Majesty The Queen was 26 years old when she became Head of the Commonwealth in 1952 — important symbolic and unifying role. As Head, Her Majesty personally reinforces the links by which the Commonwealth joins people together from around the world. From working to protect the earth's natural resources and preserving the planet for generations to come, to championing fair trade and empowering the youth of today to transform the communities of tomorrow, this year’s Service celebrated the Commonwealth's continued commitment to delivering a peaceful, prosperous and more sustainable future for all. #CommonwealthDelivers

Kensington Palace has not commented on why the coupledecided against marching in the parade, but their decision will likely sparktheories until an official comment is released. As fans will recall, theCambridges and the Sussexes were part of the procession last year.

Meghan, meanwhile, rocked a green dress from EmiliaWickstead for the engagement while Kate dazzled onlookers in a red gowndesigned by Catherine Walker. The women sat one row apart from each otherduring the service and did not seem to interact.

Sources claim that Prince Harry and Meghan greeted Prince William and Kate while they were being seated. They also talked to Edward and his wife, Sophie, with whom they seemed very comfortable.

Despite the greeting, the couples’ interaction can only be describedas chilly. Harry smiled and greeted Prince William and Kate, while Meghanreportedly only offered a simple, “Hi.”

William made eye contact with his brother and sister-in-lawwhile it appeared on a video posted to Twitter that Kate did not acknowledge themat all.

Around 2,000 people attended the service, includingambassadors and leaders from all of the Commonwealth nations.

Queen Elizabeth also gave a speech at the event promoting unity and a “common future,” despite the apparent tension between Prince William and Prince Harry.