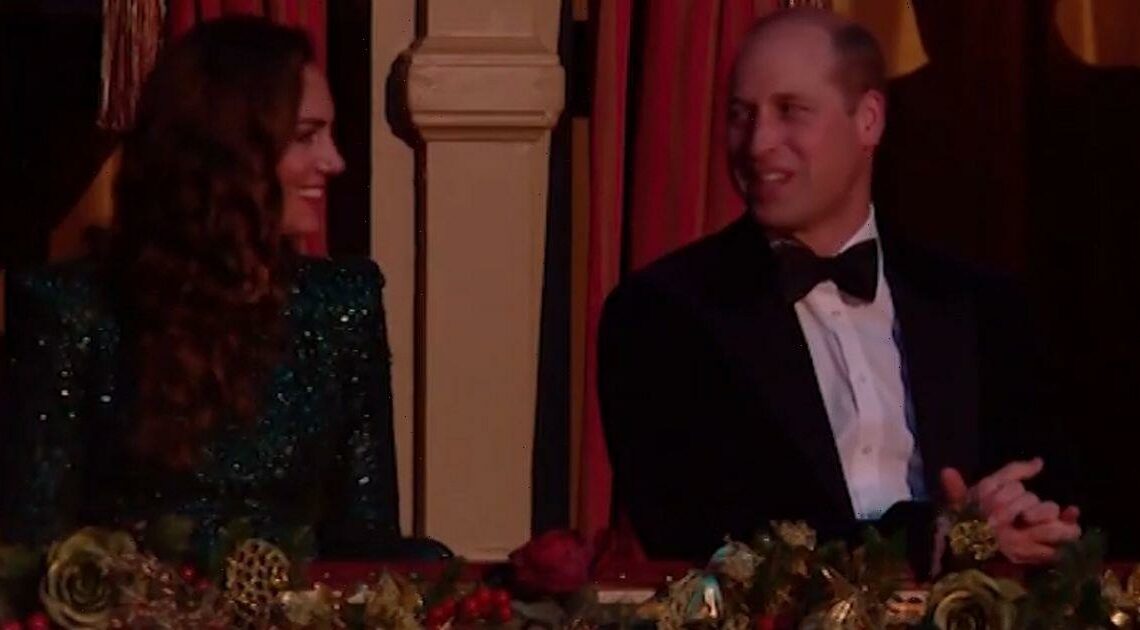 Prince William revealed signs that he "doesn't enjoy the limelight" at the Royal Variety Performance – a body language expert has revealed.

The Duke and Duchess of Cambridge both attended the prestigious annual event at London's Royal Albert Hall on Sunday (December 19) – which also aired to ITV.

William and Kate sat up in the royal balcony as they watched performances from the likes of Rod Stewart, Judi Love, James Blunt, the cast of the Matilda theatre production, and comedian host Alan Carr.

After taking a close look at the couple as they sat down for the event, the analyst spotted a number of fascinating insights – including how they feel about each other, their royal roles, and the public eye.

According to Inbaal, the Duke and Duchess were clearly taking their royal duties seriously as they entered the event – and looked "professional" about their brand as "future residents of the throne".

She said: "The couple know that all eyes would be on them, and are super professional about their roles there, and about their brand as future residents of the throne.

"They're polished and practiced – they stick to their usual protocol of not holding hands, not touching one another, keeping their smiles on at all times, and responding to all the normal social cues."

When William waited for Kate to sit down in the balcony, this was part of his royal duty – but it's also "part practice".

However, Inbaal revealed that it was their "subtle little gestures" that exposed how they really felt in the moment.

The analyst explained that Kate looked "comfortable" with her smooth and complete motions, whilst William seemed to exhibit signs of unease under the spotlight.

She said: "Kate is comfortable – this lady knows who she is. Her motions are smooth and complete, and her smiling face is genuine.

"When she walks or stands, her arms are by her side – not slumped, not stiff, just naturally standing there. She's a no-nonsense Capricorn, and performs each task without overthinking it."

Talking about William, Inbaal noticed that he tends to hold his own hands rather than his wife's – which can be a gesture of "self-soothing".

She suggested that the Duke doesn't seem to enjoy the limelight – and would prefer to be there "in peace".

The expert explained: "William isn't as comfortable. He never holds his wife's hand when they walk – but he always holds his own hands. His often-observed hand rubbing is a gesture of self-soothing.

"Ideally, he'd prefer to be there in peace, without the eyes of the media on him. A Cancerian like William does not enjoy the limelight and constant attention."

The analyst also picked up on how the senior royals laughed at the event – such as when Alan Carr had them both giggling with his jokes – and she loved Kate's "infectious" laugh.

Of Kate, she said: "Facially, Kate's laughter is perfect – real and infectious. When you look at her, all you see is teeth. She's unafraid to laugh when she hears a joke, and feels at ease showing her happiness."

Speaking of William, she said that although he laughs too – he seems to show some anxious qualities – and perhaps wants to answer back but "can't". She wrote: "William's laughter is slightly anxious at times. For a second, you can see his tongue darting to the side of his mouth, in a gesture that shows that he'd have loved to answer back… but he can't.

"Another time, he's laughing but also looking all around him. At that moment he's checking – is everyone laughing? Are they laughing at me?"

Dishing on their relationship, Inbaal saw signs that the two are deeply compatible with one another, and are highly committed to their marriage.

Honigman added: "Together, they have a great time. Their dynamic is lovely to watch – they're in step with each other, they observe one another's faces for signs of acceptance and reassurance.

"This shows deep compatibility and a commitment to the marriage."

To check out Inbaal's body language, psychic and astrology work, you can visit her website here.