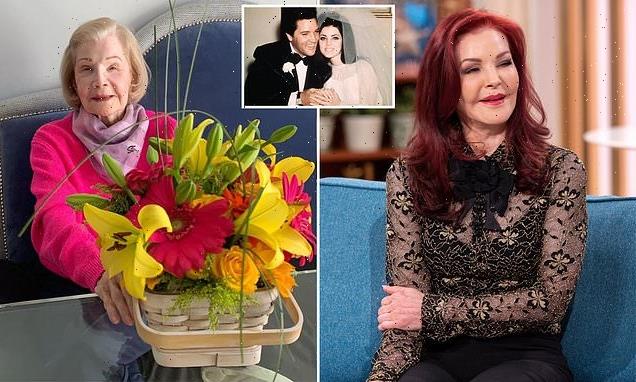 Priscilla Presley played Elvis' music for her mother on her deathbed

Priscilla Presley says that as her mother lay dying earlier this summer, she confronted her by playing gospel music by her late ex-husband, rock ‘n roll icon Elvis Presley.

The 76-year-old wrote of her heartbreak when her mother, Ann Lillian Wagner-Beaulieu, died on August 2 at the age of 95, just over three years after Priscilla lost her father, Paul Beaulieu.

Speaking to People this week, Priscilla said that after a priest encouraged her to surround Ann with positive sounds, she play Elvis’ gospel music ever night — and her mother eventually died with a smile on her face. 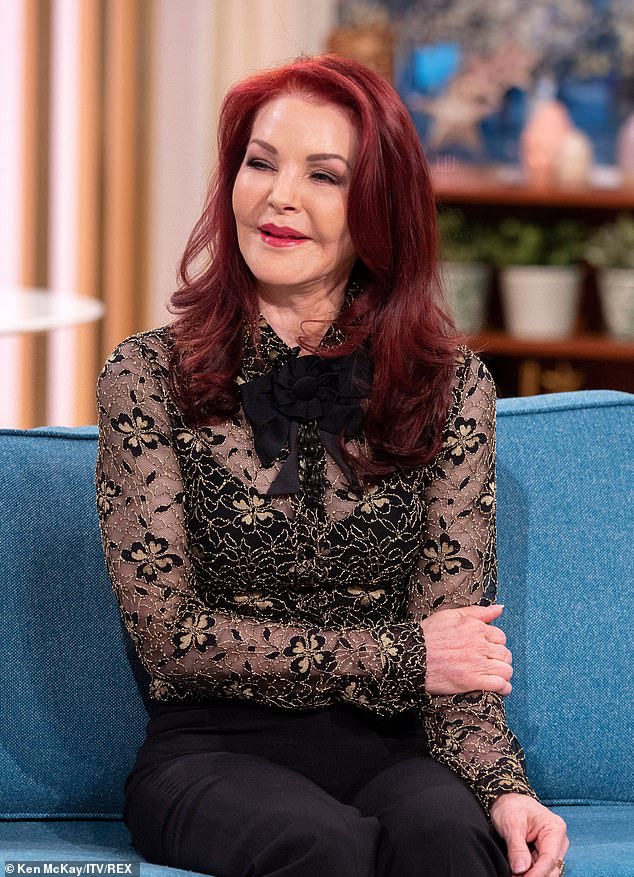 Soothing: Priscilla Presley says that as her mother lay dying earlier this summer, she confronted her by playing gospel music by her late ex-husband, rock ‘n roll icon Elvis Presley 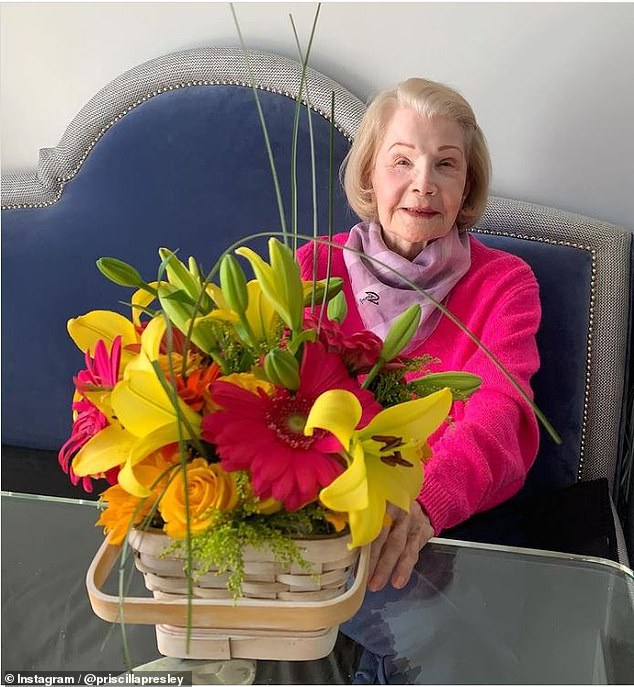 Gone: The 76-year-old wrote of her heartbreak when her mother, Ann Lillian Wagner-Beaulieu, died on August 2 at the age of 95

‘I had a priest come in to give her her last rites about four days before she died, and he told me, “Remember Priscilla, hearing is the last thing that goes, so say positive things for her spirit,”‘ Priscilla said.

So in addition to saying positive things, she played positive music — namely, the gospel recordings of Elvis, to whom she was married from 1967 to 1973.

‘Every night I’d play Elvis’ gospel music to her — “In the Garden,” “Amazing Grace,” “How Great Thou Art,”‘ she said.

‘All the songs she loved. She was basically in a coma, but she would just touch my finger so I knew that she was there. She was listening.’

Priscilla said that she told her mother it was ‘okay to go’ on the day she died, and she watched as her mother had ‘a little smile on her face.’

Priscilla also said she experience air coming out of her mother, which she believe was ‘the actual feeling of the spirit coming out of the body.’

The star had shared the news of her mother’s death on Instagram and Twitter early last month.

‘I am heartbroken. My beautiful mother passed today,’ she wrote, sharing a photo of Ann with a bouquet of flowers.

‘She was the light of our lives. She never wanted any attention on herself. Her children were her everything. May you Rest In Peace mom. You will always be with us.

Upset: Priscilla has paid tribute to her mother following her death last month 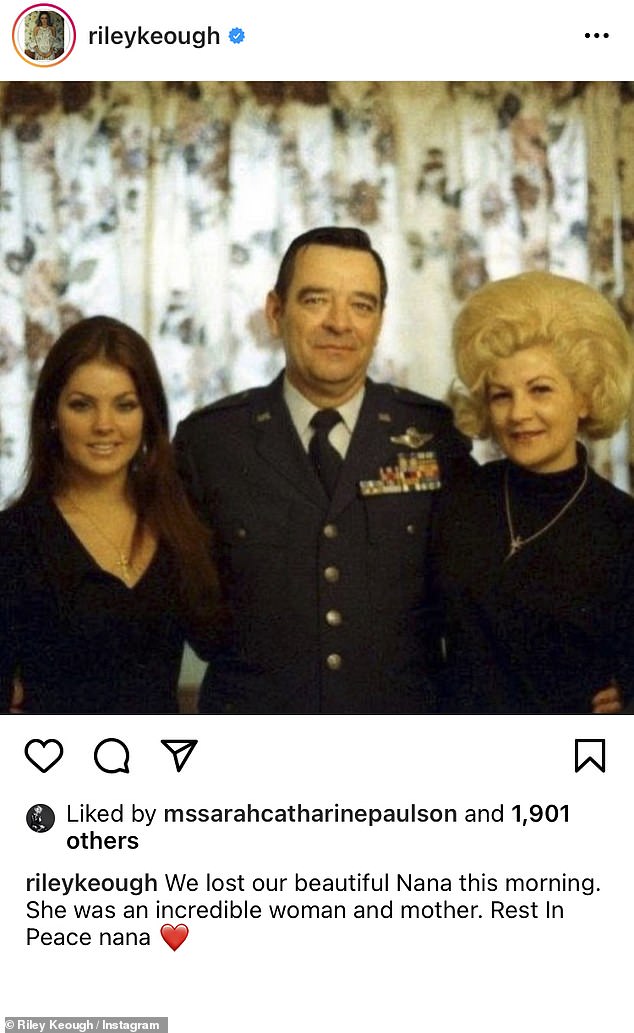 Tribute: Priscilla’s granddaughter Riley Keough also took to Instagram to share the news with her followers, describing the matriarch as ‘an incredible woman and mother’ 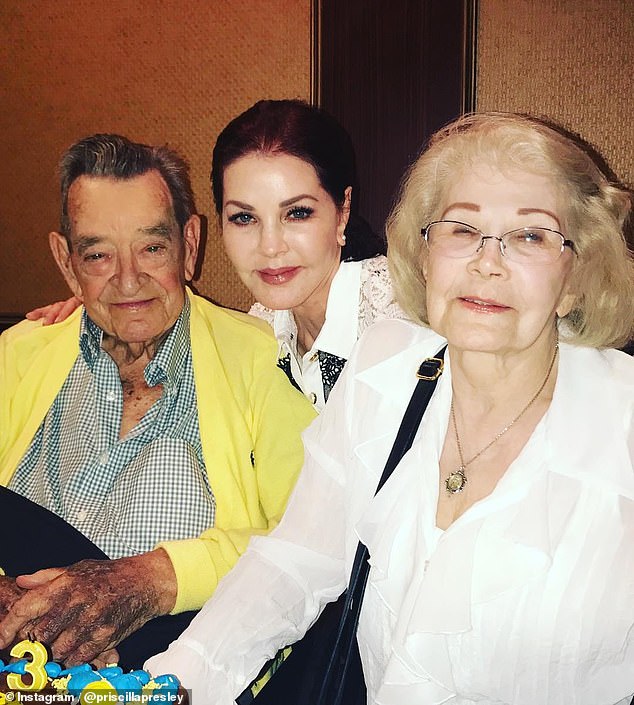 Her granddaughter Riley Keough, who is the 32-year-old daughter of Lisa Marie Presley, also paid tribute.

‘We lost our beautiful Nana this morning. She was an incredible woman and mother. Rest In Peace nana.’

The past few years have held quite a lot of loss for the family.

After Priscilla’s father Paul died in early 2018, her grandson Benjamin Keough — Lisa Marie’s eldest son — died by suicide at age 27 in July of 2020.

‘These are some of the darkest days of my family’s life. The shock of losing Ben has been devastating,’ she wrote on Facebook that month.

‘Trying to put all the pieces together of all the possible whys has penetrated my soul. Each day I wake up I pray it will get better. Then, I think of my daughter and the pain she is going through as she was a doting mother.

‘Ben’s father, Danny, who is completely lost, as Ben was his only son. Riley, so loving and so close to him; Harper and Finley, who absolutely adored Ben. Navarone [Lisa Marie’s brother], who struggles deeply with loss and death.’ 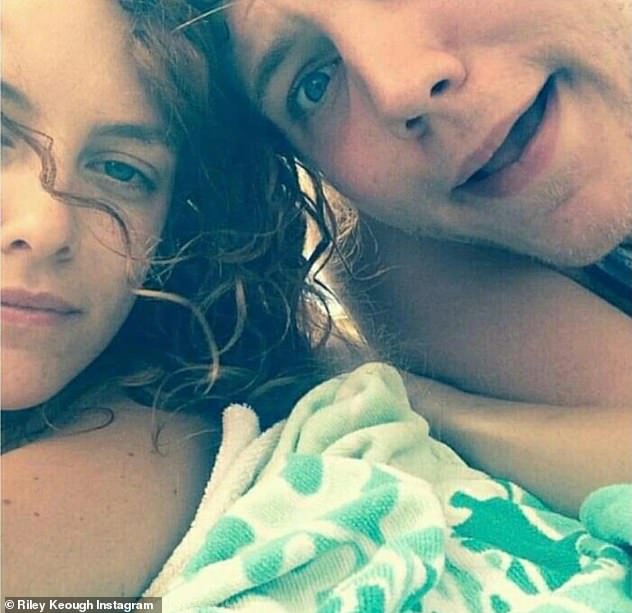 In her new interview with People, Priscilla also reflected on happier times, including her marriage to Elvis.

‘I was always ready to greet him at the door and pamper him,’ she said.

‘I loved taking care of Elvis very much. I loved tending to him. I loved feeding him. We would baby talk, because you have to have your own language when you have that many people around. It was a good life. It was different, but it was ours.’