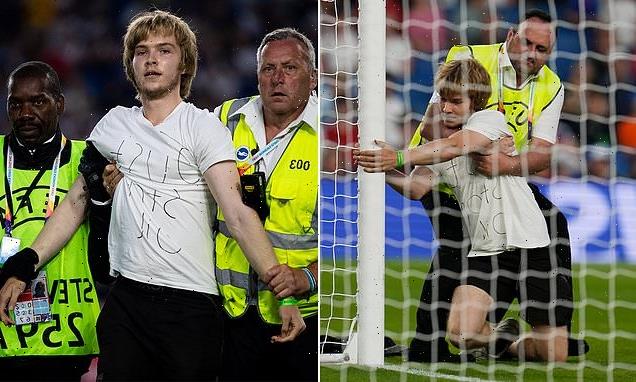 Just Stop Oil protestor tries to GLUE himself to a goalpost during England’s Euro 2022 quarter-final with Spain, with match momentarily halted before he’s whisked away by stewards

England women’s quarter-final clash with Spain was halted at the start of the second half when a protestor invaded the pitch and attempted to glue himself to the goalposts.

Stewards at Brighton’s Amex Stadium were able to act quickly and remove the protestor from the goalpost area and then promptly whisk him away from the pitch.

The stunt was the latest protest from the Just Stop Oil group. The organisation made headlines last year with similar acts at Goodison Park, where a protestor cable-tied themselves to the goalposts, and the group that stormed the racetrack at Silvertone during the British Grand Prix. 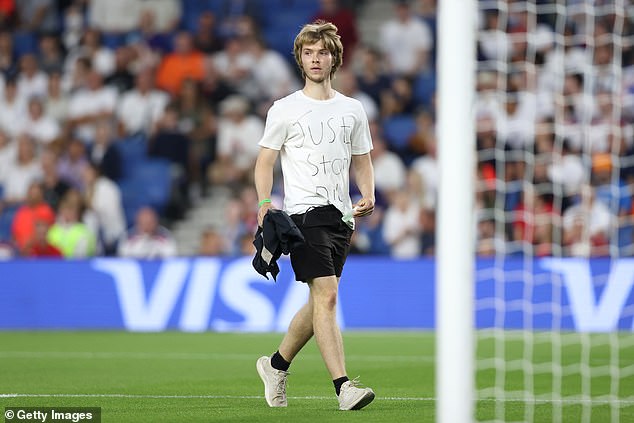 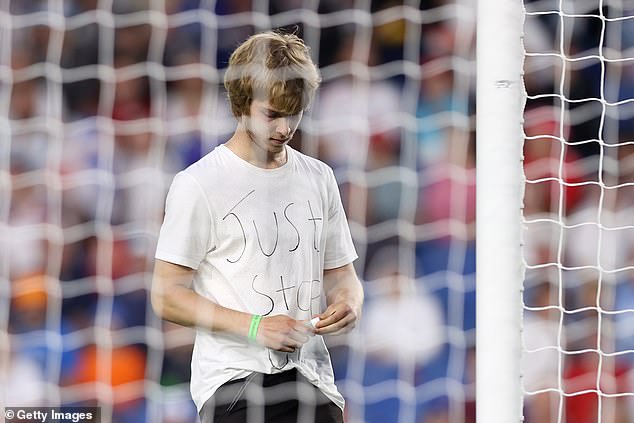 The protest drew complaints from BBC co-commentator Rachel Finnis-Brown, who quipped as the young man was escorted from the pitch: ‘It’s the slowest attempt at a protest I’ve ever seen, thankfully.’

Just Stop Oil’s interference was unable to spoil the occasion and play was quickly restarted between England and Spain. 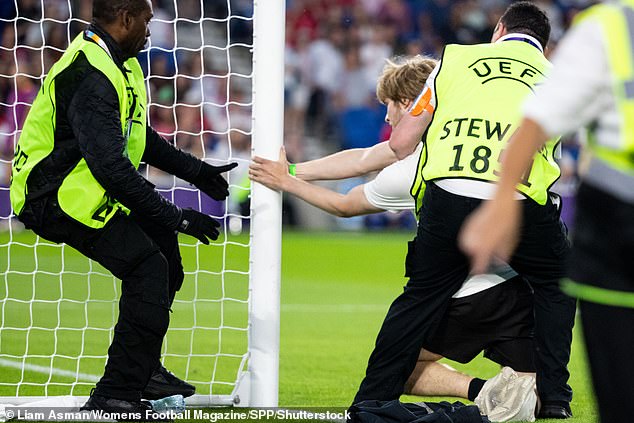 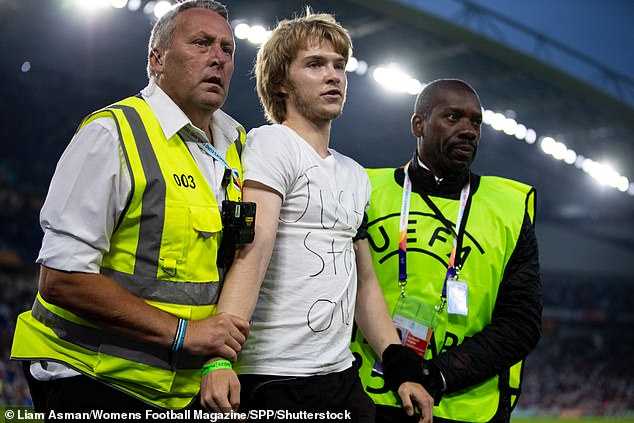 The protest hasn’t halted England’s progress in the competition. Sarina Wiegman’s side come from 1-0 down to beat Spain 2-1 after extra time.

Ella Toone’s 84th minute equaliser sent the game into a further half hour, before Georgia Stanway’s goal in extra time was enough to send England’s Lionesses into the semi-finals of Euro 2022.

They will play either Sweden or Belgium at Bramall Lane on Monday evening for a place in the tournament’s final.