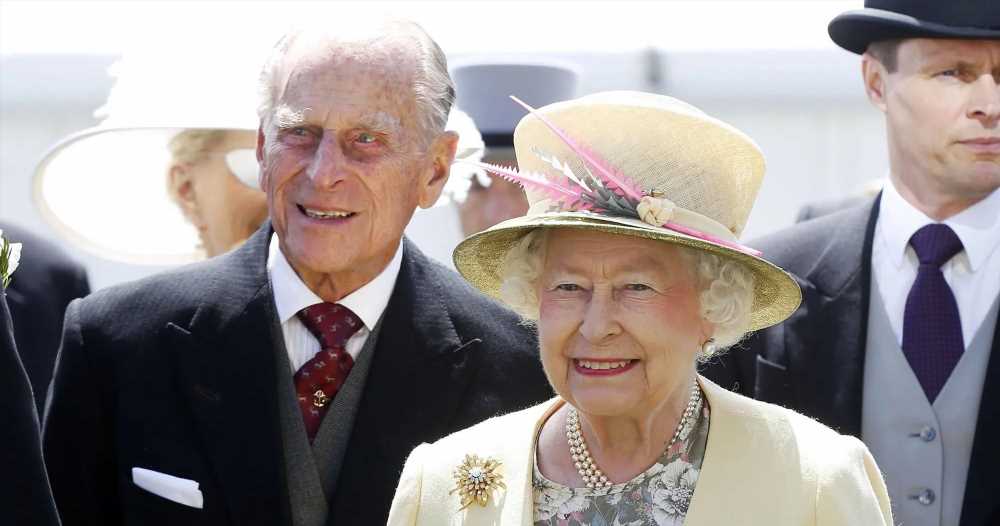 After Queen Elizabeth II’s death, her name has been added to her family grave’s tombstone.

Queen Elizabeth II’s Funeral Comes to an Emotional End — What Comes Next?

In the photo, the moniker of the late queen — who died on September 8 at the age of 96 — is etched on the gravestone above that of her husband, Prince Philip, who passed away in April 2021 at the age of 99. The ledger also features the names of Elizabeth’s parents: George VI and Elizabeth, who are buried in St. George’s Chapel as well.

The grave ledger, surrounded by several floral wreaths, sits beside one honoring Princess Margaret’s death. The queen’s late sister, who died in 2002, was cremated and her ashes were buried in the memorial chapel.

After the queen’s death, the royal family confirmed earlier this month that her casket would be “buried together” with the late Duke of Edinburgh.

Philip, for his part, had died one year earlier of old age. His family — including the long-reigning sovereign, their four children and eight grandchildren — attended an intimate funeral at Windsor Castle at the time. The memorial plans had been scaled back amid the coronavirus pandemic, which meant that he did not have a state funeral. Philip’s casket was eventually lowered into the Royal Vault on the chapel grounds without the fanfare of Elizabeth’s committal ceremony.

After Elizabeth’s own death earlier this month, Buckingham Palace announced they would move the late prince consort’s coffin so that he would be reunited with his wife after her own funeral. The late monarch — who is succeeded by eldest son King Charles III — was laid to rest in a Monday, September 19, state funeral. Members of the royal family and visiting dignitaries said their farewells during a memorial at Westminster Abbey in London and a committal service at St. George’s Chapel in Windsor, England.

A private burial took place later that evening, which was conducted by the Dean of Windsor, and attended by her loved ones without the presence of cameras.

Following the queen’s passing, members of her family have been candid about grieving the loss of the beloved regent.

“On Thursday, the world lost an extraordinary leader, whose commitment to the country, the Realms and the Commonwealth was absolute,” Prince William wrote in a statement on September 10, shared via his official Instagram account. “I, however, have lost a grandmother. And while I will grieve her loss, I also feel incredibly grateful. I have had the benefit of the queen’s wisdom and reassurance into my fifth decade. My wife has had twenty years of her guidance and support. My three children have got to spend holidays with her and create memories that will last their whole lives.”