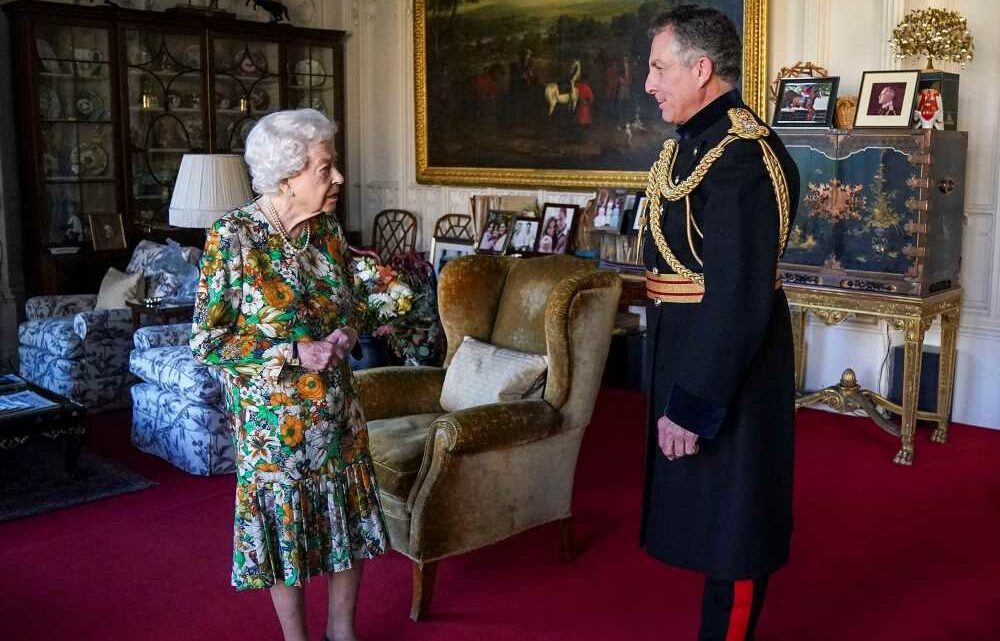 Queen Elizabeth II was back on her feet performing royal duties following a recent health scare that lead to her hospitalization.

“The Queen today received General Sir Nick Carter for an Audience at Windsor Castle upon the relinquishment of his appointment as Chief of the Defence Staff,” Buckingham Palace said in a statement on Twitter Wednesday alongside a new photo of Her Royal Highness.

The Queen, 95, was seen wearing a floral dress while chatting with the British Army officer, 62, in her weekend residence, where she has been living full-time since the COVID-19 outbreak.

Several royal watchers took to social media to share how happy they were to see the Queen back to her regular schedule of activities, though some noted that she appeared frailer than usual.

“Our Queen is back! And she looks wonderful even though it’s clear that she gets thinner and thinner but glad that she’s OK now. Welcome back ma’am! God save the Queen!” one person tweeted.

“Lovely to see HM up and about. But are her hands OK. They look very cold! X,” a second person wrote, taking note of the difference in color from the Queen’s face and hands.

“Lovely to see the Queen but I am quite worried about her, she has lost so much weight. Keep going lass as we say Up North, we need you,” another tweeted.

The Queen was spotted driving at the beginning of November, a clear sign that she was making a nice recovery from her health scare last month.

In October, the monarch canceled a trip to Ireland after being advised to rest for medical reasons, which raised concerns about her well-being.

“Her Majesty is in good spirits and is disappointed that she will no longer be able to visit Northern Ireland, where she had been due to undertake a series of engagements today and tomorrow,” the palace said in a statement to Page Six at the time.

She spent the night of Oct. 20 in a London hospital for tests, and while it’s unclear what health issues she had experienced, the palace confirmed it was not COVID-related.

British Prime Minister Boris Johnson insisted at the time that she was “on very good form.”

The Queen virtually returned to her royal duties at the end of October for a video chat meeting with the ambassador from the Republic of Korea, Gunn Kim, and the ambassador of Switzerland, Markus Leitner.

The oldest and longest-reigning monarch was reportedly in good health as recently as September, though she was spotted using a cane for the first time in 17 years during an event at Westminster Abbey on Oct. 12.

A source told us at the time that Her Majesty only had the cane “for her comfort.”

Meanwhile, Politico reported in September that the palace has long had a 10-day plan in place for when the Queen dies.

Her 73-year-old son, Prince Charles, is the heir apparent to the British throne.