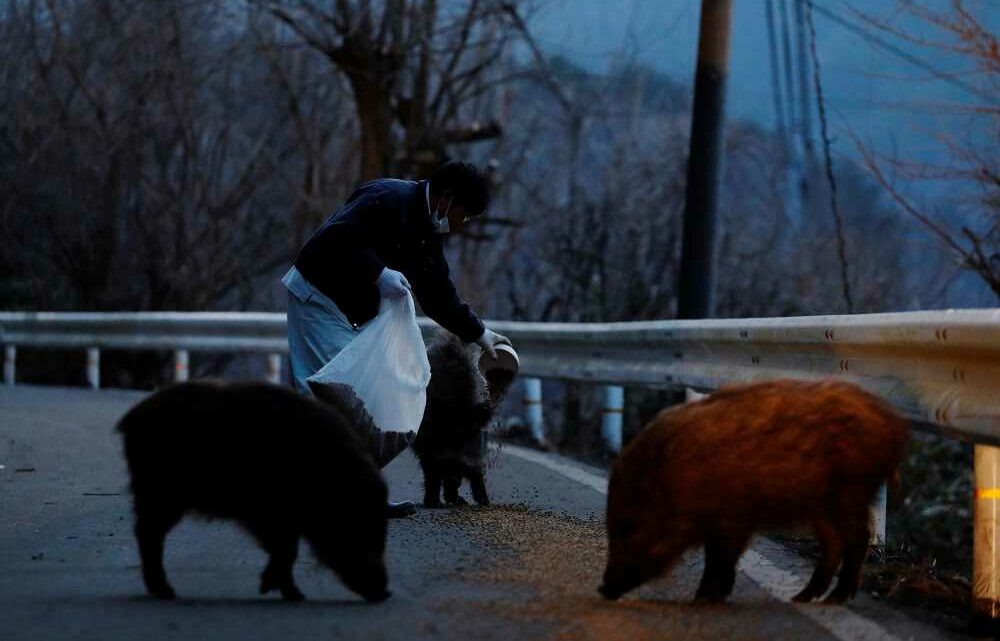 Japan to start releasing Fukushima water into sea in 2 years

The man who saves forgotten cats in Fukushima’s nuclear zone

Wild pig-boar hybrids have started roaming around Fukushima since Japan’s 2011 nuclear disaster turned the area into a vacant wasteland.

A new radioactive swine hybrid was created when wild boars that roamed the evacuated area bred with domestic pigs that escaped from farms, according to a study published Wednesday by the Royal Society journal.

“While the radiation hasn’t caused a genetic effect, the invasive domestic pig species has,” Donovan Anderson, a researcher at Fukushima University told the BBC.

The nuclear disaster, sparked by a massive earthquake and tsunami led to a “biological invasion” of the domestic pigs genes, which have been “diluted” over time by the boars, who saw their population soar in the absence of humans, researchers found.

“I think the pigs were not able to survive in the wild, but the boar thrived in the abandoned towns – because they’re so robust,” Anderson explained to the outlet.

Researchers studied DNA samples from 243 local swine and found that 16 percent of the wild boar from the abandoned area were hybrids.

People that have begun to trickle back into the radioactive area over the past few years now have a new danger to contend with, scientists predicted.

“Humans are really the only predators for these wild boar,” said Anderson. “So as people come back, it’ll be really interesting to see what the boar do.”

Did Tucker Carlson Really Vote for Kanye West in 2020?