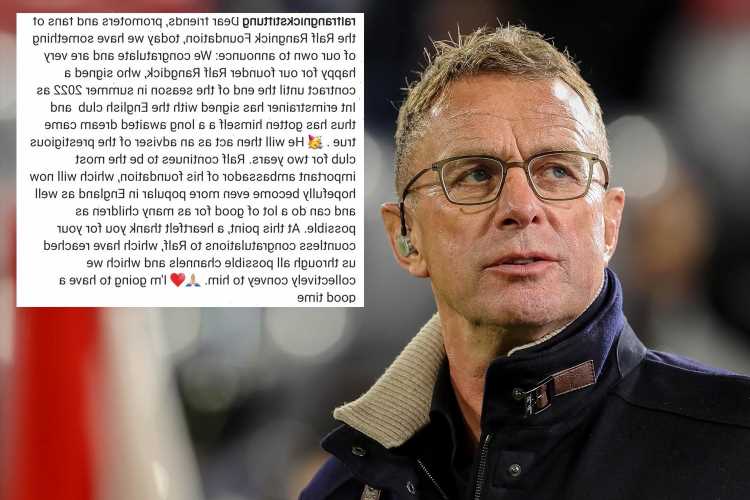 THE Ralf Rangnick foundation confirmed on Instagram the German will be taking up the reigns at Manchester United… before hastily deleting their post.

Rangnick, 63, has reportedly agreed a deal to become interim boss before taking on a consultancy role at Old Trafford. 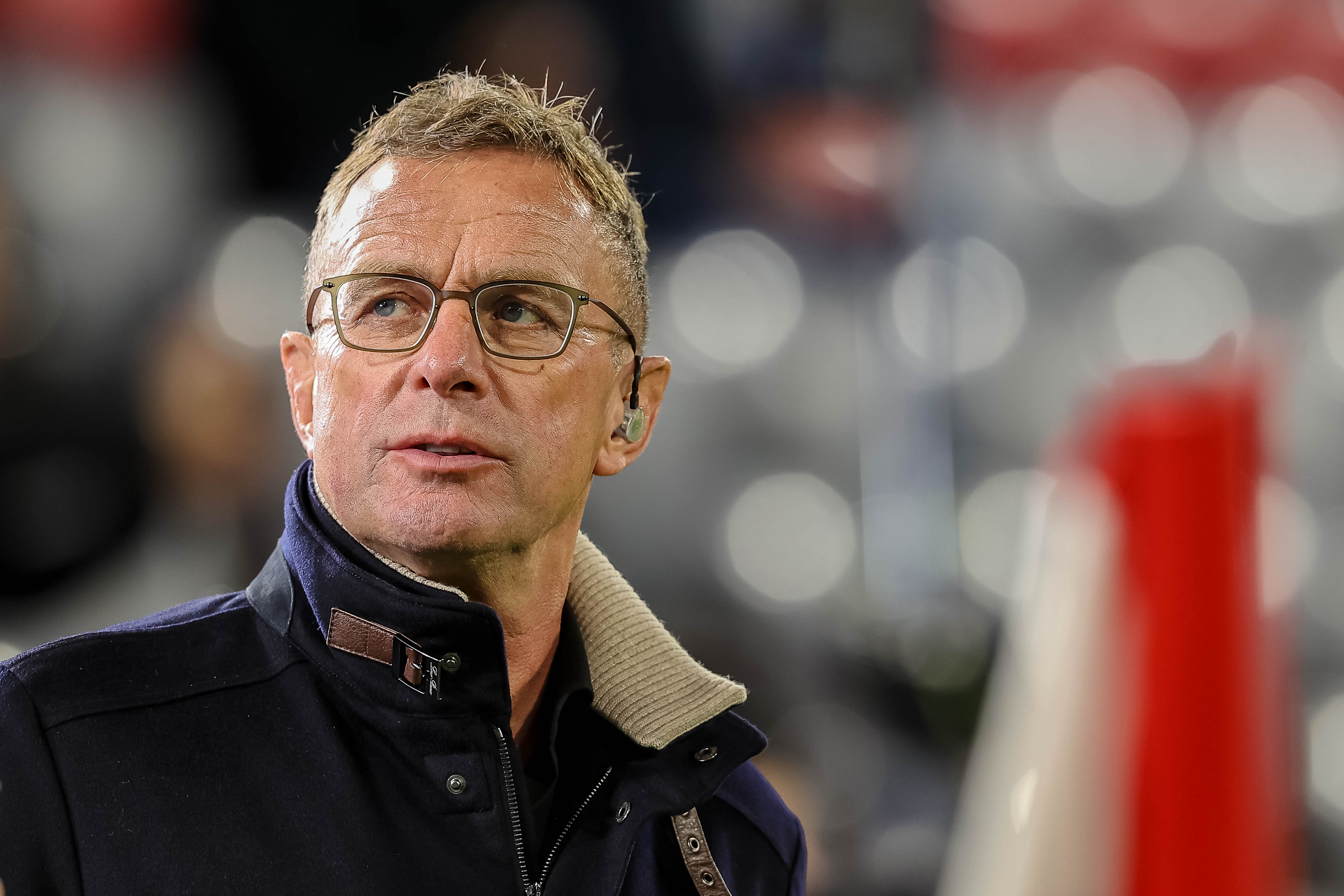 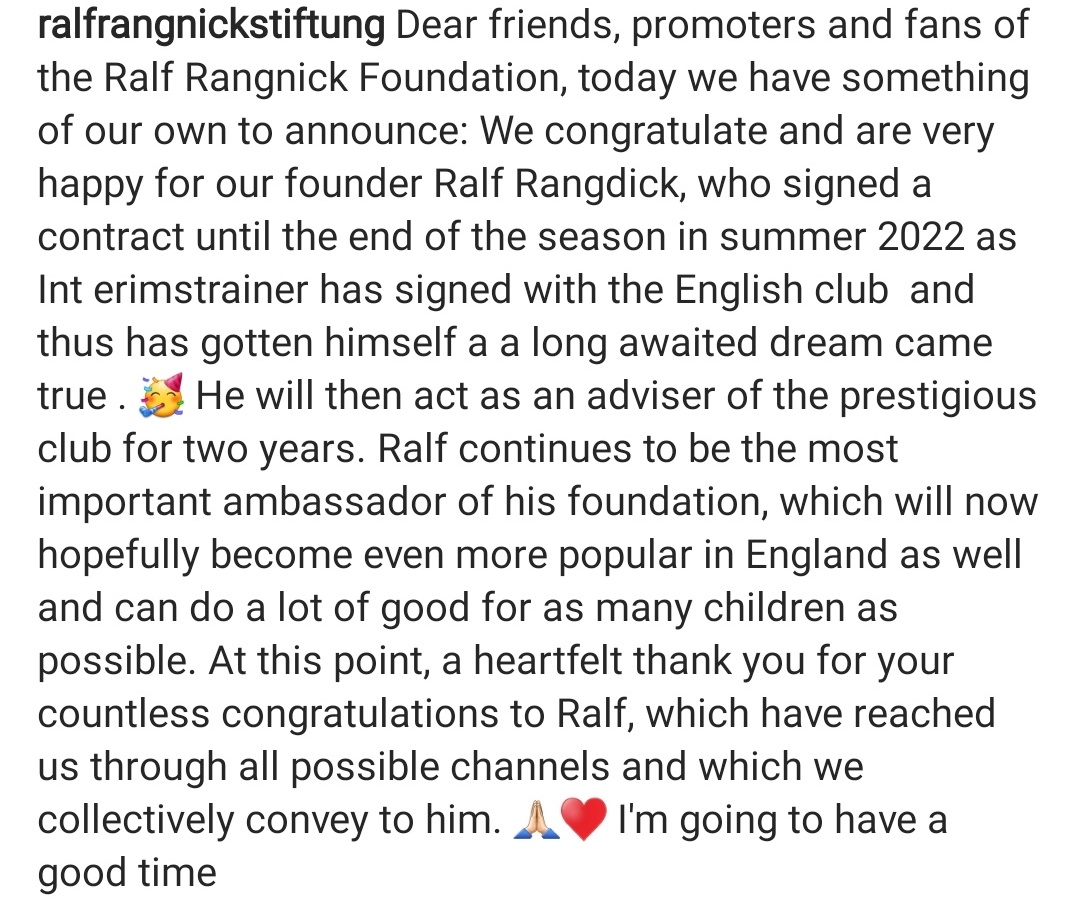 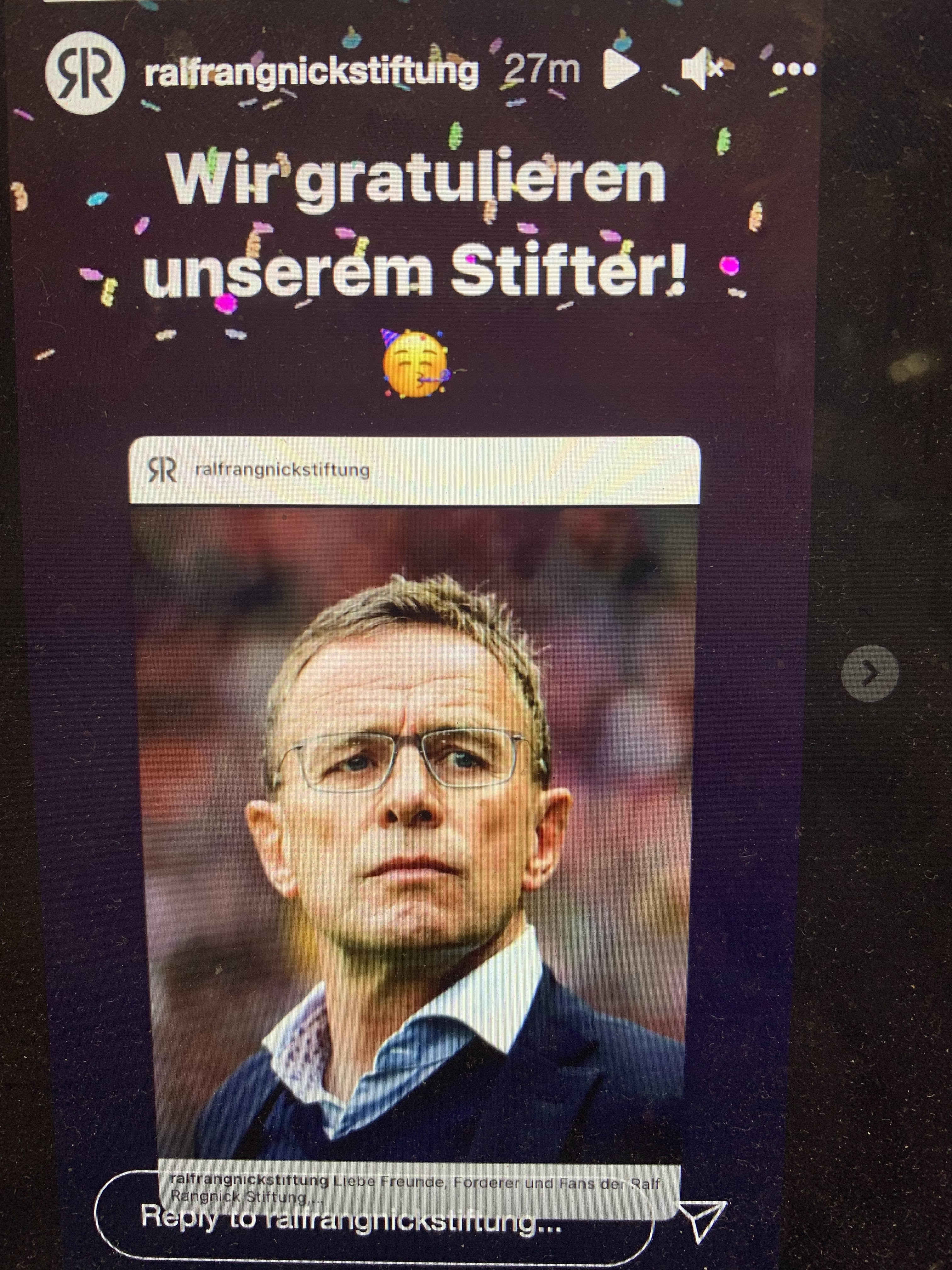 The post was up on Instagram for around 30 minutes before it was deleted, after someone had realised they had jumped the gun.

It claims Rangnick has fulfilled a 'long awaited dream' by penning a deal with Manchester United.

It read: "Dear friends, promoters and fans of the Ralf Rangnick Foundation, today we have something of our own to announce:

"We congratulate and are very hapy for our founder Ralf Rangnick, who signed a contract until the end of the season in summer 2022 as 'Interimstrainer' [interim] with the English club,

"And thus has gotten himself a long awaited dream come true.

"He will act as an advisor of the prestigious club for two years. Ralf continues to be the most important ambassador of his foundation,

"Which will now hopefully become even more popular in England as well and can do a lot of good for as many children as possible.

"At this point, a heartfelt thank you for your countless congratulations to Ralf, which have reached us through all possible channels and which we collectively convey to him."

The foundation were also forced to take down an Instagram story congratulating Rangnick on his appointment after mistakenly announcing the news.

They posted a picture of him to their story captioned: "We congratulate our founder," which was also swiftly deleted.

Rangnick's foundation was established in 2018 and helps support children in their development through primary school.

The man himself is reportedly in England finalising a move to Old Trafford.

Although contrary to his foundation's posts on official statement is yet to be announced.

As a coach Rangnick is recognised as a visionary of the game and comes with a hefty reputation in his homeland, which United will hope to cash in on.

He is said to have inspired Premier League bosses Jurgen Klopp, Thomas Tuchel and Bayern Munich supremo Julian Nagelsman with his Gegenpressing tactics.