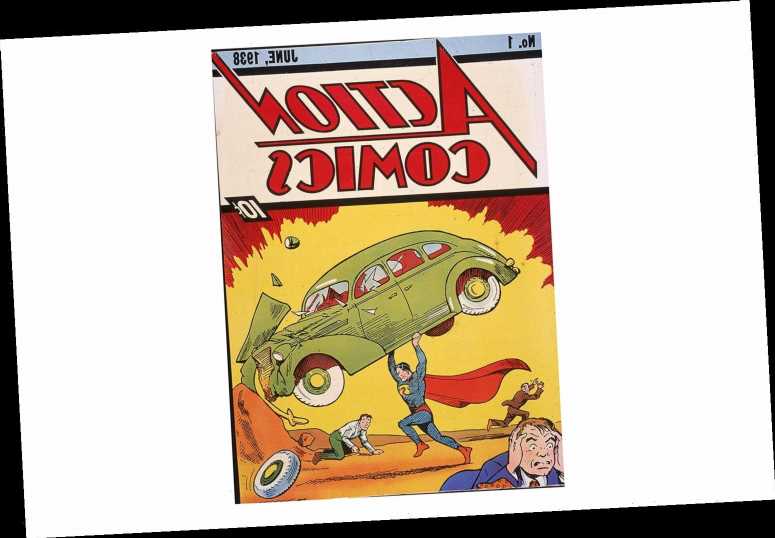 Rare Comic Featuring the First Appearance of Superman Sells for a Record $3.25 Million A legendary comic book that once sold for a dime was recently auctioned off for a record-setting price.

Action Comics #1, which features the first appearance of Superman, was sold for $3.25 million on Tuesday, online auction and consignment company ComicConnect announced.

"With collectible values trending upwards and cryptocurrencies minting new millionaires daily, I fully expect and plan on comic prices to continue to rise," Vincent Zurzolo, COO and co-founder of the auction house, said in a statement after the sale.

"I believe that comics remain the most compelling investment with values that are immature in comparison to other categories," he continued.

RELATED: Copy of First Marvel Comic Ever Made Sells for a Record $1.26M: 'This Is the Granddaddy' When it was published in 1938, Action Comics #1 originally sold for just 10 cents. The comic, written by Jerry Siegel and Joe Shuster, told the story of reporter Clark Kent and his super-powered alter ego from the faraway planet Krypton.

The issue is credited with popularizing the superhero comic book genre, which has led to the development of multi-billion-dollar movie franchises over the last two decades. Actors such as Henry Cavill, Christopher Reeve, Tom Welling and Brandon Routh have all suited up as the "Man of Steel" in big-screen versions of the character.

"This is an 83-year-old comic book in near-pristine condition that launched the entire superhero genre that is such a huge part of our popular culture," Zurzolo said of the comic. "If not for this comic and the introduction of Superman, comic books would have likely died off many decades ago."

"In my 35 years as a dealer, I've never seen the vintage comics market stronger, and I knew this Action #1 sale was always a matter of when not if," he added.

According to USA Today, there are only about 100 issues of Action Comics #1 left in existence.

How Tall Is Aaron Rodgers?