Home » Lifestyle » Remembering Betty White, a ‘Golden Girl’ Whose Longevity Was a Tribute to Her Versatility 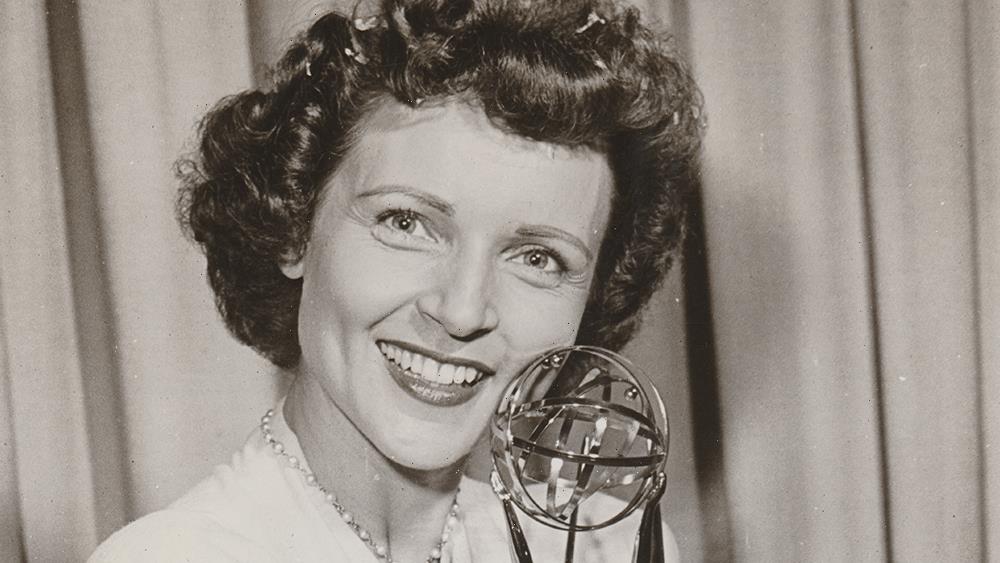 Remembering Betty White, a ‘Golden Girl’ Whose Longevity Was a Tribute to Her Versatility

Betty White’s career ran through practically the entire history of television. And before White died on Dec. 31 at the age of 99, her longevity was a tribute not merely to persistence but to the willingness of a classic Hollywood talent to be versatile and to adapt.

In moving from television in the 1940s and ’50s to late-in-life media stardom on contemporary sitcoms and on “Saturday Night Live” (with some plum movie roles in between), White was perennially able to shift gears. She brought the best of an irreducible public persona — sparkling and witty, even or especially as dim or deluded characters — to a breadth of projects that offered her chances to show different sides of her talent. Her gifts recalled the best of an era of Hollywood in which charm reigned supreme; placing those gifts in a modern context provided a counterpoint that keeps fans fascinated by White practically to the century mark.

White’s early work on camera — from which she transitioned after a nascent career as a radio performer — included “Hollywood on Television,” in which she and Al Jarvis ad-libbed for hours a day, six days a week; she soon enough transitioned to “Life With Elizabeth,” a syndicated situation comedy that White produced.

“Funny thing: Half-hour situation comedy somehow has been done again, I guess,” White jokingly told the PBS series “Pioneers of Television” in 2011, noting that “Life With Elizabeth” slightly predated “I Love Lucy.” But few of the successor series to “Elizabeth” would be made on such a shoestring: “We had about a dollar ninety-five for a budget for each show,” White joked.

Nevertheless, White was nominated for her first Emmy. It would be almost a quarter-century before she would be nominated again — she took home the supporting actress prize for her role in “The Mary Tyler Moore Show” in 1975 and 1976.

In the years between “Life With Elizabeth” and “Mary Tyler Moore,” White hardly sat idle. She played a young bride on the 1957 series “Date With the Angels” and a U.S. senator in the 1962 film “Advise & Consent,” and guested on series from “The Millionaire” in 1956 to “Petticoat Junction” in 1969. She also became a fixture on game shows, in which she could put her knack for zingers to good use. Her work as herself was so prolific that, she told an interviewer, she turned down a chance to appear as a host on “The Today Show” in the 1970s. “My decisions were not all wise, but they were done with conviction, because to me, the life you live is always more important than the job you do,” White said.

A wise choice, as it turned out: White was able to avoid early-morning call times at “Today” in New York and enter a new phase of her career in a fictional newsroom instead. As Sue Ann Nivens in “The Mary Tyler Moore Show,” White covered her character’s steely will with a smothering coat of niceties. Sue Ann was relentless in her drive to get what she wanted, but charming and polite when her show came on. It was a performance that showed White’s talent for conjuring sweetness and her ability to subvert it: Who could believe that such utter innocence might conceal a killer instinct?

White became so fundamental to the series’ DNA that it can seem surprising that she wasn’t there from the beginning. Indeed, as she told the Archive of American Television in 1997, “In the fourth season, I got a call one week — would I do that week’s ‘Mary Tyler Moore Show’? — from casting. They wanted a happy homemaker who was a sickening, icky Betty White type.”

Who better to play the type than the woman herself? White ended up appearing in 45 episodes of Moore’s show — and notably, was the last surviving cast member. Moore and White brought out something special in one another, with Moore’s ease at playing discomfort colliding against White’s utter self-assurance while twisting the knife. White’s Sue Ann could take on any adversary, even the girl who turned the world on with her smile.

The success of White’s work on “Mary Tyler Moore” begat “The Betty White Show,” a sitcom on which White played an actor forced to work with her ex-husband on a new police series. Though it left the air after only 14 episodes, it spoke to White’s careerlong interest in showing viewers the inside of Hollywood, from candid interviews to roles that teased her image in meta ways. White’s willingness to deglamorize stardom — to take roles that subverted her celebrity or to be funny and frank — makes clear that for her, the town was, first and foremost, a workplace. White loved to work, lining up TV movies throughout the 1970s and arcs on series including “St. Elsewhere,” “The Love Boat” and “Mama’s Family.”

She won a Daytime Emmy for hosting the 1983 game show “Just Men!,” on which White, so often a provocateur on programs such as “Match Game,” got to be the ringleader.

Three years later came yet another Emmy trophy — this time for lead actress on “The Golden Girls,” with White the first of her co-stars to win in the category. As Rose Nylund, the benevolent and good-hearted naif from St. Olaf, Minn., White could generally be counted on to provide the show’s heart. She could also reliably dismantle her housemates with a well-chosen line.

As on “Mary Tyler Moore,” a fundamental brightness of spirit made each of White’s attacks feel a surprise. On that show, White was malevolent; on “The Golden Girls,” she was too sweet to realize just how thoroughly she was roasting her best friends.

“Now, Rose isn’t slow-witted; she just marches to a different drum, that’s all,” White said in a 1987 interview. “Rose believes anything anybody tells her, and she takes each word at its surface meaning; she never looks for the overall meaning. And sometimes she backs into unfortunate situations.” For all the havoc she created for Dorothy (Bea Arthur), Blanche (Rue McClanahan) and Sophia (Estelle Getty), her kind intentions ensured that all would end well.

White, at this point a TV legend with two major shows under her belt, was not one to rest on her laurels, appearing in the 1995 sitcom “Maybe This Time” and earning Emmy nominations as a guest actress in the comedies “The John Larroquette Show” in 1996, “Suddenly Susan” in 1997 and “Yes, Dear” in 2003. She won for “Larroquette,” in an episode in which she appeared as herself — as a Norma Desmond-esque legend in decline, insistent on reclaiming past glory by staging a musical version of “The Golden Girls.” It was yet another example of White’s willingness to mess around with her persona.

This style of play grew more pronounced as White, who’d been the oldest member of the cast when “The Golden Girls” launched, grew into the presence
her latter-day fans know.

On “The Simpsons,” she twice played herself, more memorably in 2000 as a version who took on Homer after he failed to contribute to a PBS pledge drive. After she racked up further Emmy nominations (for guesting on “The Practice” in 2004 and “My Name Is Earl” in 2009), White’s memorable supporting role in the 2009 film “The Proposal” — as Ryan Reynolds’ twinkly-eyed, shrewd grandmother — helped kick off a renaissance. An online petition for White to host “Saturday Night Live” resulted in her appearing, supported by a passel of the show’s recent female alums, in May 2010. In her monologue, White was “herself” — that familiar blend of genuine warmth and carefully deployed killer instinct. She began with a nod to her history, mentioning her work in “Life With Elizabeth”: “And of course, back then we didn’t want to do it live. We just didn’t know how to tape things. So I don’t know what this show’s excuse is.”

It was a fascinating moment — a TV legend beamed into homes nationwide on a show that usually celebrates the brand-new, all thanks to users of a social-media app expressing their love. Part of that love may have been attributable to White’s just showing up. It’s telling that, in the lead-up to her “Proposal” breakout and “SNL” triumph, White had been appearing on “The Bold and the Beautiful.” Nothing was beneath her, other than not trying.

White used “SNL” as a springboard to “Hot in Cleveland” — the 2010 TV Land sitcom in which she plays landlady to a trio of women who’ve come to Cleveland in order to start over. It was a spin on “The Golden Girls” in which she got a new part, taking on the character whose animus, not whose oblivious niceness, drives the show forward.

Into her 90s, White kept looking for new challenges, new roles, new ways to use a medium she’d mastered to tell stories and to connect. Though she eventually receded into privacy, the list of projects she made spoke to a century of change in the entertainment industry, and a common thread of curiosity, of ingenuity and of willingness to work hard that characterizes its greatest stars.