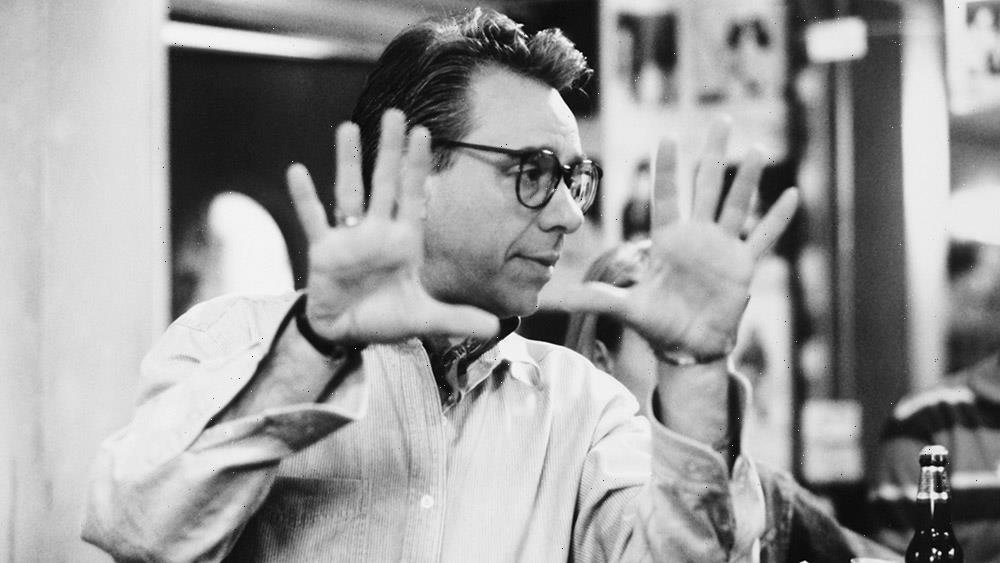 Peter Bogdanovich was born too late, but also at just the right time.

The 82-year-old film critic, historian, advocate and maker, who died Thursday, first blinked his eyes in 1939, the year Alfred Hitchcock moved to Hollywood, Mr. Smith went to Washington and John Ford made “Stagecoach.” He’d surely love to have worked during the 50-year “Golden Age” he identified as 1912-1962. And though he is most closely associated with the New Hollywood movement of the late ’60s and ’70s, his filmography feels anything but modern.

Bogdanovich’s two best films, “The Last Picture Show” (1971) and “Paper Moon” (1973) were shot in black and white decades after the format had gone out of fashion — the first a poignant elegy to a tumbleweed Texas town, as seen through the eyes of its restless teenage population, the other a Depression-era road movie about a handsome grifter (Ryan O’Neal) and his precocious traveling companion (Tatum O’Neal). And much of his remaining filmography could be characterized as an almost single-handed effort to keep the classic screwball comedy genre from disappearing altogether: daffy mega-hit “What’s Up, Doc?” (1972), the very funny “They All Laughed” (1980) and oddly flat late-career “She’s Funny That Way” (2014).

A self-styled dandy of cinema (the man wore an ascot, but not jodhpurs and beret, like a gentleman director of the silent era, and referred to movies as “pictures” till the end), Bogdanovich began his career programming important retrospectives at the Museum of Modern Art, cultivating the titans he admired most — among them John Ford and Orson Welles — as friends. He wrote books on both men, and also published a mammoth collection of interviews (“conversations,” he called them) with the likes of George Cukor, Howard Hawks and Raoul Walsh entitled “Who the Devil Made It.”

Bogdanovich occupied an unusual place in film history, in that he peaked early, artistically — after the well-deserved acclaim for “The Last Picture Show,” he never again made a film as good as that one — but remained a larger-than-life figure for another half-century, effectively inserting himself into film history as one of its stewards. Bogdanovich was never shy about sharing his thoughts on classic cinema, and an entire generation may recognize him not as a director so much as a “talking head” in documentaries and DVD extras (others likely know him best as Lorraine Bracco’s analyst in “The Sopranos”).

As the Old West reporter tells James Stewart in “The Man Who Shot Liberty Vallance,” “When the legend becomes fact, print the legend.” It has always amused me to see that quotation misattributed to the film’s director, John Ford, as doing so half-proves its point. In any case, Bogdanovich understood that philosophy all too well and was unusually gifted in spinning both his own reputation and those of the Hollywood figures he most admired. (The biggest loser in this equation was his first wife, Polly Platt, whose tragic and largely under-realized career film critic Karina Longworth brilliantly illuminates over a full season of her “You Must Remember This” podcast.)

It should be said: There’s nothing wrong about a filmmaker having trouble topping an early-career achievement. The same was certainly true of Bogdanovich’s idol and friend, Orson Welles, and in any case, Bogdanovich’s oeuvre is not without other noteworthy achievements: For those unfamiliar with his work, track down caper comedy “Saint Jack” (1979), empathy-driven mother-son drama “Mask” (1985) and the tight, unnervingly effective thriller “Targets” (the 1968 debut he made for micro-budget producer Roger Corman).

Still, it always struck me as a shame that Bogdanovich didn’t have another “Last Picture Show” in him (even though he tried to serve up exactly that with the ill-advised sequel “Texasville”). Set in 1951 and shot two decades later, the movie was as timeless when it came out as it feels today: a marriage of unsentimental nostalgia — the old cars, faded movie posters and frozen-in-time Texas town — and a then-fresh approach to dealing with sexuality on screen.

As Bogdanovich depicts it, dusty, lone-stoplight Archer (rechristened “Anarene” in the film) doesn’t have much else to offer its teenage residents, who don’t even pay the local cinema much mind, sneaking to the back of the theater to make out. In one of the film’s many unforgettable scenes, Sonny (Timothy Bottoms) keeps one eye on the big screen — where Elizabeth Taylor smolders in the dark — while kissing his girlfriend.

Apart from its title, which was drawn directly from Larry McMurtry’s novel, “The Last Picture Show” doesn’t concern cinema as much it does the fading lives of its characters: high school students clearly suffocating in such a forlorn town (the black-and-white cinematography makes it feel even more desolate), cynical adults fighting off boredom (such as Ellen Burstyn, who tells her daughter, “I thought if you slept with Duane a few times, you’d see there isn’t anything magic about him”) and old-timers like Sam the Lion (Ben Johnson, who won an Oscar for the role), whose broken dreams give the movie a haunted quality.

There’s a frank, unfussy naturalism to the “picture” that felt of a piece with the work of other directors from that period — filmmakers like Hal Ashby, Bob Rafelson and Robert Altman. That sensibility might well have been a perfect combination of Bogdanovich’s keen, early-career desire to make something capital-i “Important” and the contributions of his collaborators: McMurtry, Platt and an all-around outstanding ensemble, including the luminous Cybill Shepherd, for whom he left his wife.

With that split, Bogdanovich’s love life became a big part of his mystique, and though his Shepherd-starring adaptation of “Daisy Miller” (1974) wasn’t well received, the town couldn’t help but envy him. Here was a film geek who’d parlayed his passion into a respected career, run off with the cover girl and, when that didn’t work out, showed up with Playboy model Dorothy Stratten on his arm. That romance ended in tragedy — her murder was immortalized on film as “Star 80,” and on the page in Bogdanovich’s book “The Killing of the Unicorn.”

Hollywood could be cruel to Bogdanovich (even Welles once turned on him, poking fun at his friend’s expense during an episode of “The Tonight Show” hosted by Burt Reynolds, whom he directed in the not-good silent-era homage “Nickelodeon”). But Bogdanovich showed Hollywood nothing but love, continuing to make movies and to keep the stories of a dying generation of great directors alive, right up to his last feature, “The Great Buster,” about silent genius Buster Keaton.

Sure, he was a consummate brown-noser and a sometimes insufferable name-dropper, but he was also a master raconteur, a man with a gift for imitation who could channel the distinctive accents of Ford and Welles, etc. when quoting them. What Reynolds and Welles agreed upon in that episode — essentially, that Bogdanovich loved the sound of his own voice, and could be hard to stop once he’d gotten started — is actually his greatest charm. You see, I also love the sound of Bogdanovich’s voice, and I’ve gone out of my way to listen to the commentaries on practically all of his films over the years, as well as his rambling, occasionally self-serving, but always entertaining track for the special edition of “Citizen Kane.” (For the record, the only other director I feel this way about is William Friedkin.)

In this town, no one could tell stories like Peter Bogdanovich. And if you limit yourself to his films, you’re missing some of the best ones.

JAN MOIR: Novak Djokovic should set an example during the Covid crisis