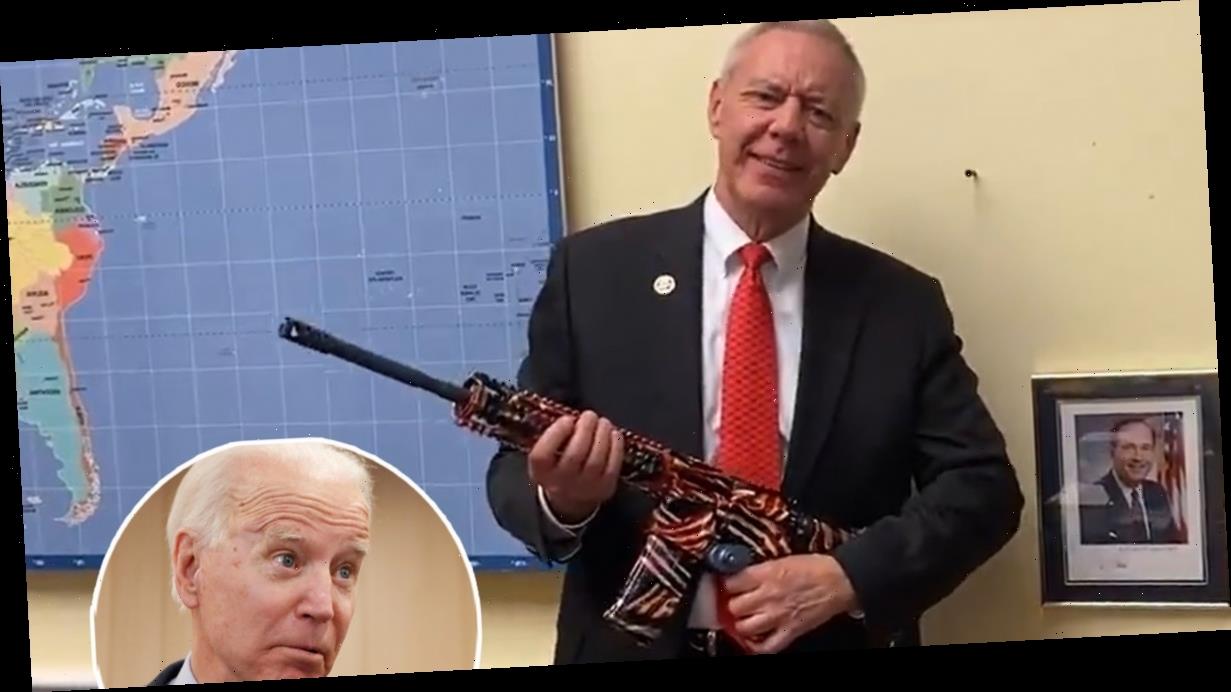 Republican Congressman Ken Buck posted a disturbing video on Twitter on Friday, daring party rivals to try and take the assault rifle he keeps in his office from him — before brandishing the weapon at the camera.

"I have just one message for Joe Biden and Beto O’Rourke," the 61-year-old politician declares. "If you want to take everyone’s AR-15s, why don’t you swing by my office in Washington, D.C. and start with this one?"

He then lifts the American flag-emblazoned semi-automatic rifle from the wall, before holding it in a high-ready position.

"Come and take it," he dares, smiling into the camera.

The tweet was met with an equal measure of disgust and ridicule.

Some questioned why he had a magazine loaded into a wall mounted gun; others asked why he kept an assault rifle at all in his district office; many more questioned his gun safety protocol.

"Flagging your cameraman with the muzzle is evidence you don’t have the discipline needed to own," one wrote.

"I love how he just pointed the AR-15 right at the camera an everyone behind it as he swings it," another said.

Most tweets, however, mocked the fact he kept a "glittery" gun on his wall.

Beto himself meanwhile said Buck was actually doing his job for him.

"This guy makes the case for both an assault weapons ban and a mandatory buyback program better than I ever could," he tweeted. "These are weapons of war that have no place in our communities, in our politics or in our public discourse."

Meanwhile, Buck previously insisted the gun is not loaded, has a trigger lock, and had its bolt carrier assembly removed.

"Putting a trigger lock on an inoperable gun is like putting a chastity belt on a eunuch," he told The Washington Post in 2015.

"The only dangerous thing about that gun is if someone took it off the wall and hit somebody else over the head with it."