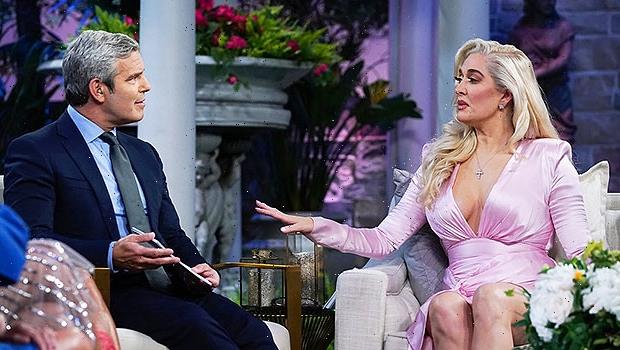 Erika Jayne is ‘trying’ to find a new man after splitting with Tom Girardi, she revealed during Part 1 of the ‘RHOBH’ reunion on Oct. 13.

When the Real Housewives of Beverly Hills reunion kicked off on Oct. 13, Erika Jayne faced viewers’ hard-hitting questions head-on as she revealed surprising facts about her life. For example, after she said she made sure that she looked “hot” and “single” for the reunion, host Andy Cohen asked about her love life and whether she’s been dating since her split with Tom Girardi.

“I’m trying [to date],” she admitted before asking Andy for some “help”. And then when he asked her what kind of guy she’s looking for, she said, “something with a big penis.” Yes, really. 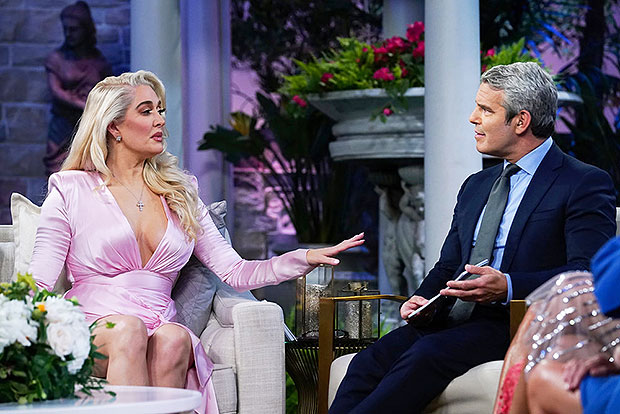 “Really? Okay…,” Andy replied, before Erika unashamedly added, “I would like some hot sex.” Kyle Richards jokingly said that Erika’s likely going to have “a lot of takers” after that comment, and Erika welcomed it. She said her DMs are very “open”.

After that, Erika mostly stayed in the background as the other ladies dealt with their issues between each other. But in the final few minutes of this week’s episode, Andy started questioning Erika on the end of her marriage. He asked her why she hadn’t left Tom after first finding out he was cheating on her. And Erika said, “The cheating was [just] a part of it. There’s so much more there, and I’ve said to Tom, ‘If you are in love with someone else, divorce me, and go be with her,’” and she claimed he said “nothing” in return.

Then, when Andy asked Erika whether she remained “faithful to him“, the episode ended before she could answer. We had a feeling it’d take a bit to get to the drama surrounding Erika, but it looks like we’ll start getting the real dirt next week.