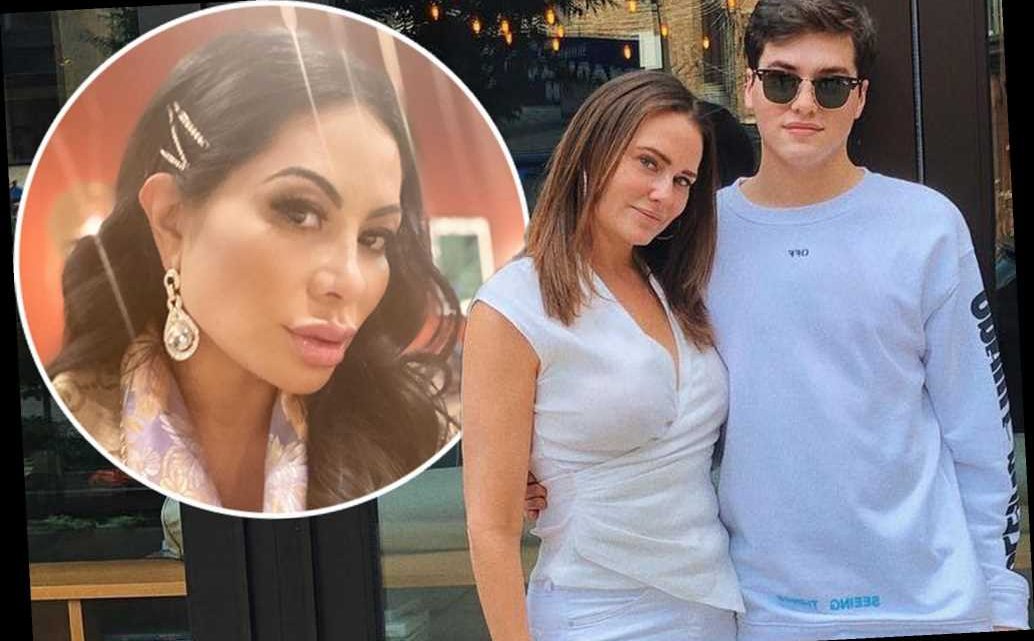 Meghan McCain is looking for intel on Jen Shah’s arrest

Brooks Marks may not be a “Real Housewife,” but he can dish out the snark as well as anyone on the reality show.

The 21-year-old son of “Real Housewives of Salt Lake City” star Meredith Marks caused an online frenzy when he posted a video of himself lip-syncing to the rap song “MAMA” — a move some saw as a dig at criminal charges facing cast member Jen Shah.

The video showed Brooks mouthing a line from the tune by 6ix9ine, Kanye West and Nicki Minaj that said, “She threw dirt on my name, ended up at her own burial.”

“Ok Brooks Marks is messy and I love it,” one fan quipped.

“Damn this season is going to be lit lol,” another chimed in.

A third commented, “In the tracksuit makes it more funny.”

The young clothing designer’s seemingly snarky post comes just two days after Shah was busted for allegedly ripping off hundreds of victims in a telemarketing scam.

Despite the timing, an insider told Page Six Thursday that Brooks didn’t mean any harm.

“Not sure what you are all interpreting here but there are no hidden meanings on his posts. He is simply lip syncing to one of his favorite artists. Take it at face value rather than reading into it💖,” she said.

Meredith and Shah got into an argument over how Shah treated Brooks at the “Real Housewives of Salt Lake City” reunion, with Meredith slamming Shah for attacking her son on social media after he claimed he saw Shah’s private parts while she was at the Marks family’s home.

Meredith also shared receipts on social media that Shah was liking mean tweets about Brooks and said during a “Watch What Happens Live with Andy Cohen” appearance that Shah “has made not passive-aggressive, but aggressive-aggressive digs on Brooks all over social media and it’s not nice. I wouldn’t talk about anyone else’s children.”

But, it seems that all is well — at least on a personal level — in Utah now.

A source close to production told us that Brooks “was just being Brooks on social media and didn’t intend to add fuel to the fire.”

The source added that he and Shah “are in a better place” since Season 1 of ‘The Real Housewives of Salt Lake City’ wrapped.”

Season 2 of the Bravo series is currently in production. It is unknown how much of Shah’s arrest will be aired.