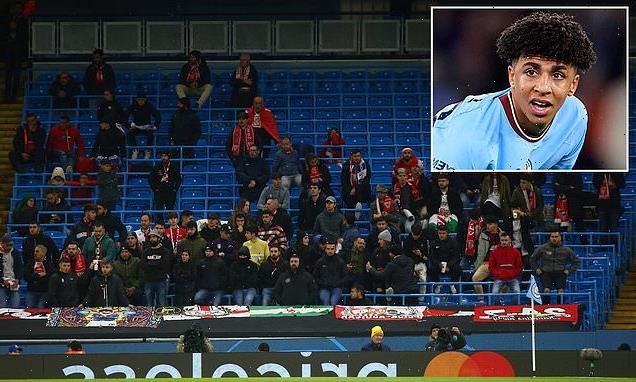 Lewis became the youngest ever player to score on their full Champions League debut when he equalised during the 3-1 victory over Sevilla on Wednesday night.

The 17-year-old was substituted late on but subjected to abuse by away supporters during a walk of the Etihad Stadium’s perimeter back to the bench. 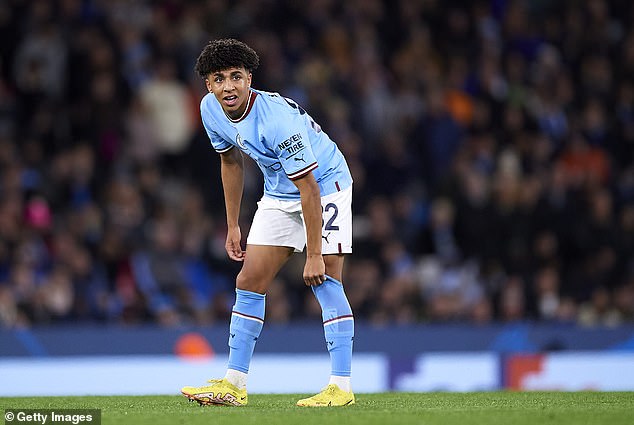 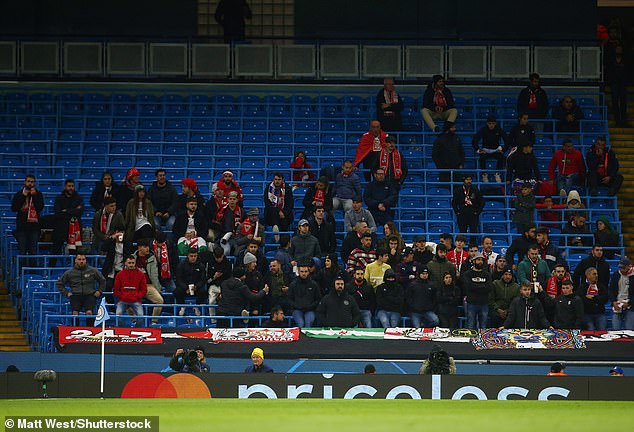 Lewis did not report the incident himself and his club revealed that Greater Manchester Police had made two arrests on on Thursday.

‘Manchester City strongly condemns the racist abuse that Rico Lewis was subject to from Sevilla supporters at yesterday’s match,’ a City statement read.

‘We understand that two arrests have been made and are continuing to work with Sevilla and GMP to investigate this matter.

‘We will not tolerate discrimination of any kind at our stadium and will be offering our full support to Rico following these vile incidents.’ 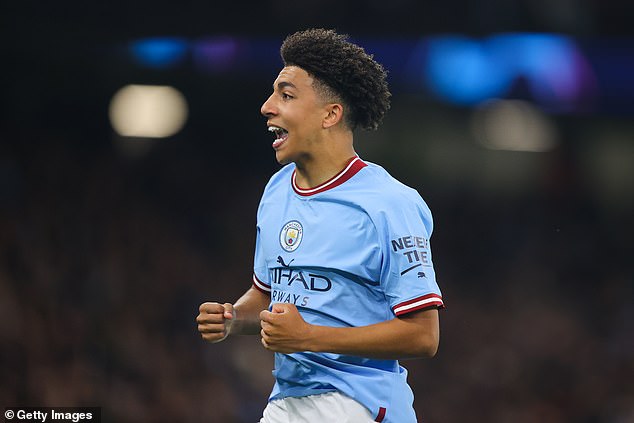 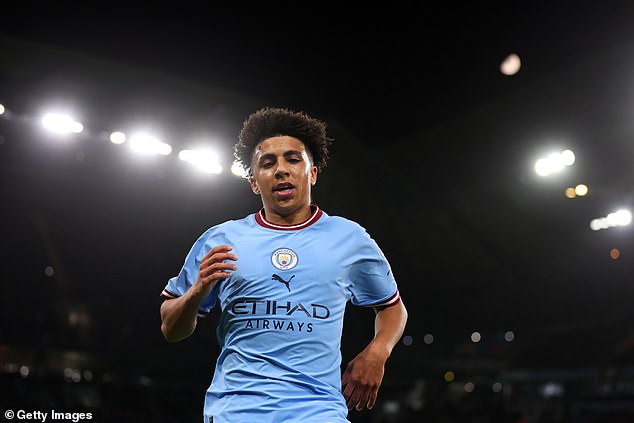