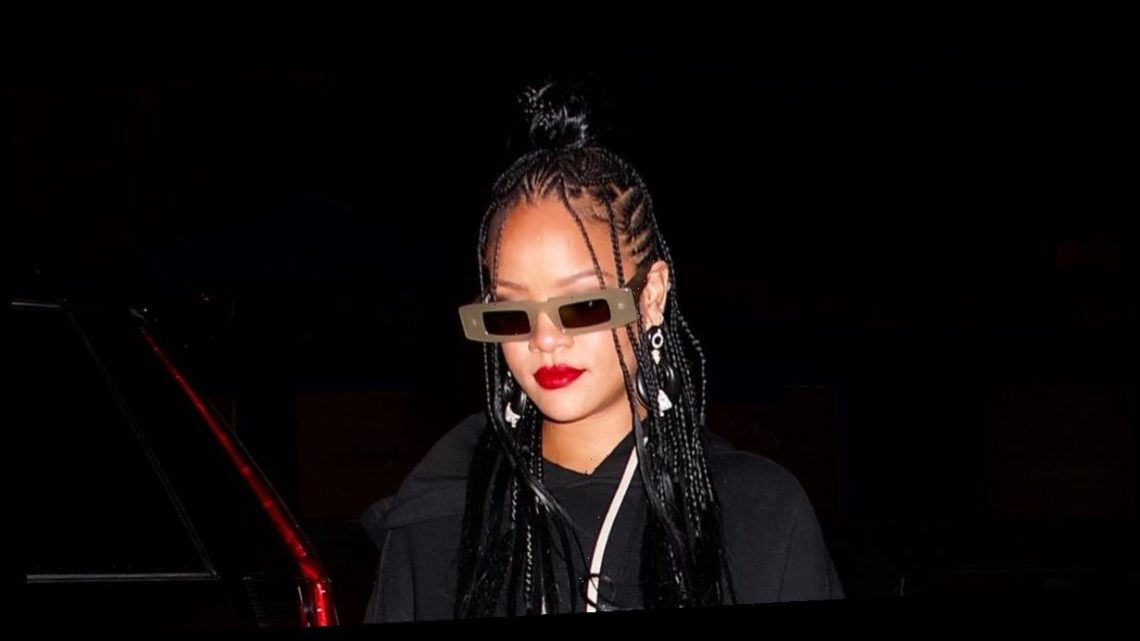 Rihanna has blown her fans away in a chic black miniskirt.

The Barbadian singer looked every inch a star as she headed on an evening out at plush Italian eatery Giorgio Baldi in Santa Monica, California.

Savage X Fenty founder Rihanna, who has a staggering 93.7million Instagram fans, gave her admirers plenty to smile about as she strolled into the restaurant.

The 33-year-old stepped out in a barely-there miniskirt with triangular side slits, pairing the garment with an oversized hoodie and wacky designer rectangular shades.

Just for good measure – and to complete her stylish all-black look – the beauty sported some lace-up black high heels.

Amazingly, Rihanna’s last album was released as far back as 2016, when she released Anti.

Marking its five-year anniversary, the singer celebrated the album becoming the first album by a Black female artist to spend half a decade on the Billboard200 charts.

She wrote on her Instagram page: “Grateful to the most High for putting die hard supporters in my circle.”

After laying eyes on the anniversary post, Rihanna's fans went into meltdown, with many wondering whether she was considering a return to the recording studio.

Since the release of Anti, the successful businesswoman has established a billion-dollar cosmetics and lingerie empire, meaning her music can go on the back-burner when she so chooses.

Luckily, the Umbrella hitmaker has teased that she still might release new music because of the high demand from her many admirers.

“I am always working on music and when I am ready to put it out in the way that I feel fit, it's gonna come out,” she revealed to Entertainment Tonight in July last year.

“You're not going to be disappointed when it happens. It's going to be worth it. I'm not just gonna put it out just because people are waiting.

“It's taken this long, I'm gonna make it worth it.”