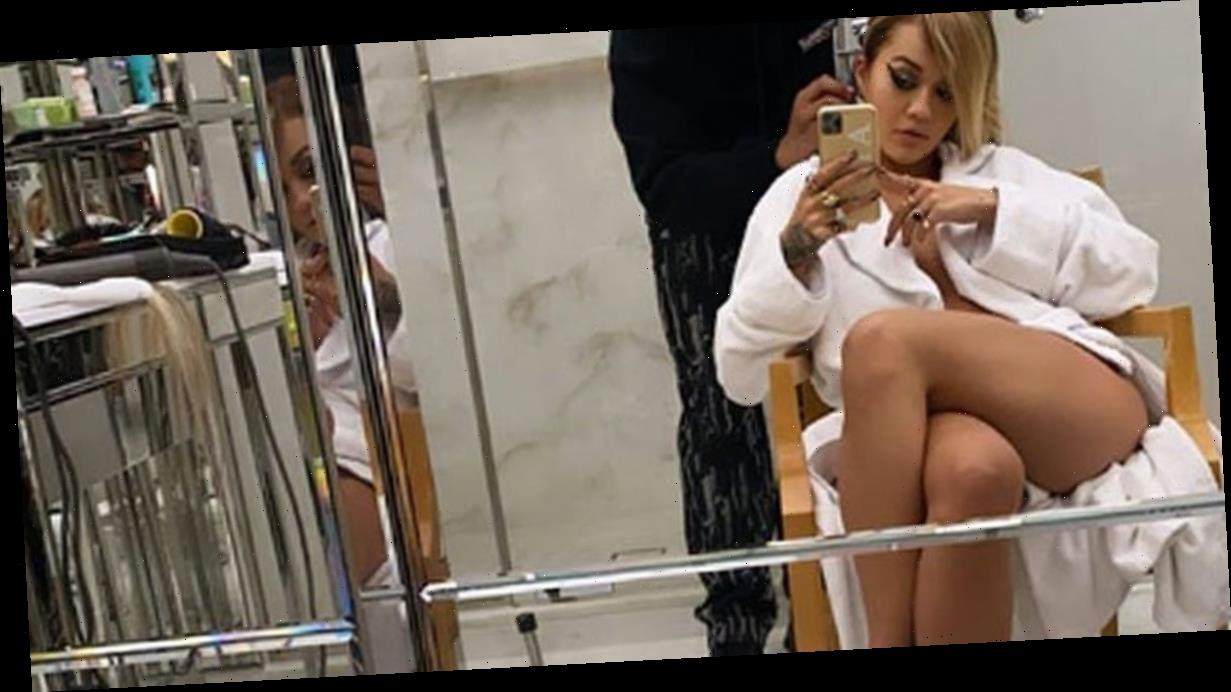 The chart-topper, who released her second album Phoenix in 2018, took to her official Instagram story to tease a string of behind the scenes snaps from her trip to Paris.

The Let You Love Me songstress is currently the French capital for Fashion week.

Posting to her army of followers, Rita, 29, could be seen posing in her hotel mirror in nothing but her dressing gown.

Relaxing as a member of her glam squad busy worked on her hair, Rita sent imaginations into overdrive as she put her killer pins centre stage.

Ditching her trousers, Rita teased glossy legs as she snapped away in the mirror.

She simply captioned the shot: "Getting ready."

The Only Want You babe modelled a long dark blue and red trench coat with statement black leather gloves.

Rita has recently returned to work after taking some time out to have an operation on her tonsils.

Posting to Instagram, the starlet revealed she was in agony.

Rita said: "So these past two weeks I under went a Tonsillectomy and let me tell you, it’s no joke.

'It’s so painful, but on the plus side it’s given me time to reflect relax and heal.

"It’s a blessing to be able to heal in peace and put everything into perspective and visualise the rest of your year and what’s coming or what you want to achieve.

'I am such a believer in setting intentions into the universe as it DOES listen. Also learning new things has always been a obsession of mine."