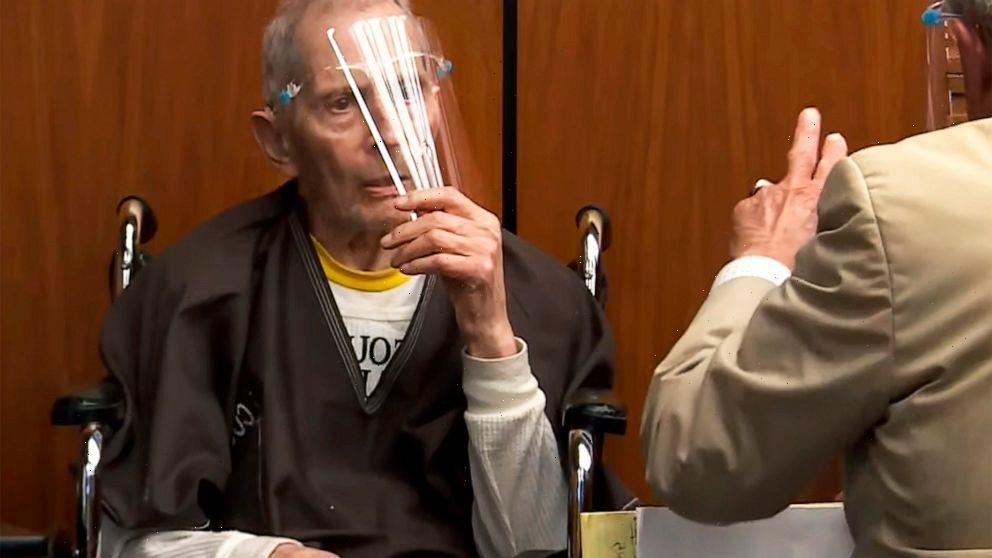 LOS ANGELES — Robert Durst knew it would look bad if he was discovered to have written a note with the word “cadaver” directing police to the lifeless body of his best friend.

So the New York real estate heir lied about it for years.

Durst admitted publicly for the first time Monday at this murder trial that he had, in fact, penned the note, though he denied killing Susan Berman.

Durst said it was so hard to fathom that the author of the note and Berman’s killer were not the same person that even he questioned the plausibility of what he was telling jurors.

“I mean I have difficulty believing it myself,” he testified in Los Angeles County Superior Court. “It’s very difficult to believe, to accept, that I wrote the letter and did not kill Susan Berman.”

The note is one of the only pieces of evidence linking him to Berman’s killing and Durst used his fourth day of testimony to try to convince jurors he unwittingly discovered her body and then tried to alert police without drawing suspicion.

Durst, 78, the estranged eccentric heir to a commercial real estate fortune in New York, is charged with murder in Berman’s December 2000 killing.

Durst is expected to be grilled later during cross-examination on what prosecutors say were dozens of lies and inconsistencies on the witness stand.

“He has perjured himself probably 100 times and that’s not hyperbole,” Deputy District Attorney John Lewin said while jurors were out of the courtroom.

In their efforts to prove his motive, Los Angeles prosecutors have introduced evidence Durst killed his wife in New York in 1982 and that the fatal shooting of his neighbor in Texas in 2001 was not merely an accident.

Prosecutors say Durst silenced Berman before she could tell New York investigators how she provided a false alibi when Kathie Durst vanished.

Durst has denied killing his first wife and has never been charged with a crime connected with her disappearance. Her body has never been found, but she has been legally declared dead.

In 2001, the year after New York police reopened the Kathie Durst investigation and about nine months after Berman’s killing, Durst fatally shot his neighbor in a Galveston, Texas, boarding house. Prosecutors said Durst, who had gone into hiding there disguised as a mute woman, killed Black because the older man discovered his true identity.

He was acquitted of murder after testifying he shot Black in self-defense during a struggle for a gun. He was convicted of destroying evidence for chopping up Black’s body and tossing it out to sea.

Durst, who skipped bail while awaiting trial in Galveston before eventually being arrested for shoplifting a sandwich in Pennsylvania, testified that he considered committing suicide while he was on the run.

“I was going to shoot myself because I couldn’t imagine being a fugitive,” he said.

Durst, who is frail and suffering from a series of health problems, spoke in a soft, raspy voice as he denied killing Berman, his longtime pal who served as a spokeswoman when his wife went missing.

He displayed no emotion about finding Berman dead when he showed up at her Los Angeles house during a planned visit a few days before Christmas.

Durst said there was a note taped to Berman’s front door telling him she had gone for a walk. He said he let himself inside with a key when she didn’t answer repeated doorbell rings or knocks.

A backyard door was open and he found Berman lying on her back on a bedroom floor, he said.

“I did a double take when I saw Susan,” he said. “I put my hand over her face … to see if she was breathing, to see if I felt breath. It felt cold. Then I grabbed her by her arms … her head just hung down.”

He initially thought she was injured from a fall, but eventually concluded someone killed her.

He said he tried calling 911 from her home, but the battery in her cordless phone was dead. He decided to leave the house after hearing neighbors walking by and thinking he would be suspected if he was found inside with the body.

Durst said he stopped at a pay phone near Sunset Boulevard and dialed 911. He didn’t want to provide his name to the dispatcher and considered providing a phony name. But he concluded his distinct voice would eventually be recognized on the recording, so he hung up.

Instead, he mailed a note to police that simply said, “CADAVER” and included Berman’s address. The envelope misspelled Beverly Hills as “Beverley.”

Durst had always denied writing the note — to police and documentary filmmakers who confronted him with a letter he once sent Berman with nearly identical handwriting and the same misspelling of Beverly.

The gotcha moment provided the climax to “The Jinx: The Life and Deaths of Robert Durst.” After concluding the interview, Durst went to a restroom with a live mic and muttered to himself: “Killed them all, of course.”

After the judge ruled that prosecutors could present evidence showing he wrote the note, his lawyers conceded that Durst penned it. His testimony was the first time he’s publicly described finding Berman and writing the note.

Durst denied killing Berman and said he had no motive to kill her. He denied that Berman, who was in financial trouble and had been supported by him over the years, had been blackmailing him.

Following Berman’s death, Durst said he drove north about eight hours to the San Francisco airport where he left his car at the curb — with the motor possibly still running. When asked about his state of mind, he didn’t mention mourning the loss of his longtime friend.

“I was trying to decide if anyone would believe I had killed Susan Berman,” he said.