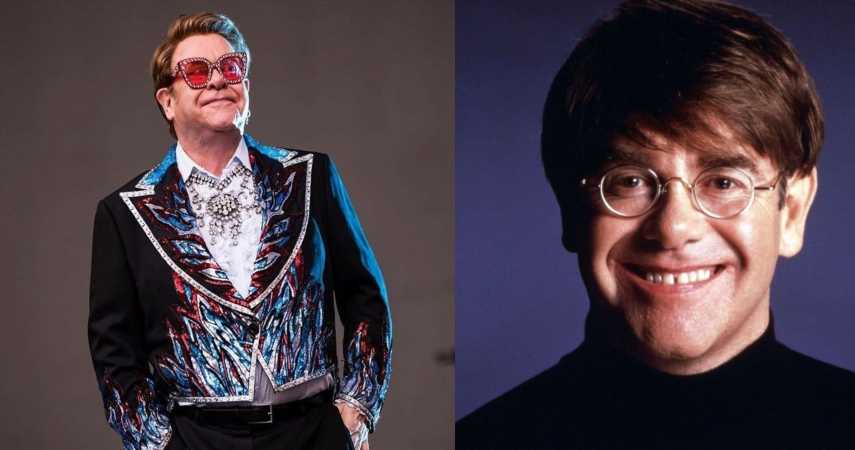 Elton John is one of the most legendary musicians of our time. His career has spanned decades, and he has been a true fixture in the music scene since the moment he stepped foot on a stage. His eccentric energy is undeniable, and his talents are recognized by fans of all ages, across the globe.  A true legend that lives among us, Elton John has more accolades to his name than can be easily listed, and in 1998, he received an honor so unique and so significant that it belongs to nobody else in the world but him. In an incredible display of sheer honor, The Current reports that he was knighted by Queen Elizabeth II at Buckingham Palace, making him Knight Bachelor for “services to music and charitable services.” This is how the honorable Sir Elton John earns and enjoys his massive $500 fortune.

Of course, music is the key to Elton John’s success and the fabric of his fortune. Getting his start in the late 60s meant that he relied upon album sales to generate his wealth. His Empty Sky album was released in 1969 and was followed by Elton John in 1970 which immediately soared to the number one spot on the Billboard 200 chart.

1972 saw the release of Honky Château, and from there, his popularity began to soar.

His tours were sold out, his albums were flying off the shelves, and he had a loyal, dedicated fan following that cannot properly be measured by today’s standards. Elton John was able to soar to incredible heights without the use of modern day aids such as social media platforms and the internet. His fans lined up to buy albums from stores. His songs played on the radio. Fans truly showed their dedication, and Elton poured new music onto them regularly.

His smash hits such as I’m Still Standing, Little Jeannie, and I Guess That’s Why They Call It The Blues will forever be a part of American history, as will his monumental performance of Candle in the Wind in 1997 at Princess Diana’s funeral. This song alone soon became the best-selling single of all time, and sold 33 million copies internationally.

Elton John has amassed a fortune from the sale of his music, and continues to earn money on his previously released music.

His elaborate collection includes some very pricey vehicles including a Pink Rolls Royce Phantom V, A Ferrari Testarossa, an Aston Martin, and a 1993 Jaguar XJ220 and many more.

The shocking twist to his car collection is that many of his expensive cars remain undriven. In 2001, Elton John stunned the press when it was determined that he sold 20 of his personal cars that he had never sat in, which were valued at way over $2.7 million.

Elton John produced the incredible theme song to the Lion King, and when he released Can You Feel The Love Tonight, he attracted an entirely new fan base in addition to appealing to his current following of loyal fans. This song garnered him his first ever Academy Award and he went on to create the live-action remake of the Disney cartoon.

He signed on to re work his hit song as well as the song Circle Of Life, and was paid a whopping $13 million for his contributions.

The Telegraph reports that in 1990, Elton John was dating his manager, John Reid, and on a whim, he felt like expressing his love and sending him flowers. He spent a jaw dropping $450,000 – and keep in mind, this was not for a special occasion, it was ‘just because.’

Sir Elton John went on record to say; “Yes, I like flowers. I don’t have anyone to leave it to. I’m a single man. I like spending money.” Of course, he has children and more liabilities now than he did back then.

He penned a contract with Warner/Chappell Music which saw the organization strike what the Los Angeles Times calls the “biggest publishing deal in their history,”

Elton John effectively handed over rights to Warner/Chappell who could now use his music for all work done up until that point and for the next four consecutive albums that he was set to release. This deal”only gives the company a license to administer John and Taupin’s catalogue, earning an estimated 15% to 20% of the total royalties collected. The writers retain ownership of the songs and collect the remaining 80% to 85% of the royalties.”

A huge part of Elton John’s signature look lies in his collection of eccentric, colorful, sunglasses. In fact, he has one of the biggest collections of sunglasses in the world.

He has over 250,000 pairs of shades in his collection, and Elton John has had to build an entire walk in closet to house them. His obsession with his sunglasses is so real that Inspiration Feed reports; “Elton has been known to request a separate hotel room just for his glasses when he is on tour in different locations, such as the shades obsession he has.”

Elton John’s Las Vegas residency was a true success in every sense. This performance mode has proven to be a successful model for everyone that is lucky enough to be part of it, but Elton John truly smashed records when it was his turn on that stage.

His residency for The Red Piano and The Million Dollar Piano at The Colosseum grossed $297 million, of which he was said to have received 88% of all the door revenues that were generated.

Many celebrities own yachts, but few of them own one as superior as the one Elton John has. His is a 164 foot mega yacht with a 50 inch wide plasma. It can sleep up to 8 guests and 12 crew members.

Featuring a large entertainment center that has a 50-inch wide plasma TV, this massive yacht was purchased by Elton John for around $25 million dollars and is one of the most luxurious items he has purchased for himself.

When it comes to spending money, Elton John does so without hesitation. One of his biggest shopping indulgences happens to be his collection of fine art.

He owns original pieces from Mapplethorpe, Damien Hirst, and Warhol, to name a few.

It has been estimated that his art collection is worth just over $200 million, and he has spoken about opening a museum to showcase his incredible art collection to the general public.

He loves to live well and money spent on homes is never held back.

He has a lot of property in his ownership- far too much to list – however, there are soem notable addresses which are worthy of special mention. His primary, Old Windsor Berkshire was worth well over $5 million. He owns property in New York, France, Atlanta, Los Angeles, and Italy.

His Beverly Hills Estate is worth a jaw dropping $33 million, and is  located in the affluent Trousdale Estates region in Beverly Hills, California. This 3 story villa spans over a massive 25,000 square feet and boasts a series of elevators to navigate the property.

Everything The Sculpt Society’s Megan Roup Eats In A Day