Home » Lifestyle » Roe v Wade: Men, think about it, this would affect your lives 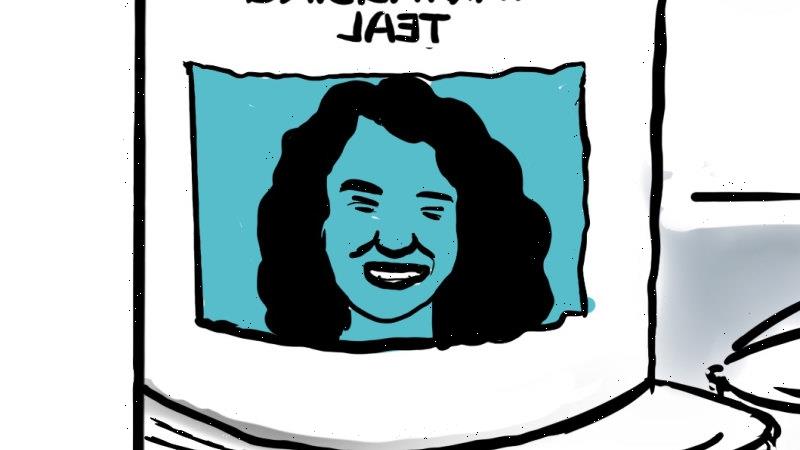 Roe v Wade: Men, think about it, this would affect your lives 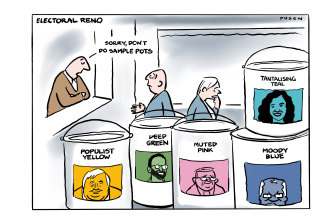 If men were told that legislation was being changed that would affect all areas of their lives – financial, employment, housing, physical and mental health, travel and relationships – how would they react? No doubt like many people having heard Roe v Wade may be overturned.
Susan Spencer, Birregurra

Decision will turn back social progress
Martin Newington (Letters, 5/5), in applauding the US Supreme Court’s draft decision to overturn Roe v Wade, hopes Australia will adopt the “enlightened American attitude” – an oxymoron if ever I saw one. This will turn back social progress by half a century and will only increase the burden on the underprivileged in the US, who will be forced to travel to exercise their reproductive rights, and inevitably lead to an increase in morbidity and mortality from poorly controlled, illegal abortions. This same agenda is being driven by right-wing forces in the US who also vehemently object to gun-ownership control and the concept of universal health care. These reactionary ideas are far from “enlightened”, and in no way “defend the weak”.
Bruce McClure, Middle Park

Two questions that need answering
Two questions anti-abortionists fail to answer: are they willing to adopt the unwanted babies? Otherwise, what happens to them?
Stephanie Howell, Brunswick

This level of comfort is disturbing
For a country that was terrified of universal healthcare because ″⁣the government would be sitting in the consulting room″⁣, they seem disturbingly comfortable having the justices of the Supreme Court advising women on their healthcare.
Peter McGill, Lancefield

Please, show some empathy
Martin Newington, who gives you the right to speak for women and their fertility? When you return in your next life as a woman, I hope you have to deal with the trauma of an unwanted pregnancy. Show empathy to those women in the US who have fought bravely for their rights.
Wendy Daniels, Hawthorn

It’s all about control of women
Martin Newington’s suggestion angers me on so many levels. This attitude is all about control of women and especially control of the poor and minorities who, unlike the rich, will be unable to travel to states that permit abortion and pay high prices to procure an abortion. Their pregnancies may be the result of incest, rape or abuse. Fatalities from backyard abortions will surely increase. Where’s the compassion? Who will pay for medical care, provide safe housing, education and the necessities a responsible society should provide for their children?
Wendy Hinson, Wantirna

Housing priority
Home ownership, secure rental, and affordable housing all seem to come to the fore at election time. At any time homelessness, mortgage stress, unaffordable, insecure rental are a societal crisis. If you don’t have housing security, whether it be ownership or rental, you can’t participate in society. You are simply a statistic, ranked by all as a failure.
The fact is that it isn’t the homeless or the housing stressed who are the problem, it is the failure of our elected representatives to acknowledge a basic fact, and that is we can’t afford a homeless or housing-stressed community. The first priority of any government is to ensure all of its people have the most basic of all primal need, secure shelter. The money is there, it’s poor priorities that are the problem. Secure housing means a healthier population, and isn’t that what we all want?
Marion Harper , Reservoir

Flaws in the applause
I always love it (sarcasm) when a man feels the need to applaud the move to ban abortion when it is women’s bodies involved.
Patricia Earnshaw, Ashwood

Shades of criticism
Thank you, Robert Preston, (Letters, 6/5), for pointing out so succinctly the difference between criticism of Israel and anti-Semitism. There are many Jewish people around the world, including in Israel, who are critical of Israel’s policies and their abhorrent treatment of Palestinians.
Rita Thorpe, Coburg

Not so simple
It’s not as simple as Robert Preston suggests. If someone criticises Israel the same way as they would criticise any other state, it’s not anti-Semitism. However, if they claim the only Jewish state has no right to exist, or apply double standards by requiring of it behaviour not expected of any other democratic nation, that’s another matter.
Danny Samuels, Malvern

Against the odds
Defence Minister Peter Dutton has been urging Australia to prepare for war, presumably with China.
The People’s Liberation Army of China is estimated to have 2,185,000 active members with 1,170,000 in reserve. The Australian Defence Force has about 59,000 permanent members and just under 29,000 as active reserves.
Hardly worth preparing for that war.
Brian Morley, Donvale

Without power
People ″⁣sweat the small stuff‴⁣⁣, Trish Young, (Letters, 5/5) because they feel that they can effect change, whereas with the larger issues they are powerless. The economy is global – few governments can bring about fundamental change to capitalism.
Big money dominates everything. No government will reclaim privatised services, nor will they buy back the millions ofhectares of cleared land to protect the environment. Defence policies are well beyond the everyday citizen’s control, healthcare is a colossal bureaucratic octopus, and unaffordable housing is fed by naked greed, so people are left to fight tooth-and-nail over petty ″⁣village″⁣ issues – a bit like office workers squabbling over paper clips.
Robert Scheffer,
Bayswater North

Making sense
In his role as co-chair of the First Peoples’ Assembly of Victoria, Marcus Stewart said that ″⁣without treaty, what is now called Victoria will remain – in our people’s hearts, minds and reality – the colony of Victoria″⁣ (5/5).
As holder of this role Mr Stewart must be recognised as representing a far wider opinion than normal for an individual or representative of a local group. What he says makes sense. We are dealing with nothing less than murderous behaviour by numerous English settlers, to which the authorities at best turned a blind eye and at worst supported.
It has taken us some 200 years to start to acknowledge this in a cultural sense and the Yoorrook Justice Commission is the first formal attempt to find a proper arrangement for the long-term future of all people living in Australia.
To be able to wipe out this level of cultural feeling can be expected to take a minimum of a generation even if, as we all hope, the commission gets its starting point right.
Laurie Comerford,
Chelsea

Yes, ministers
There’s a reason why we have multiple ministries with multiple ministers in a government. To expect one man to be totally on top of the details of all of the policies put forward by his party would call into question the need for more than one minister fronting every department.
Gary Sayer, Warrnambool

Waste of money
The waste of money used for spending on advertising for the election is appalling. It beggars belief that millions is spent by all parties, and that it is accepted. Surely this money could be used in better ways.
I believe most people are not swayed by the petty claims and promises they are bombarded with every time they turn around; they have already made up their minds about their voting preferences.
Wendy Poulier, Ferntree Gully

Bring back Malcolm …
Anthony Albanese’s latest stumble reminds us of how our leaders are often picked on popularity and not ability. Both Albanese and Scott Morrison are short on leadership qualities. Morrison gets by with loquacity. He can talk for a long time without answering the question. Albanese is short on knowledge such as NDIS and net wage growth to counter inflation.
Undoubtedly in 2018 we had the right prime minister for the times. Malcolm Turnbull had a firm grasp of the facts. He espoused action on climate change and he has been shown to be correct. The right wing of the Liberal Party led by Peter Dutton and Mathias Cormann managed to dethrone Turnbull, because in their estimation he was too left wing. What a mistake both for Australia and the Liberal Party. If Turnbull still wants the job, the Liberal Party should invite him back.
Brett Osborn, Mornington

… Yesterday man?
It’s about time that someone told Malcolm Turnbull to pull his head in. There is nothing sadder than yesterday’s man looking for another 15 minutes of fame. Politicians of the past can’t help themselves mouthing off. His opinions are valuable to him as yours are to you and mine are to me. Politics is done differently today, maybe not better, but it’s just the way we do it. Malcolm, your day is over.
Stanley Burgess, Healesville

Harsh but true
Monique Ryan’s comment that Josh Frydenberg’s government has left a legacy of a “toxic miasma of division, disappointment and debt” (″⁣Debate lays bare the Kooyong conundrum″⁣, 6/5) is harsh but has truth. Beyond claiming that the LNP will provide stability, strength and certainty to Australia, Frydenberg has not been able to convey significant achievements by his party in addressing climate change, providing affordable housing, improving hospitals and aged care, tax reform or dealing with corruption. This is despite being in government for nine years. Why should Kooyong voters re-elect him?
Leigh Ackland, Deepdene

Reasons for the decline
The spectacular rise in support and interest in independent candidates shows that it is not only the voters in central Queensland coal areas who are fed up with the major parties (″⁣Fed up, let down and far from politicians″⁣, 6/5).
In 1950, when the population was 8.2 million, Robert Menzies’ Liberal Party boasted 197,000 members. Today, membership of all political parties is fewer than 100,000. Why this massive decline in party membership? Perhaps it has something to do with branch stacking, factional in-fighting, rorting, secret deals, cover-ups, misogyny, political speak, leader changing and the general bad behaviour of our elected representatives.
Graeme Lechte,
Brunswick West

The campaign
How about a gotcha question for Scott Morrison, eg, how many
strings on a ukulele?
Bernd Rieve, Brighton

Are we electing a prime minister or the best rote learner?
Jenni King, Camberwell

Why is it that every time I see the Liberals trot out John Howard, I’m reminded of Weekend at Bernie’s.
Mary Mandanici, Preston

It makes no sense for Malcolm Turnbull to lament the waning influence of moderates within the Liberal Party, and then advocate a vote for the teal independents who are only trying to dislodge moderate Liberals from parliament.
Ashley Miller, Malvern

Josh Frydenberg should not be too worried about losing his lower house seat. He will be in the Senate before you can say “casual vacancy″⁣.
Alan West, Research

One wonders what exactly Malcolm Turnbull had in mind when he promised not to be a “miserable ghost”.
Andrew Laird, Malvern

Scott Morrison is warning about minor parties and independents yet relies and is dictated to by the Nationals – a very minor party.
David Eames-Mayer, Balwyn

The PM’s incessant ″⁣that’s not my job″⁣ makes one wonder, what is left that is his job?
Tris Raouf, Hadfield

What is it about the independent teals that turns Liberals to jelly? Surely, it couldn’t be that they are strong, articulate women talking about taboo topics — climate, equality and integrity.
Jenny Bone, Surrey Hills

John Howard gave us fridge magnets. How long will it be until Scott Morrison starts handing out steak knives?
Garry Brannan, Spring Gully

Donald Trump's Save America Rally in Greensburg, Pennsylvania for Dr Oz: how can I watch?