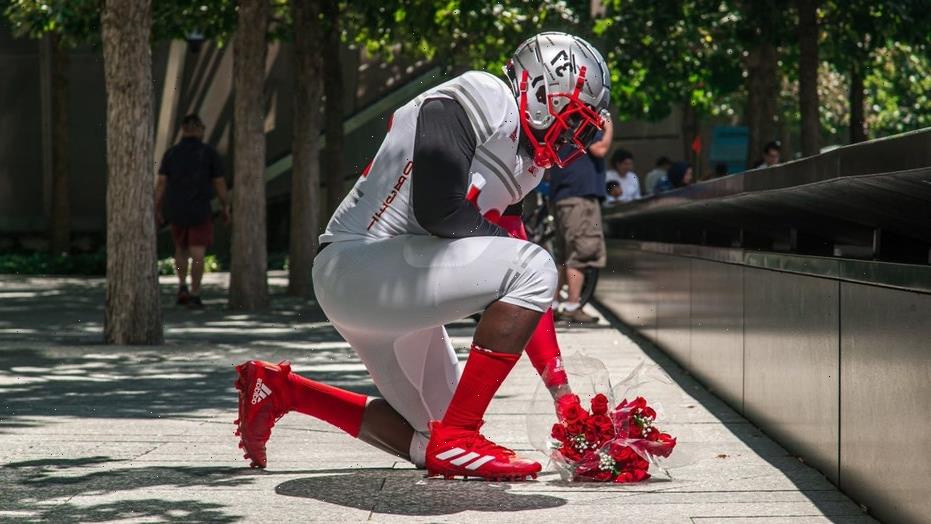 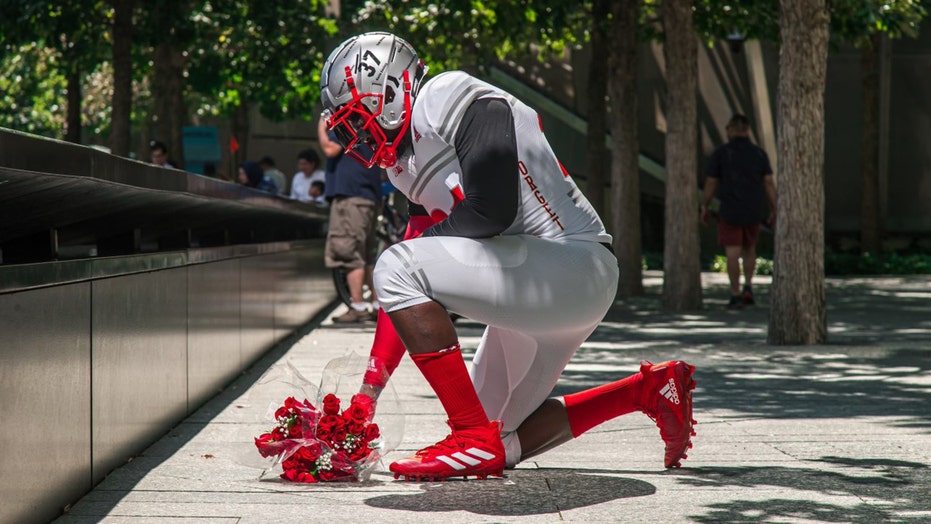 Rutgers football will honor the victims of the 9/11 terror attacks on Saturday when the Scarlet Knights play Syracuse.

The school revealed on Thursday the special uniforms the team will wear when they play the Orange. 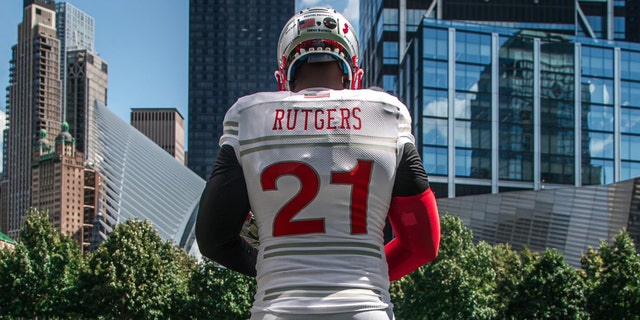 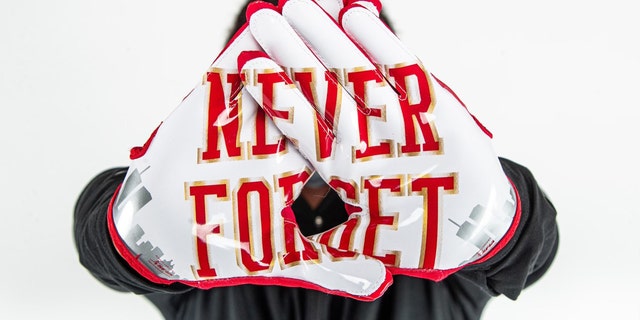 Rutgers players will have the option to wear these gloves Saturday.
(Rutgers Football)

“We will never forget the 37 Rutgers alumni and all those who lost their lives in the September 11th attacks,” the school wrote in a tweet featuring a video of the new uniforms.

Saturday will mark Rutgers’ first road game of the season.

The Scarlet Knights got off to a good start last Saturday with a beatdown of Temple, 61-14. 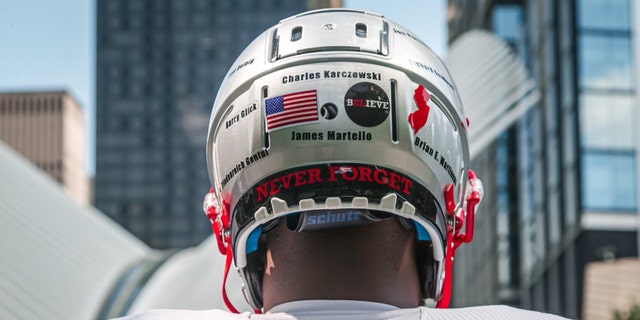 Rutgers players will honor some of those who died on their helmets.
(Rutgers Football) 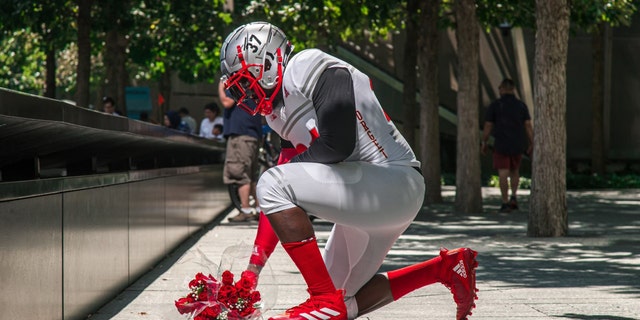 Syracuse has the advantage in the head-to-head matchup with a 27-12-1 record.