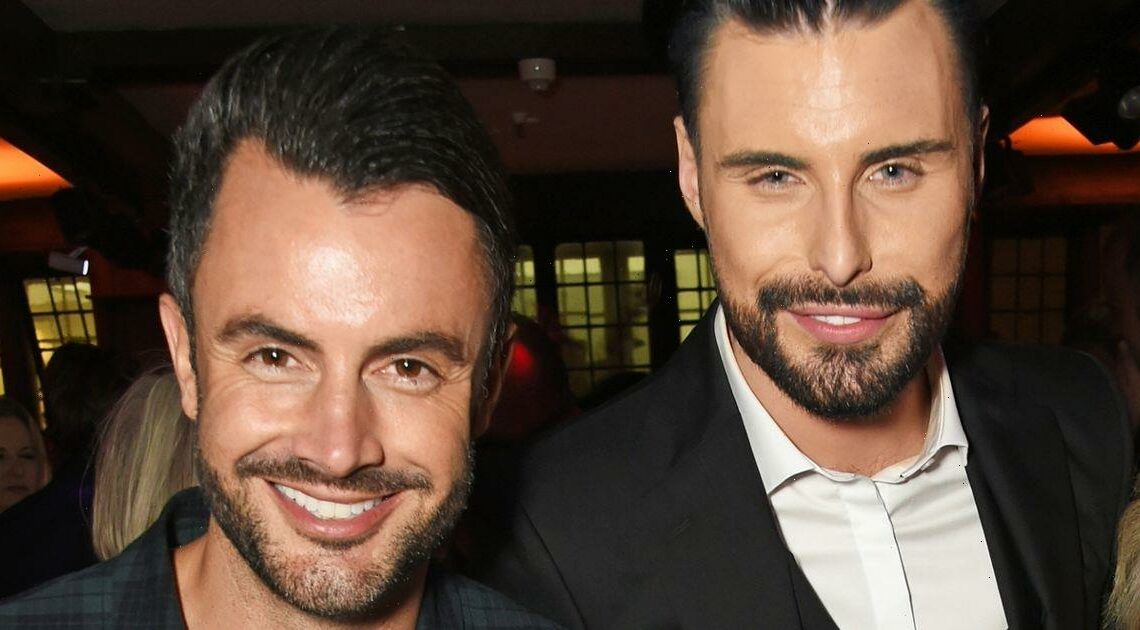 Rylan Clark's ex-husband is set to launch his own dating show as he recovers from a bitter breakup, it is reported.

Producer Dan Neal, 42, left 33 year old Rylan last June in a divorce which the TV host has since said left him feeling depressed and 'made him lose weight'.

They had been together for five years.

And it is now is claimed that he is rebounding from the acrimonious split by devising a new television show called 'Dates With Mates', according to The Sun.

The dating programme — rumoured be broadcast on the UKTV channel W — has an unusual concept, and would see groups of friends who are all single sit down for a special dinner.

They would then be joined by a new male or female for each course, with the the evening and its potential for romance being captured on camera.

Reaction from the industry appears to be mixed so far, with one source praising the idea but questioning the timing of the premise after a high-profile split.

They told the paper: "Throwing yourself into work is always a good plan after a break-up. But quite why Dan’s chosen to do that with a dating show I have no idea.

Rylan recently said his weight plummeted to under 10 stone and that he became "unwell" after the collapse of his marriage.

In a new interview, Rylan has shared the emotional and physical heartache he felt during the breakdown of his relationship.

He told The Sun: "I got ill and I lost weight, I went down to under ten stone – and I'm six feet four inches, so that's not good."

"The honest truth is that it's been s***. I didn't deal with what happened and now I am. I felt unwell and it was a very difficult time for me."

However, the former Strictly Come Dancing: It Takes Two host said his mum was "a lifesaver" and that a new personal training and nutrition plan proved to be a bit of "therapy" for him.

'Yellowstone' Season 5: Everything We Know So Far