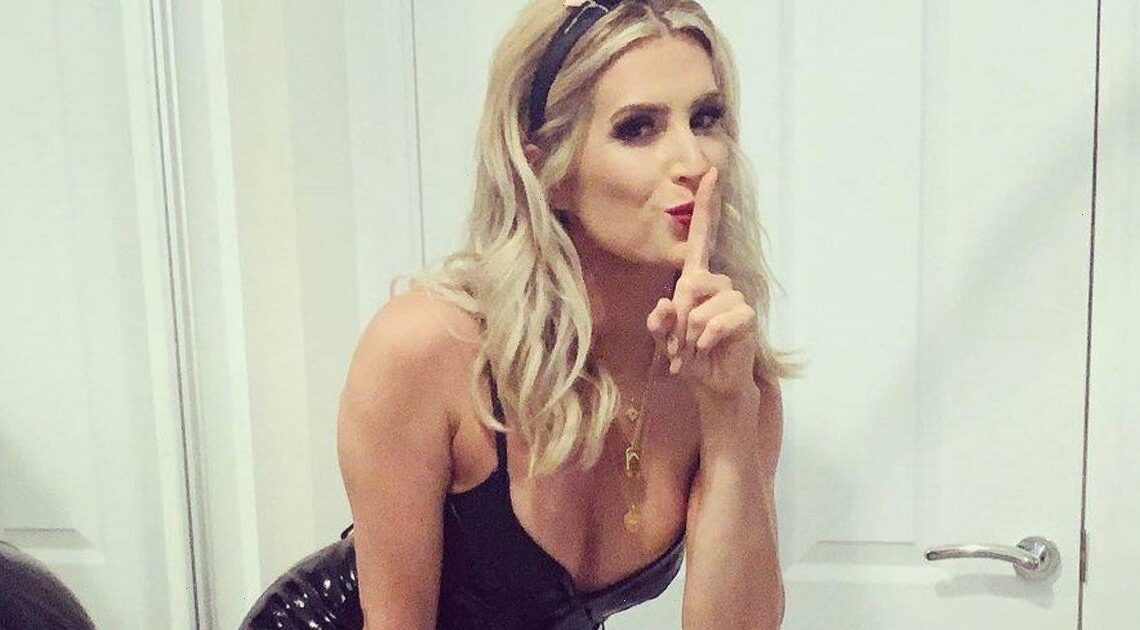 Sarah Jayne Dunn will give a tell-all interview on Good Morning Britain on Friday after being sacked from Hollyoaks.

The 40-year-old will give an explosive interview about being axed from the soap after refusing to quit raunchy adult website, OnlyFans.

It is reported that Sarah earned a massive £7,200 in just one week after joining the X-rated subscription site.

Sarah played the role of Mandy Richardson on-off since 1996 and earned £120 thousand a year from the soap.

Producers met with the actress about using the site.

Sarah broke her silence by sharing a quote to her Instagram story, which read: "Thank you for your support."

A spokesperson for the Channel 4 soap said that they "take their responsibility to their young audience very seriously" and are "very sad to see her go."

A Hollyoaks spokesperson added: "Hollyoaks is a youth-facing drama with many young viewers, who follow our cast very closely, both in the soap and outside of it.

"We take our responsibility to our young audience very seriously and therefore the show does not allow any Hollyoaks cast members to be active on certain 18+ websites.

"We had hoped we could reach a resolution with Sarah that would allow her to remain in her role as Mandy, but we respect her choice to continue to produce content on OnlyFans.

"In the past four years since her return to the show her legacy character has been an integral part of some our most important storylines and we will be very sad to see her go."

The beauty explained her reasoning for joining OnlyFans last month, she explained she wanted to "take back control" after doing lads mags for years.

Kerry Katona also has a page on the X-rated website and recently slammed Hollyoaks bosses for sacking Sarah.

She told The Sun: "I have never heard so much bulls**t in my life.

"I know most of the women in Hollyoaks, Corrie and all those – back in the day you were more than happy to push them all out to FHM, Nuts and Zoo and all the lads mags. Why shouldn't they make money from their own bodies now?

"I think the bosses are very, very silly and stupid and they need to move with the times and I think she is so empowering. And more respect to her.

"I have made well, well, well over a million now. I think she can do the same, I think it's bloody brilliant.

"It's her body. I hope she gets her t*ts out. And shows that women can empower themselves."