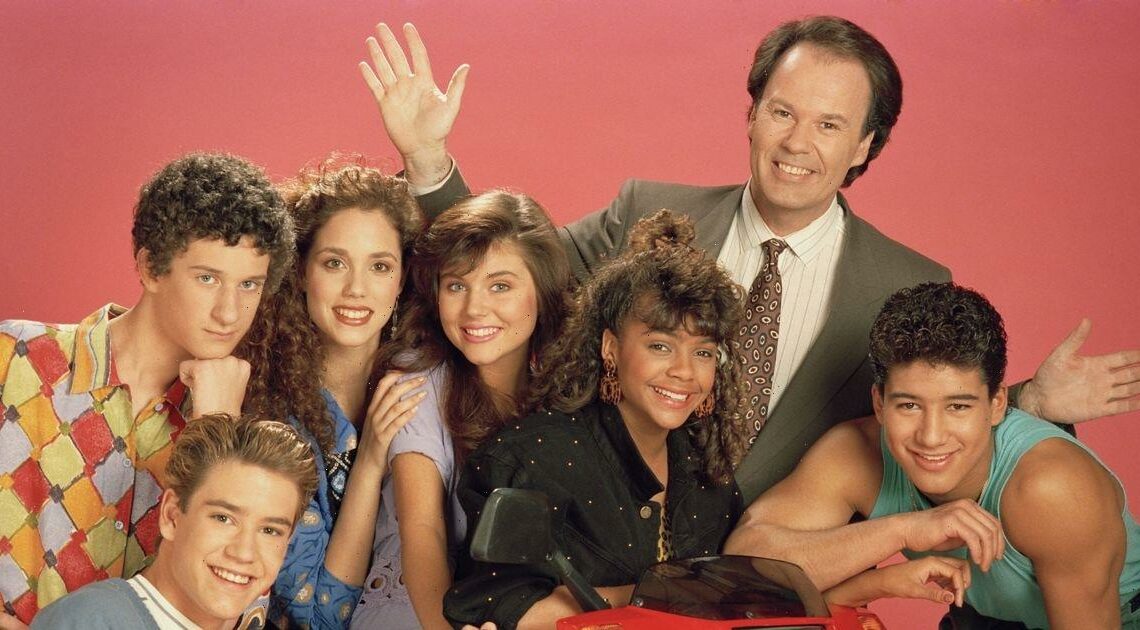 Hollywood actor Dustin Diamond would have been 45 years old today.

Fans and stars from across the world paid tribute to the Saved By The Bell star, who was born on January 7 1977, following his death from cancer last year.

He was one of the many young cast members to find fame and success in the popular TV series, which has since been rebooted with new and returning stars, and will be returning for a second series later this year.

Paying tribute to what would have been Dustin's 45th birthday, Daily Star takes a look at where the cast of the original Saved By The Bell series are now.

Elizabeth Berkley played straight A student Jessie Spano in Saved By The Bell, and talking about her role, Elizabeth told People Magazine: "The 'I'm so excited!' episode was so extreme," adding that in her role as Jessie, one of the most memorable parts was "the hair! "I practically went through a can of hair spray a show."

After Saved By the Bell finished, one of Elizabeth's next roles was in the racy 1995 film Showgirls, where the actress stripped for the camera.

From there, she hasn't left our screens, having starring roles in a number of TV programmes including NYPD Blue alongside Saved By the Bell co-star Mark Paul Gosselaar, The L Word and New Girl.

She has also participated in the 2013 series of Dancing With the Stars and most recently returned to reprise her role as Jessie Spano in the 2021 Saved By the Bell reboot, where she is now the Bayside High student councillor.

Outside of the acting world, Elizabeth is married to actor Greg Lauren and the couple have one child together. One of Saved By The Bell's heart throbs was athlete A.C Slater, rival to Zack Morris, who had fans swooning over his dance moves in the series' very first episode.

Slater actor Mario Lopez was one of the series' biggest stars, going on to find huge success on TV programmes Pacific Blue, The Bold and The Beautiful and Nip/Tuck.

He has also become one of the most recognisable faces on American television, hosting The X Factor alongside Khloe Kardashian in 2012 and becoming a news presenter for Entertainment Tonight.

It is no surprise then that the actor has amassed a huge estimated net worth of $25 million (£18.46 million).

Like his Saved By The Bell co-stars he has also returned for the 2021 reboot, going back to his athletic roots as Bayside High's PE teacher.

Away from the limelight, Mario has been married to dancer Courtney Mazza since 2012, with who he has three children.

Lisa Turtle was the popular, fashionable Bayside High student who fellow student Screech had a huge crush on during their school years.

In December 2020, Lark spoke on the Dr.Oz programme about being diagnosed with Schizoaffective Thought Disorder and shooting the Saved By The Bell reboot, saying: "'I put it in a bag and leave it in my room and I come out and do the lines and we do our thing," adding that acting is what she is was always 'meant to do.'

She also spoke about reuniting with her former co-stars, adding: "I received a call from Elizabeth Berkley, who plays Jessie. She sent me a beautiful bouquet of flowers. And we had a great time shooting it."

Although Lark only returned for a cameo in the Saved By The Bell 2021 reboot, her character Lisa Turtle will be returning as a regular character for the second series. He also told People Magazine in 2009 that during his time on the show he dated all three of his co-stars, Lark Voorhies, Elizabeth Berkley and Tiffani Thiesen, but that they are all still very close friends.

From there he had regular roles in TV series including D.C, NYPD Blue, CSI and Franklin and Bash, as well as reprising his role as Zack Morris in the Saved By The Bell reboot in 2021, where his character has now become Governor of California.

In his personal life, Mark has four children and has been married twice, first to model Lisa Ann Russell from 1996-2011 and then to advertising executive Catriona McGinn from 2012.

Tiffani told People Magazine about the jet-setting life and opportunities to travel that Saved By The Bell brought the cast, saying to People Magazine: "Mark-Paul and I got to go to Paris [for a press tour].

"We ate crepes, and my first sip of alcohol was with him. It felt at times like we were Barbie and Ken."

It was onwards and upwards for the star, who after appearing in Saved By The Bell: The Wedding, where her character married Zack Morris, went on to appear in hit programmes including Beverley Hills 90210.

After appearances on TV programmes including Two Guys, A Girl and A Pizza Place, Tiffani has since made a career u-turn and now has her own cooking show called Dinner at Tiffanis, where guests have included her Saved By The Bell co-stars Mark Paul Gosselaar, Mario Lopez and Elizabeth Berkley.

However, she has since returned to acting, appearing in Netflix series Alexa and Katie, as well as being the First Lady to California Governor Zack Morris in the Saved By The Bell reboot.

Outside of the entertainment world, Tiffani has been married to her actor husband Brady Smith since 2005 and the couple have two children.

After appearing in Saved By The Bell and its spin-off, Saved By The Bell: The College Years, Dustin had a number of TV roles in programmes including Robot Chicken, as well as taking part in Celebrity Fit Club USA and Celebrity Big Brother in 2013.

In his personal life, Dustin had been married to Jennifer Misner from 2009, but on February 1 2021, Dustin died aged 44 just three weeks after being diagnosed with a rare form of cancer.

Stars from the entertainment world paid tribute to Dustin, with Saved By The Bell co-star Mario Lopez saying: "Dustin, you will be missed my man. The fragility of this life is something never to be taken for granted. Prayers for your family will continue on."

Mark Paul Gosselaar said that he was going to miss "those raw, brilliant sparks that only he was able to produce, while Tiffani Thiessen added: "Life is extremely fragile and it's something we should never take for granted. God speed Dustin."

Prior to his Saved By The Bell fame as High School Principle Mr Belding, Dennis Haskins was already a part of the celebrity world as a concert promoter, music manager and agent.

However, he began acting in the eighties and after appearing in Saved By The Bell, he went on to star in TV programmes including The West Wing, It's Always Sunny in Philadelphia and How I Met Your Mother.

Most recently he is listed as starring in a number of TV films, including one called 18 that is currently in pre-production.

In his personal life, Dennis was married to Dianne Haskins and the couple had one child together.

Martin Scorsese health: ‘I might not get out of this alive’ – director on Covid ‘anxiety’