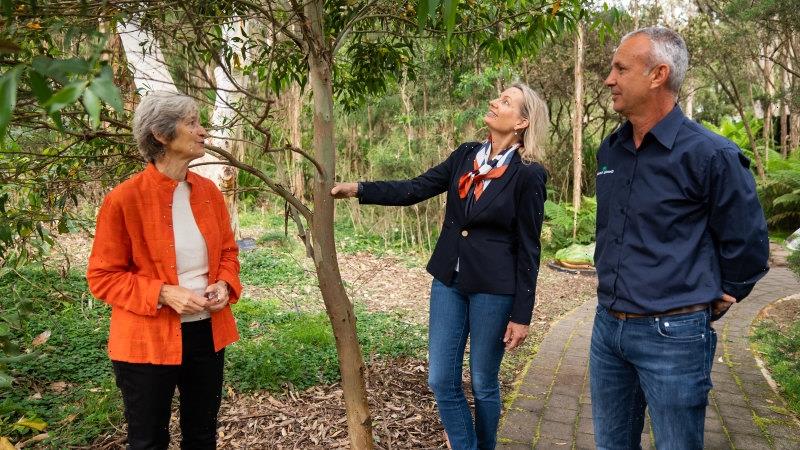 The entire wild population of Mount Imlay mallee trees was torched in one fire during the Black Summer of January 2020, but scientists are drawing on their bank of seeds to regrow the critically endangered eucalypt.

It’s such a rare species there are only two known trees left, one mature and one juvenile tree growing in the Australian National Botanic Gardens in Canberra. 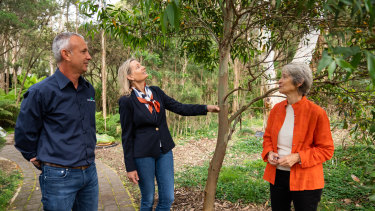 Before bushfires swept northwards from Mallacoota, across the NSW-Victorian border, there were just 55 of the extremely rare mallees growing on their namesake Mount Imlay, west of the small town of Eden on the NSW South Coast.

Federal Environment Minister Sussan Ley visited the gardens on Wednesday to launch a seed banking strategy with Greening Australia, with $5 million in public funding for the scheme that collects, stores and propagates seeds of rare plants.

“Visiting the gardens and seeing these two very special trees is a reminder of the importance of protecting our eucalypts and how seed banking programs are future-proofing Australia’s native plant species,” Ms Ley said.

The National Seed Bank currently holds a very small amount of seed, and the funding will help expand programs that act as insurance for losses in the wild due to habitat loss, ecosystem decline, or fires. 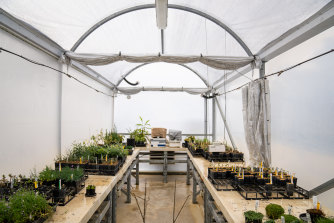 For example, some rare plants will be propagated to create a seed orchard, that can be harvested to fuel recovery efforts where cultivated stock is planted to help replace losses in the wild.

The next step to save the endangered mallee will be grafting cuttings onto rootstock from other closely related Eucalyptus species.

Greening Australia’s Paul Della Libera said the stock in the seed bank is used for both ongoing research on how to propagate threatened fauna to build up its numbers, and also as insurance against wipeouts.

“Conservation is about making sure that we have that genetic footprint accessible, we can understand how it works, how it responds to different germination techniques, and how to actually get it to actively grow,” he said. “But we’ve also got a store of it for worst-case scenarios.

“The strategy guides the work of the Australian Seed Bank Partnership and broader native seed sector as it continues to collect, germinate, propagate and store seeds from more than 200 priority bushfire-affected native plant species.”

“Invertebrates were totally neglected in funding from the government post-bushfires – except for some of the species that were affected by sediments and changes in water quality,” Dr West said. “Most insects have something to do with a plant at some stage of the lifecycle, and they’ve been totally neglected and that’s another area that we need to spend more effort on.”

Amazon's New Streaming Deal Gets You AMC, Paramount+, Showtime or Starz for $0.99