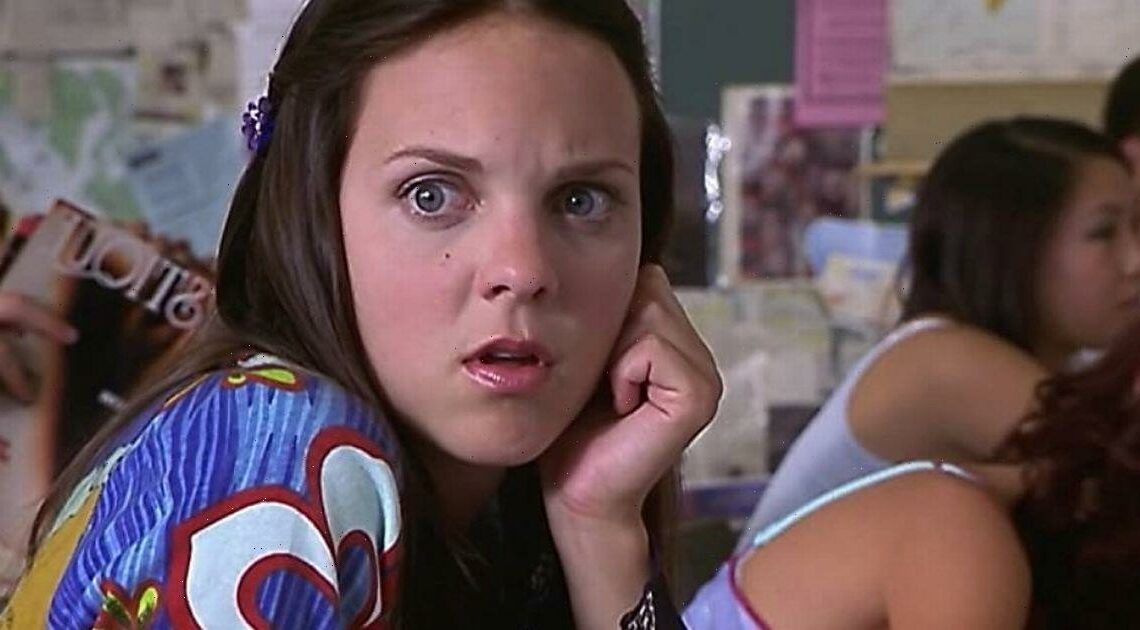 Scary Movie came as a breath of fresh air to conventional parody movies when the classic horror parody premiered back in 2000.

The iconic horror spoof ripped into classic horror films including slasher flicks like Scream (1996) and I Know What You Did Last Summer (1997) – and became an instant box office hit and catapulted its lead star Anna Faris into Hollywood acting stardom.

The first film in the franchise – written by the Wayan brothers Shawn and Marlon – grossed a whopping $278 million worldwide despite only having a $19 million budget, before it went on to spawn four sequel films.

Directed by Keenan Ivory Wayans, the gory slap-stick flick follows a group of goofy teenagers who repeatedly get themselves into danger as they're stalked by an absurd serial killer wearing the Ghostface mask and robe from the Scream franchise.

The group of comically-stupid youngsters accidentally hit the man with their car and decide to dump his body in a lake before he comes back to hunt them down one by one.

Still a fan favourite to this day, Scary Movie turns 21 years old this month – older than its teenage characters – so the Daily Star have tracked down the cast to see where they ended up after their crazy on-screen antics.

Anna Faris, 44, shot to fame after she starred in the leading role of Cindy Campbell in the classic parody.

The star went on to star in the multi Oscar-winning film Brokeback Mountain (2005) alongside A-List actors like Heath Ledger, Jake Gyllenhaal and Anne Hathaway.

She even had a recurring role in Friends as surrogate mother Erica to Chandler and Monica, and has taken on voice work for films such as Alvin and the Chipmunks.

However, her love life life has been a tad more rocky and she divorced from Hollywood actor Chris Pratt in 2018.

Faris met Chris at a table read in Los Angeles for the film Take Me Home Tonight in early 2007, where the pair's characters were love interests.

The two started dating shortly after and became engaged in late 2008 – before they tied the knot in 2009 at a small ceremony in Bali, Indonesia.

The couple lived in the Hollywood Hills before they announced their separation in August 2017 and share a son, Jack, who was born two months early and has faced health issues.

Anna has insisted her relationship with Chris is solid though, and told Women's Health her and Chris still "communicate openly" and "have a lot of love and friendship".

After playing the role of Anna's on-screen boyfriend Bobby Prinze in Scary Movie, Jon Abrahams, 43, has gone on to act in a range of successful projects despite not being active all of the time.

Since his time running from Ghostface in the 2000 movie, Abrahams has enjoyed television success with roles in Criminal Minds, Law and Order, Condemned and Two for One.

Perhaps most notably for some, he even starred alongside the likes of Paris Hilton in the 2005 slasher film House of Wax – which means he returned to the slasher franchise after his role in Scary Movie.

But some fans might not know that he even became a chat show regular as DJ Jonny on the Ellen DeGeneres Show during its fourth season.

Former glamour model Carmen Electra can be found right at the start of Scary Movie as her character Drew Decker received a threatening phone call whilst she's home alone.

Sex symbol Electra, 49, got her big break in the early 90s and was hitting peak fame around the time of Scary Movie, but she's gone on to star in a handful of big films since playing Drew including Date Movie (2006), Meet the Spartans (2008), and Starsky & Hutch (2004).

However, despite still taking on acting roles the former glamour model had already begun to pursue a music career and worked with the likes of Prince on her debut studio album released in 1993.

A lady of many talents, Electra has also worked as a professional dancer and featured as a guest with The Pussycat Dolls in 2004 for VH1 Divas in 2004.

Regina played Brenda Meeks in the 2000 comedy, and she also went on to star in a lot of the sequels that got made due to the popularity of the first film – including Scary Movie 2, three and four.

50-year-old Hall has had a busy television career having starred in Law & Order: LA (2010-2011), Grandfathered (2016), and more recently Black Monday which is still an ongoing role.

Regina's racked up an impressive comedy acting career with roles in hit comedy Girls Trip (2017) and another parody movie called Superhero Movie in 2009.

She was also the first African American to win the New York Film Critics Circle Award for Best Actress – after she starred in Support the Girls (2018).

Marlon didn't just star as Shorty, he also wrote the film alongside his brother Shawn.

Although he begun his career in comedy like his brothers and played Shorty Meeks in Scary Movie in 2000, Marlon cemented his legacy as a dramatic actor when he starred in Darren Aronofsky's Requiem for a Dream.

Marlon, 48, even turned his talents to the action genre when he starred in G.I. Joe: The Rise of Cobra in 2009.

Marlon and his brothers even started touring the US with The Wayans Brothers Tour and in 2017, he began starring in his own NBC sitcom called Marlon which ran for two seasons.

But as you might imagine, Dave's dimwitted sheriff character is a hilarious take on the Scream character.

Ever since his role as Doofy, Sheridan has starred in a bulk of movies and his famous ones include A Haunted House, Fifty Shades of Black (both from the Wayans brothers) and The Fighting Temptations.

If you're a music fan, you might also spot Dave in two Red Hot Chili Peppers music videos – By The Way and Universally Speaking – as he popped up in a small role in both.

Shawn, who played Ray in Scary Movie, is a man of many talents because he is a writer, producer, comedian and DJ as well as an actor.

As well as writing Scary Movie along with his brother Marlon, he went on to star in huge comedy films including White Chicks (2004), Little Man (2006) and Dance Flick (2009).

However, 50-year-old Shawn has stepped away from the spotlight in recent years and one of his only television credits came in 2016 with the adult animated comedy series Animals.

He's still busy though, and he's been working on improvisational comedy shows.

Shannon was a superstar in the early 2000s and you'll definitely recognise her from her breakout role in American Pie (1999) as Jim's prime love interest – and that rather crude webcam scene.

After her time as the teen Buffy Gilmore in Scary Movie, she's starred in a string of horror movies including Jack Frost, Thirteen Ghosts, Night of the Demons and Cursed.

Sex symbol Shannon also cropped up with a cameo role in Love Actually and has perhaps had less roles in recent years, but she's also pursued a reality TV career.

She appeared on Celebrity Big Brother in 2018 and made it to week 7 on Dancing with the Stars in 2008.

Kurt had a major part in Scary Movie as Sheriff Burke, and he's no stranger to to spooky projects as the 67-year-old is famous for his roles in Ghostbusters II and US mystery series Supernatural.

He's also provided voice roles and he played Richard Coombs in the 2011 game L.A. Noire, as well as a Stadium Manager in American Dad!

Lochlyn played Greg Cox in the film, and he's racked up an incredible acting record since with over 200 roles on the screen.

After Scary Movie, he clocked in with another horror movie role in Freddy vs Jason (2003), but he is perhaps best known for his acting in Canadian series Northwood, supernatural drama Charmed, and more recently glossy teen drama Riverdale.

He's also appeared in large-scale television projects like Smallville, True Justice, Hawaii Five-0, Arrow and Bones and often plays a cop of sorts, but it's clear he's a hard-working actor with all those screen credits behind him.

The Truth About Robert Downey Jr.s Relationship With His Father
Recent Posts