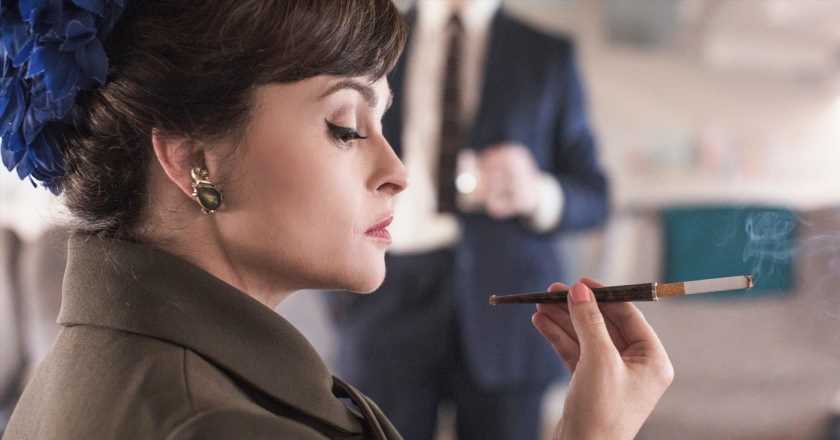 Forty years ago, the nation was shocked when TV legend Noele Gordon was unceremoniously sacked from her role as widower Meg Mortimer in the long-running soap opera Crossroads. Once a household name, the so-called Queen of the Midlands faded into obscurity, never to regain her primetime glory. And though you might not be familiar with her name or story, all that’s about to change with ITV’s forthcoming drama Nolly.

Written by BAFTA-winning writer Russell T Davies (It’s A Sin, Years and Years, A Very English Scandal) and starring Academy Award nominee Helena Bonham Carter, the new three-part series will explore the rise and fall of one of the most famous faces on British television in the 60s and 70s.

“One of my very first jobs in TV was a trial script for Crossroads, and I’ve wanted to write the story of behind the scenes on that show for 40 years,” said Davies. “At last, the truth can be told!”

Here’s everything we known about the show so far.

What is the plot of Nolly?

Described as a “bold exploration of how the establishment turns on women who refuse to play by the rules”, Nolly chronicles Noele Gordon’s most tumultuous years on the “madcap soap” she starred in, creating a “sharp, affectionate and heart-breaking portrait of a forgotten icon”.

“Noele (or Nolly to her friends) was a legend in her own lifetime,” reads the official synopsis. “As flame-haired widow Meg Richardson in the long-running soap opera Crossroads, she was one of the most famous people in Britain.

“Then in 1981, at the height of the show’s success and the peak of Nolly’s fame, she was axed without ceremony, without warning and with no explanation. With the boss’s words ‘all good things must come to an end’ ringing in her ears, Noele Gordon found herself thrown out of the show that was her life for over 18 years.”

Who is in the cast of Nolly?

Helena Bonham Carter will star as Noele Gordon in the three-part series.

“Noele Gordon was a fascinating, complex, brilliant and gutsy woman – none of which I knew before I read Russell T. Davies’ script,” said Bonham Carter about her role. “I’m so thrilled to help tell Nolly’s long overdue and largely forgotten story. Russell’s screenplay is a work of brilliance and I hope I’ll do him and Nolly justice. I can’t wait to start.”

ITV’s Head of Drama, Polly Hill, added: “Helena Bonham Carter is going to be amazing as Nolly and we can’t wait for her to step into those shoes.”

As for the rest of the cast, ITV have now confirmed that Augustus Prew (The Morning Show, The Lord of the Rings: The Rings of Power) will join the cast as Tony Adams, Nolly’s Crossroads “co-star, devoted friend, confidante, and her occasional chauffeur”.

Other cast members include Con O’Neill (Happy Valley, Uncle), Tim Wallers (The Windsors, Belgravia) and Bethany Antonia (House of the Dragon, Stay Close, Get Even).

Do we have a release date for Nolly?

Although there is currently no release date, Nolly will go into production in 2022.

In the meantime, ITV have released a first look image of Helena Bonham Carter as Nolly.

Nolly is “a love letter to a legend of television”

Cheapest UK holidays from £3pp a night this summer