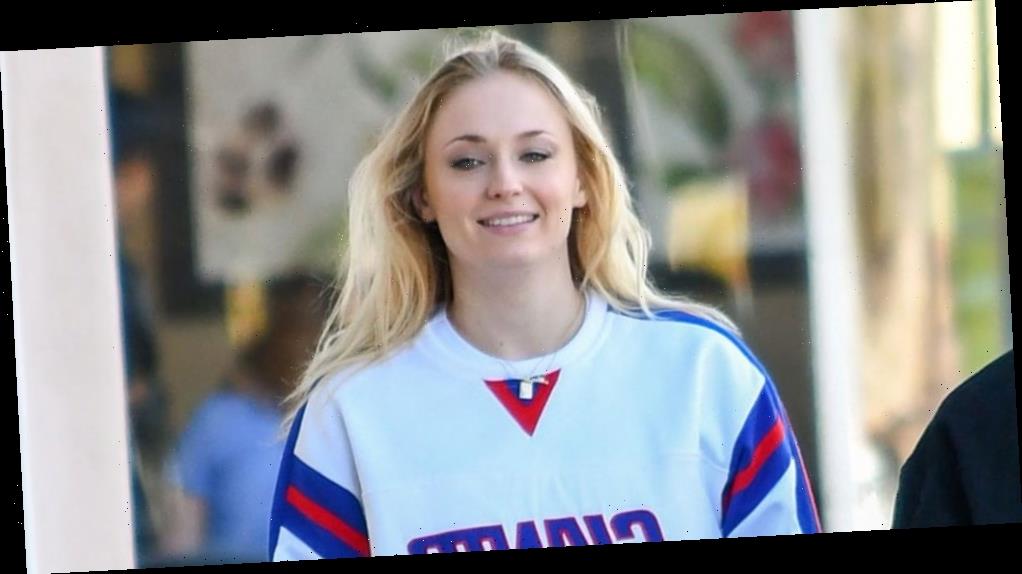 Bumping along! Sophie Turner has been spotted out and about numerous times since her pregnancy news broke.

Us Weekly confirmed in February that the Game of Thrones alum, 24, is expecting her first child with her husband, Joe Jonas. A source went on to tell Us exclusively at the time that the actress is “due in the middle of the summer.”

When the couple first met in 2016, the Dark Phoenix star thought that the Jonas Brothers member, 30, would be “such a d—k.” Turner explained to Elle in March: “I expected him to show up with security and everything. I brought all my guy friends to come with me to meet him [after he DM’d me], because in the back of my mind I was still worried that he could be a catfish — or I don’t know what. I just wanted my guy friends with me. I had my rugby boys. I was safe.”

But the Camp Rock star didn’t bring any security, only a friend. “They drank just as hard as the rest of us,” the Emmy nominee told the outlet. “I remember the two of us spending only a couple of minutes on the dance floor, and then we just found a space far in the corner and we just talked. We talked for hours, and hours, and hours. And I was, like, not bored. It wasn’t contrived. It wasn’t small talk — it was just so easy.”

After one year of dating, the former DNCE member proposed. He and Turner tied the knot in Las Vegas in May 2019 before having a more traditional ceremony in France the following month. The couple honeymooned in the Maldives.

Since Diplo live-streamed his friends’ first ceremony, the DJ, 41, joked that they took his phone during the June 2019 nuptials. “This is the only photo I got from Joe and Sophie Turner Jonas wedding because they took my phone from me and put it in a holding cell during the ceremony,” the Mississippi native wrote on Instagram at the time. “Heard it was lovely tho.”

Keep scrolling to see all of the times that Turner has stepped out post-pregnancy news, from shopping trips with Jonas to walks with their dog.