Home » Lifestyle » Seeing letters as colours: What it's like to live with synaesthesia 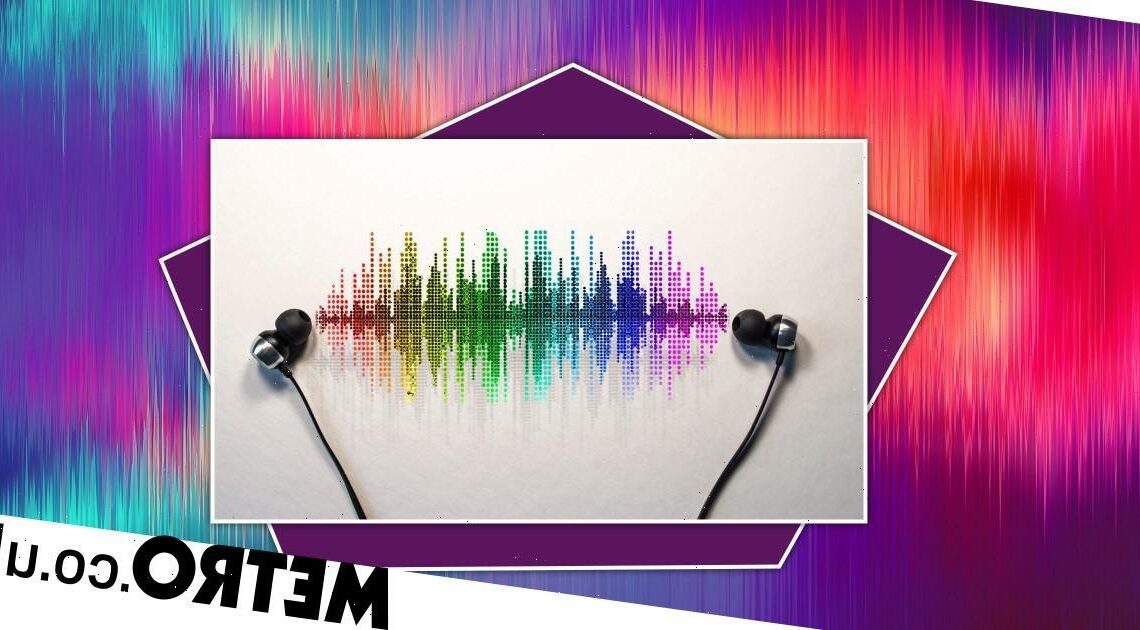 Seeing letters as colours: What it's like to live with synaesthesia

It’s easy to assume that we all process numbers, shapes, letters and sound in the same way.

But this isn’t the case.

There are a whole cohort of people who experience day-to-day life very differently to what many would consider ‘the norm.’ These people live with a neurological condition known as synaesthesia – estimated to be experienced by one in 2,000 people.

Simply put, synaesthesia is when you experience one of your senses through another.

In many ways, it’s like a blending of senses – some syntesthetes see letters as colours, others see music, while other individuals taste colours.  And all these responses are involuntary – meaning people with synaesthesia have no control over this.

Because we don’t tend to talk about how we process everyday information, some people can go years without knowing they have it.

This was the case for 62-year-old Fran – who didn’t realise she had synaesthesia until she was in her 40s.

‘I don’t superimpose the colours onto the black and white print. But if I was to go away and remember a headline in my mind, my memory of the headline would be a colour.’

The health coach adds that she often gets days and dates muddled up because certain colours override other ones.

Fran says: ‘So Tuesday, for example, is pale blue and six is pale blue, so 6pm on Tuesday is really easy. But if you say 6pm on another day it might be that the six is predominant and then I think it’s happening on a Tuesday.’

Fran adds: ‘Systems that have their own colour coding are really difficult for me, because I have my innate colour coding, so it tends to conflict. So with Google Diary using their colour coding systems doesn’t work for me because it gives things a different priority, so I just have to keep everything the same, like you would in a normal diary.’

However, there are other times Fran finds her synaesthesia helpful. For example, she’s great at spelling, because she can visualise the letters and colours, and can easily memorise phone numbers.

Because her mother had synaesthesia, Fran didn’t realise she processed words and numbers differently until later in life. She’s now working with the University of Sussex to help research the condition.

Fran sees her form of synaesthesia as an everyday advantage, but says she doesn’t tell many people about it due to past reactions.

‘I don’t actually talk to many people about it because they just go “well, that’s weird.” I think people aren’t aware that it’s a thing and because it’s so difficult for people to get their heads around, it’s not really accessible,’ she says.

‘I think it’s just great to be aware of different types and how diverse neurodiversity is.’

Caz, from north London, has visual and auditory synaesthesia, which means she sees sounds as colours. This isn’t just music, but every sound – including people’s voices.

She tells Metro.co.uk: ‘Certain notes have colours – like I was learning to play guitar and F is green, and F sharp is a slightly different green – G is orange, A is yellow, E minor is maroon but regular E is a brighter red.

‘That’s the noise it makes, but it’s not chosen – that’s just what it is.

‘It’s almost like a canvas overlaid on the actual visualisation.

‘With music it’s weird, as it moves. So drums are black and they come in depending on if it’s soft or sharp, but it will be a black circle that kind of overrides, that will sit underneath what’s going on.’

She says: ‘I didn’t like music when I was a kid because it was too much. Then when I was 15 I got really into minimalist music, as you’d expect, because I could see it better.’

The 27-year-old recalls her synaesthesia being really difficult as a child – as she was unaware of what it was and had no idea that everyone didn’t process sound in this way.

She adds: ‘When I was a kid it was really hard, I remember going to a school firework night and being totally unable to cope.

‘Adults were like “oh my god, she doesn’t like it, let’s take her indoors so the bangs are quieter” and I went indoors and there was like a disco, which was worse.

‘I remember getting in there and thinking “well now I can’t see the fireworks at all, there’s still banging and also I can’t really see anything else as there’s way too much colour”.

‘It was so much overload because I was five and no one else knows that you’re spacing out looking at the disco.

‘For me, I definitely didn’t have the social skills or know what it was until I was older.’

She says: ‘Sometimes I get the impression that people think you’re making it up to seem special.

‘It’s almost too personal as it’s deep into the fun facts.’

She thinks that there needs to be more awareness around the condition – so people can consider how everyday life may be challenging for synesthetes. Caz stresses that even everyday sounds can be really difficult and sometimes result in a sensory overload.

‘Unsurprisingly, I hate the Tube,’ she says.

‘For me personally, I’d like to be able to dial down the sensitivity of it – as it’s things like if someone is tapping their foot on the tube.

‘Or open-plan offices – those are not a good idea if you have a synesthete in the room.’

She thinks this awareness could help children (and their parents) identify it from a young age.

Caz adds: ‘Teachers could use it as well – as kids would pick stuff up so fast. Like even as simple as putting a marker on a piano key for a kid with synaesthesia, it better be the right colour – otherwise you’re better off putting no colours.’

Abi, a freelance interiors stylist, says her synaesthesia actually helps her when it comes to her work. She has the grapheme-colour form – similar to Fran.

‘The colours I associate with each letter are very personal to me, and I have no idea where they come from,’ she tells Metro.co.uk. ‘Other people I know with the same kind of synaesthesia have a totally different set of colours to me.’

The 38-year-old is also drawn to calm, neutral colours as a result of her synaesthesia – something that shines through in her interior and stylist work.

Abi says: ‘There’s an understated, minimalist style running through all my work, as well as the way I decorate my home, the way I dress and even the books and magazines I’m drawn towards.

‘That’s in part a reaction to my synaesthesia, as my mind is constantly buzzing with colour and I find it hard to switch off. Having calm, neutral surroundings is a bit of an antidote to what I’m experiencing in my head. That doesn’t mean I don’t appreciate colourful interiors and art etc – just that I couldn’t surround myself with them for too long.’

She adds that her synaesthesia helps her do her job better.

Abi says: ‘I see it largely as a positive thing. I’m very good at distinguishing between subtly different hues, which definitely helps with my work, and I think it’s one of the reasons I’m so interested in design, photography and other visually creative things.

‘I also tend to have a very good memory for spellings, phone numbers, names and birthdays, and it’s certainly helped me as a writer. I can instantly spot typos because the colours I’d normally associate with a particular word appears in the wrong order.’

Along with Fran and Caz, Abi agrees that synaesthesia, and the impact it can have on people, isn’t always taken seriously – and she hopes to change the way it’s perceived.

Abi says: ‘I often get told my home is boring or that I’m scared of experimenting with colour, or I’ll get some off-hand comment like ‘Oh, you’re wearing black again”.

‘And I’ve had some fairly nasty reactions on Instagram to the fact I display my books with the spines facing inwards to hide all the differently coloured covers – I get told it’s silly, or that I must just have books for display and not actually read them.

‘I think people find it hard to understand just how stressful and jarring I’d find lots of bright, busy colours if I was surrounded by them all day, every day.’

Meet Etienne Green, England U21 keeper named after his French club St Etienne and getting ready to face Lionel Messi