April, Nick, and Jennifer Davis are newcomers to TLC’s Seeking Sister Wife Season 4. The throuple is seeking a new sister wife to join their polygamist lifestyle, and some fans of the show are already outraged by some of the behaviors they’ve seen from the Davis family. The group recently explained their sex schedule, too. Here’s what they said — and what it’s like all sleeping in one bed.

April, Jennifer, and Nick Davis joined the Seeking Sister Wife Season 4 cast. According to People, Jennifer and April are legally married to each other, and they consider themselves to be married to Nick as well. While their throuple seems to be working, there’s tension in season 4 between April and Jennifer.

“I feel like we would be closer, but I feel like I’m not even a thought,” Jennifer explains.

Nick doesn’t help with his response. “I’ll keep you around, but when it comes down to it, I’m protecting April,” he notes.

Season 4 also explores Nick, April, and Jennifer inviting a new sister wife into their family. Nick begins to date a woman named Danielle — and that’s sure to come with some difficult territory in itself. “The new relationship seems to be going well until some unexpected surprises are revealed along the way, leaving Danielle to question if this is what she really wants,” TLC states. 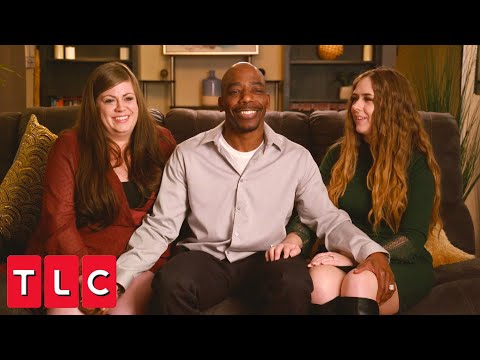 A clip from TLC shows April, Jennifer, and Nick Davis giving more insights into their day-to-day lives. “The current sleeping arrangement at home is that we all share one bed,” Jennifer tells the camera.

“Part of that is because of space,” April notes. “I mean, we have the smallest house ever right now.” April then notes she “prefers” this sleeping arrangement over being alone.

“Not one of us spends a night without Nick,” Jennifer adds. “It’s very special to be able to sleep next to the one you love, for sure.”

As for sex, the throuple touched on this in their interview. “Our schedule for sex is whenever I feel like it or whenever they feel like it,” Nick tells the interviewer.

“Our schedule for sex is that there is no schedule,” April adds.

Nick then notes he tries to make sure his wives are “taken care of.”

April gave more details to TLC. She said that when anyone’s getting intimate, they stay in a separate part of the house to respect the other person. April alludes that the time one on one with Nick is incredibly important to each of their relationships, too.

Some fans have concerns over Jennifer Davis’ age

The first episode of Seeking Sister Wife Season 4 shows April and Nick Davis talking about their extensive past. The two met in college and were together for 14 years. April didn’t have much of an interest in polygamy at first, but she warmed up to the idea over time.

As for Jennifer, this is her first polygamist relationship. At 24 years old, she’s substantially younger than both Nick and April. She’s been with the couple for nearly five years, which means she met them in her teen years. Some fans take issue with Jennifer’s age and the age she entered the polygamist family.

Jennifer’s younger age doesn’t seem to bother her, though. “Pretty immediately, Nick made me feel like the most beautiful, the most courageous, the most fearless woman,” she added. “And from there, I just knew it was meant to be.”