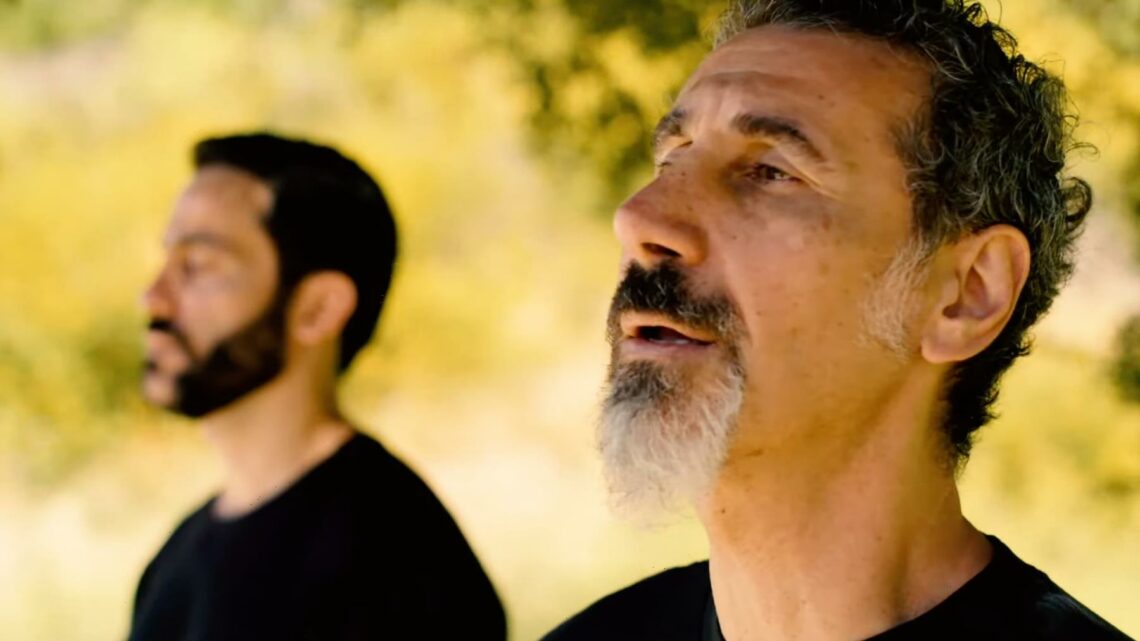 System of a Down’s Serj Tankian channels a message of “unity and harmony” on his new song, “Amber,” which he sings in his native Armenian language.

“Amber” — which is pronounced “ahm-be’r” and means “clouds” in Armenian — is a plaintive folk song filled with piano, strings, and additional vocals from the celebrated Armenian singer Sevak Amroyan. The track also arrives with a music video, directed by Hrag Yedalian, that finds Tankian and Amroyan performing the song as a young boy (Darren Chilingirian) flips through a sketchbook with handwritten phrases and illustrations that refer back to the song’s lyrics. Eventually, the boy begins to crumble the pages and throw them on the ground, and at the end of the video, it’s revealed that the scrapped pages have taken the shape of a map of Armenia and the disputed region of Nagorno-Karabagh.

Watch System of a Down Play 'Genocidal Humanoidz,' 'Protect the Land' Live for First Time

The Private Lives of Liza Minnelli (The Rainbow Ends Here)

In a statement, Tankian said he wrote “Amber” after visiting Armenia to serve as an election monitor as a member of the group, Justice for Armenia. Tankian said the lyrics were initially inspired by “slick theft of the elections before er reaching the ballot box,” but notes that they seem to resonate even now.

“The lyrics however seem to be more poignant today when Armenians are divided politically and socially following the devastating attack on Nagorno-Karabagh and Armenia by Azerbaijan and Turkey in 2020 and the continuous fallout over negotiations with those two dictatorial regimes,” Tankian said. “‘Amber”s message is that of unity and harmony. Those are the only truly powerful weapons of the Armenian nation.”

Of joining Tankian on the song, Amroyan said, “NaturalIy, I have listened to Serj Tankian’s music since childhood and always with a sense of pride. After getting acquainted with him, I realized that in addition to being an iconic musician he’s also a very proud Armenian. I am happy about our collaboration and thankful to Serj that we’re singing ‘Amber’ together. It’s a great honor for me.”

“Amber” marks Tankian’’s first new studio song of 2022, though earlier this year he did release a new live album, Live at Leeds, which he recorded with the F.C.C. as his backing band. Last year, Tankian released Cool Gardens Poetry Suite, in which he paired poems from his collection, Cool Gardens, with new classical music pieces. Other releases included Cinematique — a set of 25 compositions split into two collection that explore classical soundscapes and more modern ones — as well as two film soundtracks for the documentaries, Truth to Power and I Am Not Alone.