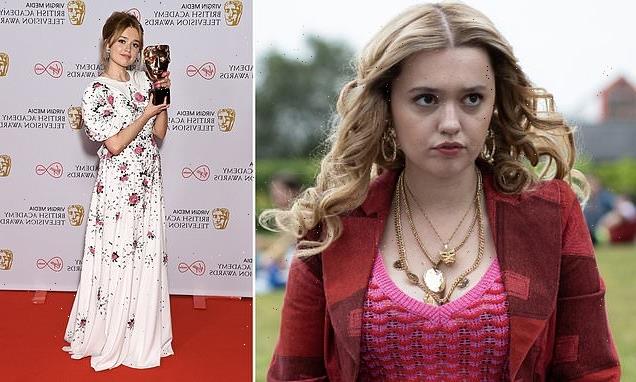 The BAFTA-award winning star of smash hit show Sex Education has revealed she once thought she was ‘too ugly’ to land major roles after being tormented by bullies.

Aimee Lou Wood, 26, from Stockport, returns in the latest series of the Netflix series, which airs in September, playing the character of Aimee Gibbs.

Ahead of the third series, the actor – who began her career in theatre – discussed some of the struggles she’s had with self-image in the past, as well as her eating disorders.

Aimee revealed to the Observer how she used to be bullied over her appearance when she was younger, being picked on about her body and teeth. 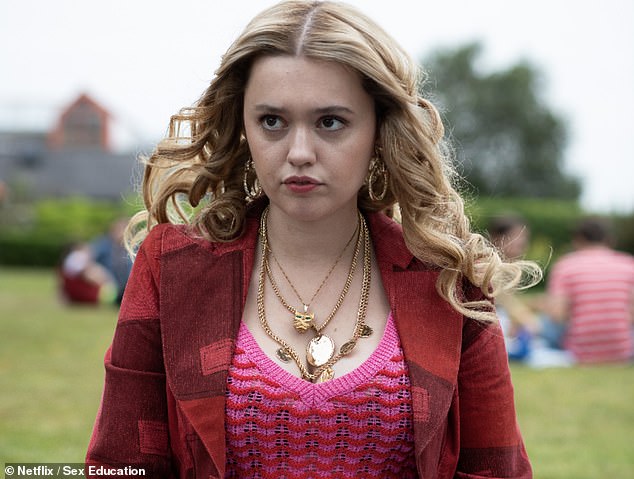 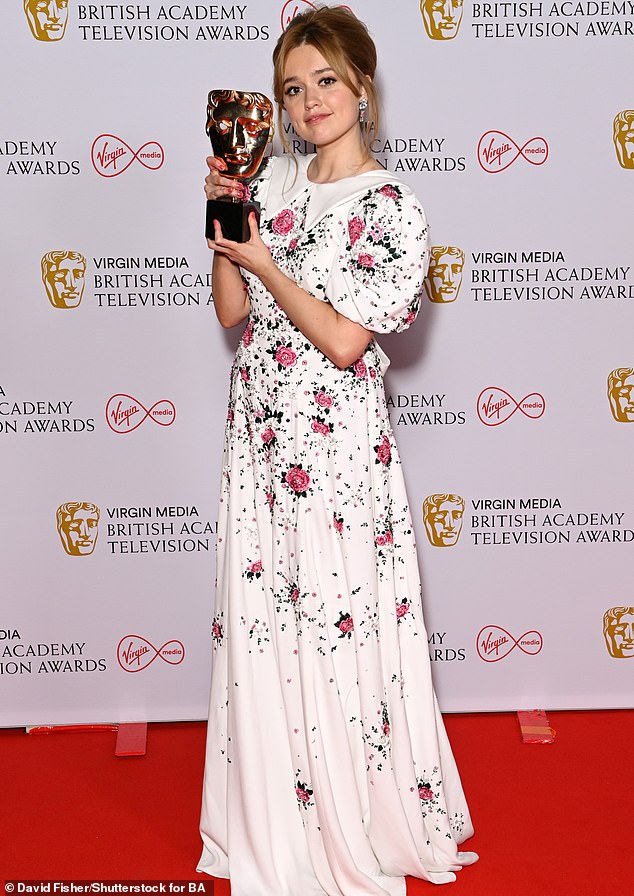 This led to the star, who attended top acting academy RADA before taking on meaty theatre roles at The National in London among others, believing she wouldn’t get a TV job, saying she was ‘too weird-looking’.

She added: ‘Anyone who’s been bullied knows what it’s like to hear these things, to internalise it and turn it in on yourself and go “If I was just less ugly, just less this, just more this…”.’

The rising star also struggled with anorexia and bulimia, saying that her eating disorders were often a reaction to being too much of a people-pleaser.

‘I always know if I’ve had a particularly people please-y time,’ she said. ‘Suddenly, I’m not eating. Or I have that feeling, “I have to make myself sick!”

‘You’ve compromised your integrity, or you’ve not expressed yourself, then it’s all built up, and it’s the inward “Here we go”.’

Although the problem was noticed by staff at RADA – an intervention Aimee described as ‘necessary’ – she’s still had some moments of self-doubt while filming Sex Education’s sex scenes.

The star – who formerly dated co-star Connor Swindells (who plays Adam Goff) – also discussed how the show hired an intimacy coordinator to help actors and directors plan out their sex scenes. 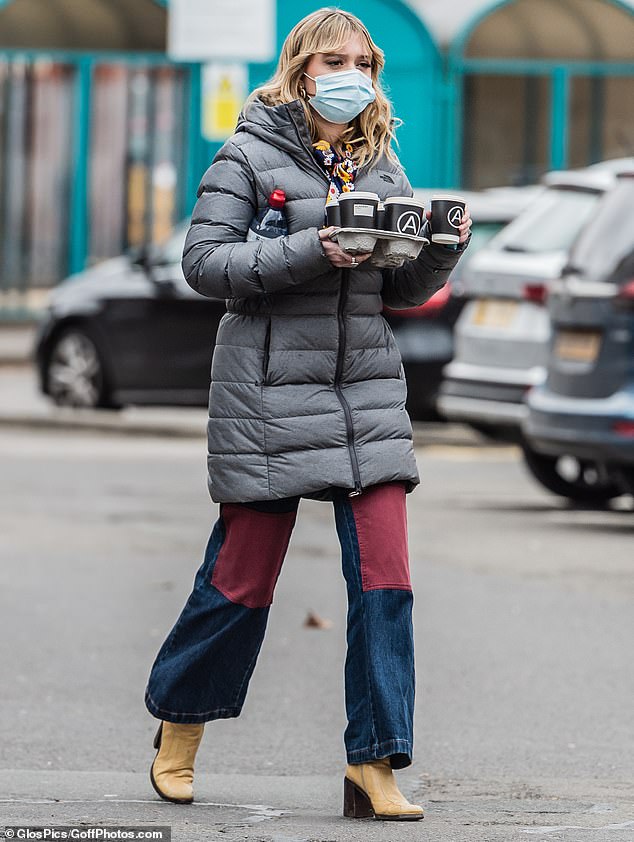 This was helpful when filming a scene in which she masturbates – which she described as ‘a bit awkward’ as you ‘don’t have another actor to joke with’.

Speaking earlier this year on the Make It Reign podcast, Aimee admitted she worried about about how she looked during the shoot a short time after wrapping, saying the intimacy co-ordinator had warned her this could happen.

According to Aimee: ‘The intimacy co-ordinator said sometimes you’ll feel pretty exhilarated after you’ve just done the sex scene, then a day or two later you get a bit of a vulnerability hangover and you’re like, “S**t!”

‘So she checks in on us a day or two after we’ve filmed it to see how we’re feeling. With the scene, I was so supported on set. But a couple of days later I was like, “Oh, my god!” 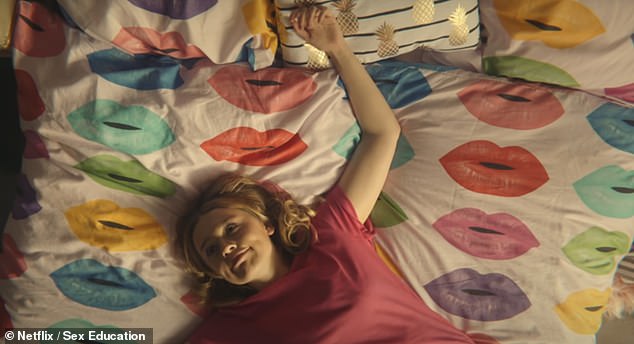 Aimee added that filming the scene gave her a ‘major vulnerability hangover’, saying: ‘I was like, “I look hideous, my a*** in the air, so unflattering”.’

But she concluded that she was glad producers didn’t airbrush anything, adding: ‘Now I look back at that and think, “wow, great!”.’

She scooped the gong for best female performance in a comedy programme at an awards ceremony in June and, aside from season 3 of the Netflix show launching, the actor now has several projects in the pipeline.

Among them is her first lead film role in ‘Living’, playing opposite Bill Nighy in the adaptation of a 1952 Japanese film Ikiru, as well as a smaller role in The Electrical Life of Louis Wain, featuring Benedict Cumberbatch and Claire Foy.