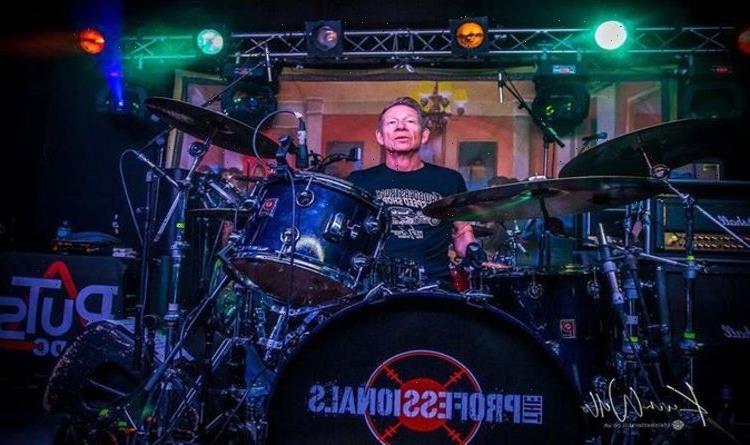 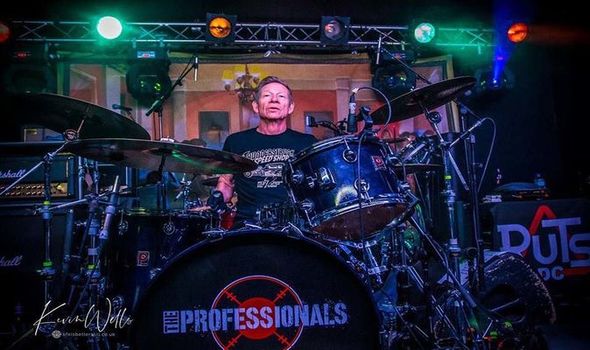 “I’m a bit of a culture vulture,” Paul, 65, tells me with grin. “Museums, art galleries, the cinema…I love all that. That’s how I relax now, I go out and about.”

The down-to-earth drummer with The Professionals is also a regular at Stamford Bridge. He has supported Chelsea since childhood. “Just when you think you’re out of it, they drag you back in…” he shrugs.

Cook – Cookie to his friends – gets recognised a lot on the terraces.

“Generally, people are all right. They want to talk about the Sex Pistols days. They say that we were an influence on their lives, which is what we set out to be – we wanted to widen people’s horizons, let them see they could do other things.”

Punk didn’t just kick open doors in the music business, he adds, “it influenced fashion, writing, art, film…it was right across the board. The message was, if you want to do something do it, get up and have a go. Don’t just accept a dead-end job or whatever. That struck a chord for a generation.”

Paul isn’t keen to dwell on the past, preferring to talk about the Professionals – the band he first formed with Pistols guitarist Steve Jones in 1980, and who have just released SNAFU, their third official album in 41 years.

With Jones, Paul played with Phil Lynott in the Greedy Bastards, Johnny Thunders and Joan Jett.

He was in the Bow Wow Wow spin-off Chiefs Of Relief, he’s toured for years with Orange Juice’s Edwyn Collins and collaborated with Def Leppard guitarist Phil Collen in Man-Raze.

He’s reluctant to talk about the recent court case which saw him and Jones see off ex-Pistols frontman John Lydon. The former Mr Rotten was out to stop Danny Boyle using their music on the upcoming Netflix series, Pistol – based on Steve’s memoir, Lonely Boy: Tales From A Sex Pistol. But the band had agreed a majority rule clause on decisions affecting their music, and Lydon lost.

Hammersmith-born Paul was always the solid backbone of the Pistols, the stable one. The second child of three, Cookie’s father was a carpenter and joiner; his mother did casual work.

Soul and sixties Ska were his first loves, followed by glam rock and hard rock in his teens.

Paul grew up just around the corner from Jones; both attended Christopher Wren school near White City, acknowledged as rough even by the standard of West London comprehensives.

Cook was an apprentice electrician when they formed their first band, The Strand, with neighbour Warwick “Wally” Nightingale – a budding guitarist and then the only one of them who could play.

The genesis of the Sex Pistols, via Malcolm McLaren’s King’s Road boutique, and Jones’s kleptomania has been told many times.

Formed in 1975, the Pistols went up like a rocket and conked out in January 1978. Their incredible story of, in Paul’s words “shaking things up and getting up a lot of noses”, includes their double platinum selling debut album, seven Top Ten singles – one being the banned 1977 smash God Save The Queen – and the death of Sid Vicious.

They influenced everyone from Nirvana to Green Day.

Another reunion is unlikely.

Steve and John weren’t talking even before the court case – despite both living  near Venice Beach, Los Angeles. “I can’t see it happening again,” says Paul who was always the go-between. “I don’t think anybody wants it to. It’d look ridiculous, four 65-year-old blokes singing about anarchy.”

Paul still lives in Hammersmith, not far from the house he grew up in, with wife Jeni, a former backing singer for Culture Club. “We’ve been together for 35 years,” he says. “We met on the club scene.”

Boy George is godfather to their daughter Hollie, a well-respected singer in her own right – she sings on Spike Me Baby, a track on his new album inspired by the time Paul unwittingly helped himself to her “herbally enhanced” chocolates.

He laughs when I remind him that Hollie called him “the coolest Sex Pistol”.

“Well, who’s the coolest Beatle? Ringo! In the Stones it was Charlie. You have to be cool when you’re playing with mad people at the front.”

He still enjoys “drinking with my mates down the pub, chewing the fat, telling stories, having a giggle”, but not to excess. “I’m pretty stable,” he says. “We grow up, don’t we? I’m not a typical musoe.”

Unlike Jeni, a vegetarian and raw food advocate, he eats everything. “But I try to eat healthy; not too much junk. And I exercise. I keep in shape. Before a tour I go down the gym.

“With the Professionals, our music is pretty full-on. It don’t get any easier in your sixties, you just adapt, temper your style.”

His own drumming heroes include The Faces’ Kenney Jones, Booker T legend Al Jackson and Roxy Music’s Paul Thompson. “As I got older, I appreciated jazz drummers, appreciated the musicianship…”

The Professionals new UK tour starts on Wednesday (13th) in support of their new album. Cook and Jones formed the band late in 1979, after a “disastrous” short-lived attempt to fuse the Pistols together with Sham 69. Their mix of huge guitar chords, swaggering rock and catchy anthems still punches home.

Jones isn’t on the new album but Phil Collen and The Cult’s Billy Duffy guest.

“People still ask me, ‘Where’s Jonesy?’,” says Paul. “But this Professionals line-up has been together longer than the original line-up.”

Steve did play on 2017’s What In The World album. “I tried to get him on this one but because Covid he couldn’t get to the studio – he had health issues; but if we went to the States he’d definitely be on stage with us.”

Lydon, Jones and original Pistols bassist Glen Matlock have written memoirs, but Paul laughs at the idea. “A Cook book! What, Anchovies In The UK? Squid Vicious? God Save The Cream? It has been suggested, but I don’t see the point of raking over the past.”

Future plans include a twice-postponed tour with Stiff Little Fingers next Spring. And before that?

“I wouldn’t mind a nice holiday, go over to Los Angeles and see Steve – he’s still one of the funniest guys I know. I’ve got lots of friends in LA.

“But the plan is to keep making music, writing new stuff and getting it out there. I enjoy the Professionals. We’re moving forward. We’re progressing as a band, slowly…

“I just try to keep on being creative and keep moving on.”

*SNAFU by The Professionals is out now. For tour dates see theprofessionalsband.com

TALK OF THE TOWN: Naomie Harris grabs lunch on the go
Recent Posts