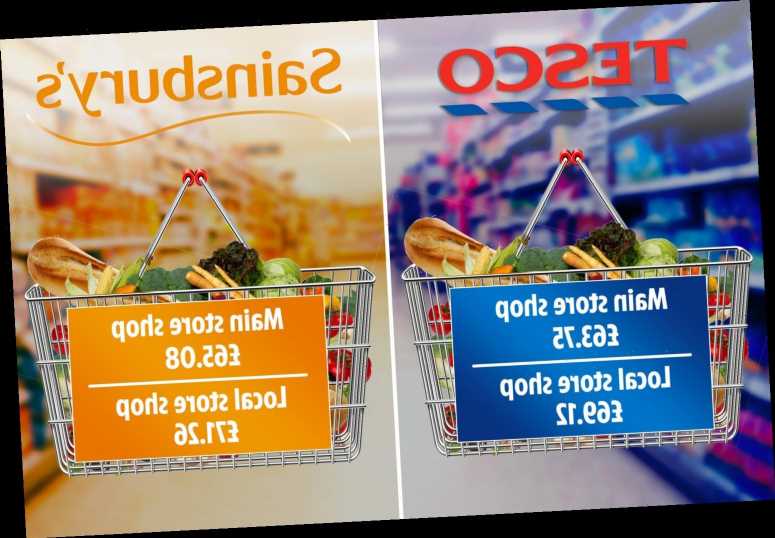 Shoppers pay £320 a year EXTRA by shopping at smaller supermarkets

BRITS who rely supermarkets' smaller local branches are paying up to £320 more a year than those who shop at larger stores.

Many families have relied on convenience stores near their home during the coronavirus pandemic, in a bid to avoid large supermarkets. 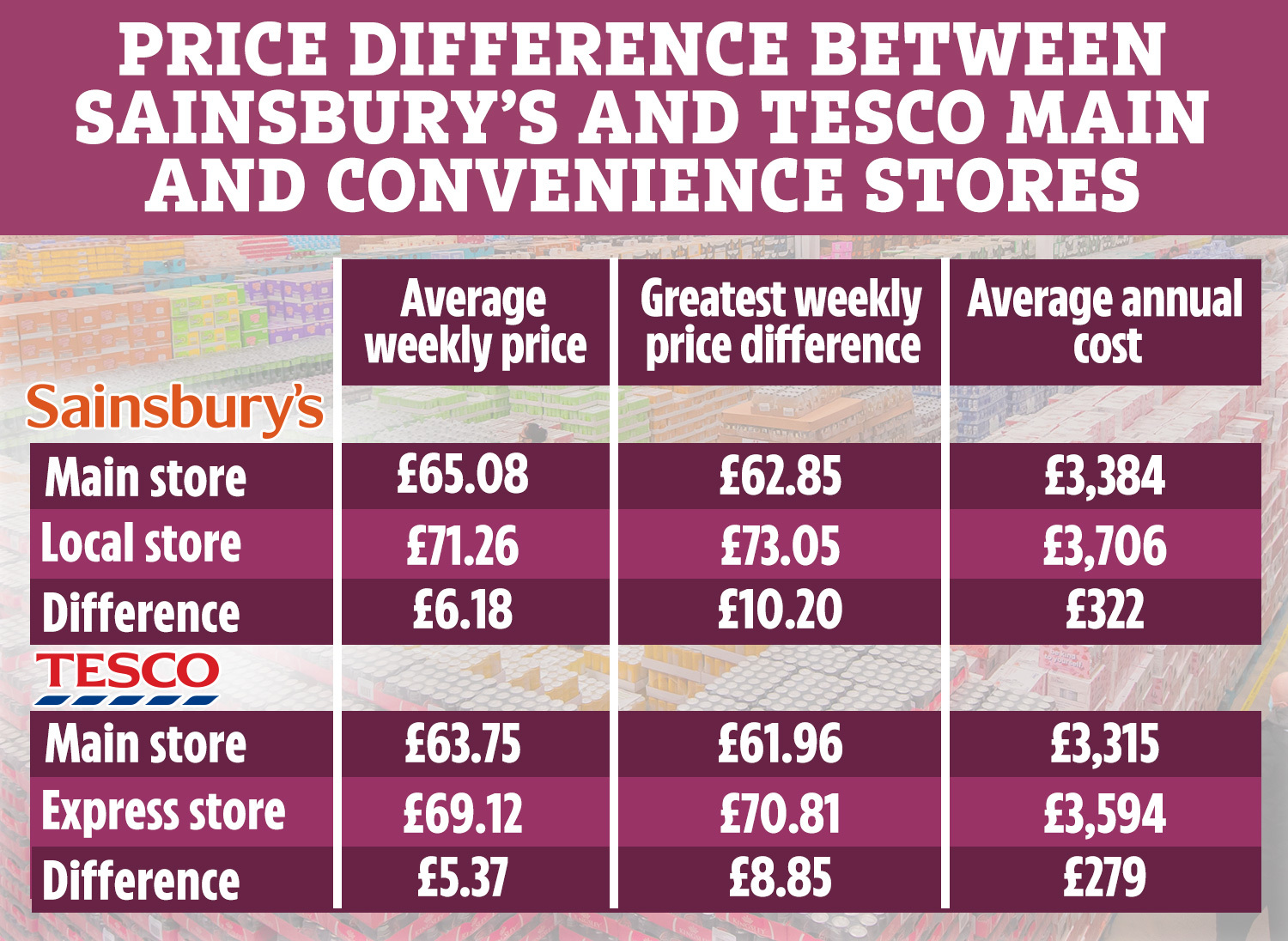 Researchers compared the average weekly price of 48 own-label and branded groceries over five months at Sainsbury’s Local and Tesco Express to the cost at the retailers’ main supermarkets.

Customers could be paying or 9.5% more a year at Sainsbury’s Local than a regular Sainsbury’s, Which? found.

On average, the basket, which included Napolina Chopped Tomatoes and McVities Ginger Nut biscuits, cost £71.26 a week compared to £65.08 – an average difference of £6.18 weekly and £322 annually.

Meanwhile, Tesco Express customers could be paying 8.4% more a year than those shopping a larger Tesco supermarket.

How to cut the cost of your grocery shop

MONEY.CO.UK has shared some top tips with us to help you keep your supermarket spend down to a minimum.

At Sainsbury’s the products with the biggest price difference were a 400g can of Napolina Chopped Tomatoes, which was a third more expensive at Sainsbury’s Local.

Meanwhile, a 250g packet of McVitie’s Ginger Nut Biscuits, which was just over a quarter pricier at a Sainsbury’s Local store compared to a larger supermarket.

A number of Tesco own-label products were a quarter more expensive in Express stores than in supermarkets, including Tesco 0% Fat Greek Style Yogurt (500g) and Tesco Orange Juice With Bits, Not From Concentrate (1lt).

In some cases, however, products were the same cost or even a fraction cheaper in the convenience store.

For example, a 500ml bottle of Flash spray with bleach was the same price (£1) at Sainsbury’s Local, Tesco Express and the supermarkets, while McVities Digestives were on average 1p cheaper in the smaller stores. 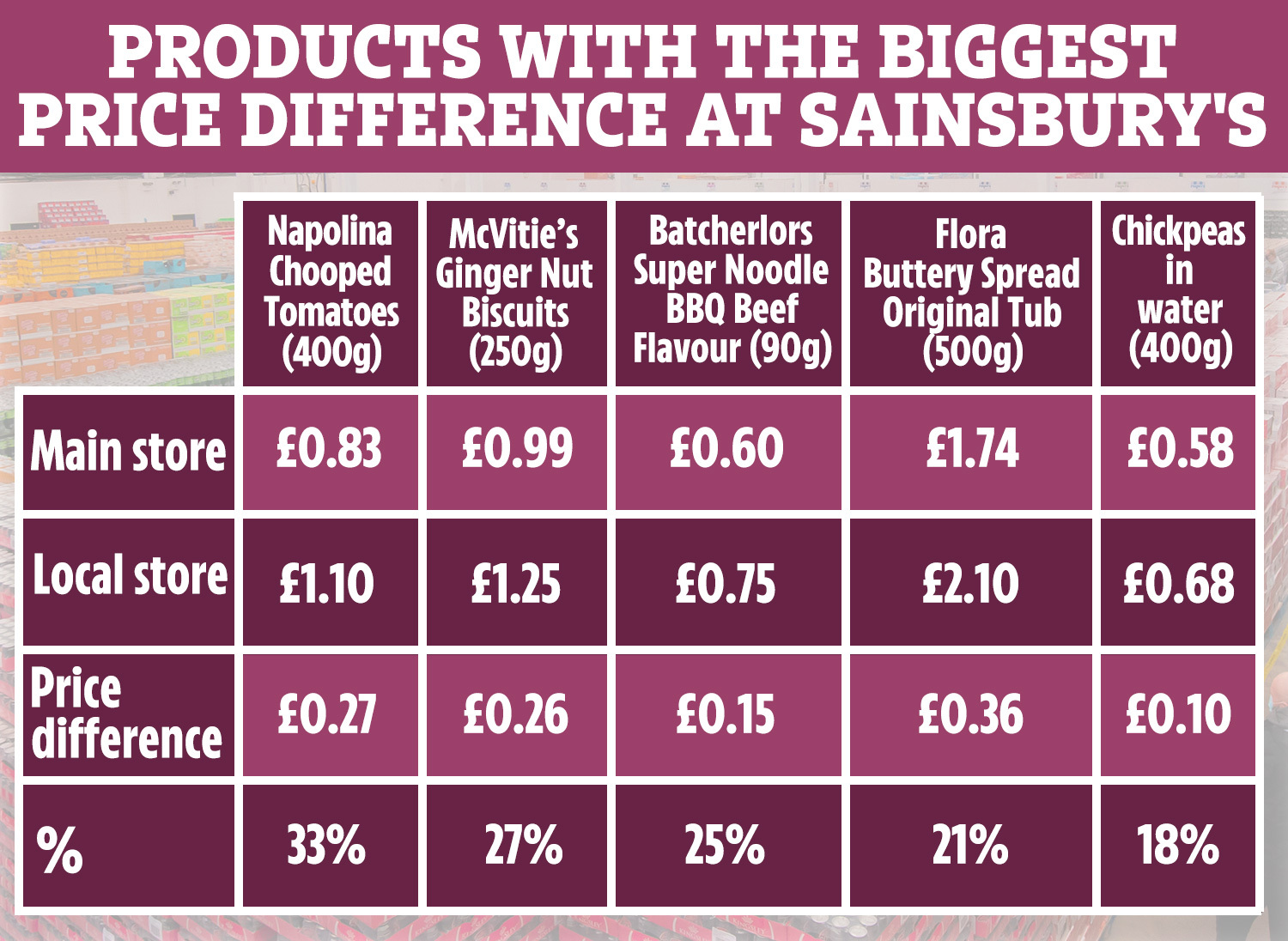 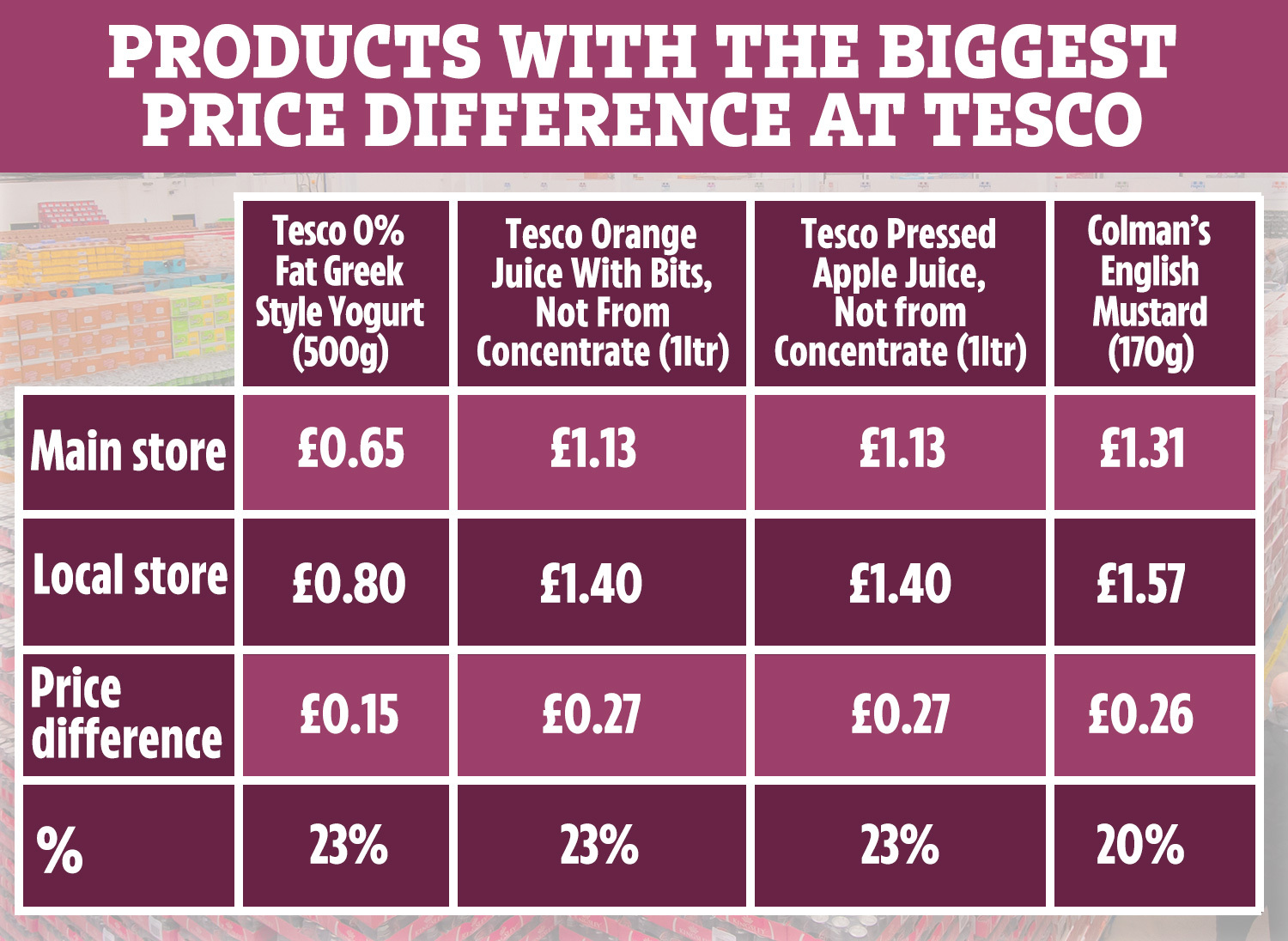 The new findings from Which? mimic similar research from the BBC in 2017 which showed how mini supermarkets charge up to THREE times more for groceries.

Natalie Hitchins, from Which?, said: “Convenience stores have been a huge help to many of us during the pandemic.

“However, our research shows that shoppers who rely solely on supermarket convenience stores, rather than their larger stores for their groceries, are paying a premium.

“Customers will generally get more for their money at larger supermarket stores, but for some products, the price difference may not be significant, so it is always worth checking prices to make sure you are getting the best deal.”

The use of convenience stores increased during the first lockdown, offering an alternative for those who preferred not to travel or queue for supermarkets.

In particular, local stores that launched delivery services – a lifeline to vulnerable and shielding people – also saw a boost in sales.

Separate research at the start of the pandemic in April 2020 showed there was a massive 40% rise in earnings for corner shops as shoppers shunned away from bigger shops.

“The price of our products is influenced by a range of factors, including promotions which can vary between Sainsbury’s supermarkets and convenience stores.”

A Tesco spokesperson said: “Our Tesco Express stores are mainly in built-up areas where unfortunately rents, rates and the operating costs for these stores are higher.

“The difference in prices of some products reflect these increased costs, but our prices remain competitive as we strive to offer great value to our customers.”

We've rounded up 16 tips to slash your supermarket shopping bill by hundreds of pounds a year.

We spoke to one money-saving mum who cut up to £180 a month off her food shopping bill by meal prepping and bulk cooking.

And this shopper cut her food bill by £1,800 a year by ditching junk food, shopping online and meal planning.

Bank of England cuts growth forecasts for this year amid lockdowns