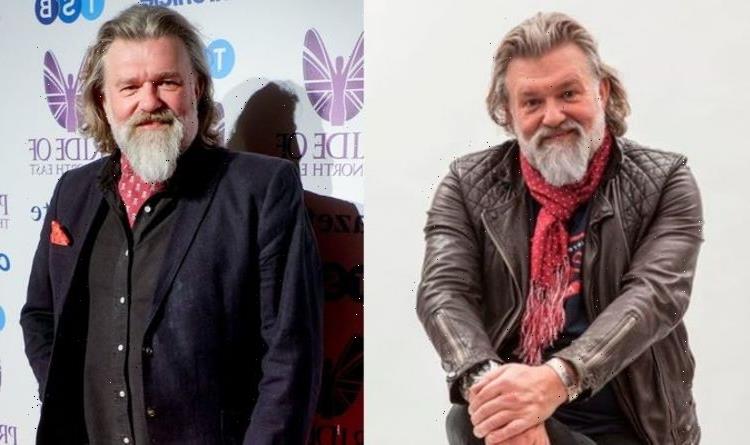 The Hairy Bikers: Si King discusses his struggle with illness

The motorcycle riding chefs are back on our telly screens with a Northern adventure in their BBC Two programme The Hairy Bikers Go North. But a few years ago, the future for Si looked murky. It was when his health declined rapidly due to a serious condition that Dave and Si’s friendship was put to the ultimate test. When Si was rushed to hospital his co-star Dave was right by his side.

Si was suffering with severe headaches when he first noticed something was wrong with his health. Gradually getting worse the chef finally thought to himself “I am in trouble here”.

His mysterious condition started to affect his every-day life. Talking about the worrying time he said that he was watching rugby when “everything just started to fall off the bottom of the TV.

“Then I had this searing pain – the only way to describe it was like someone was going at my head with a rusty nail and a hammer.”

After taking the decision to go to hospital the chef received the sobering news that he was suffering with a brain aneurysm and that if he hadn’t travelled to the hospital he “would be dead”.

In addition to the brain aneurysm, Si was at risk of suffering a stroke, which occurs when the blood supply of the brain is cut off. The condition is life-threatening and Si himself said if he had had a stroke it “would’ve meant curtains.”

He added: “I’m an incredibly lucky man to even be here today to talk about it. I can’t thank the doctors and nurses enough.

“It’s not just the, ‘am I going to die here?’ thing. It’s the knowledge that even if you don’t die, you can be left with damage to the brain.”

In light of his condition Si underwent a lumbar puncture, where samples of fluid are taken from the base of the spine

The NHS explains that this procedure is carried out when an individual’s brain aneurysm bursts. If this rupture is not picked up by a CT scan, the fluid taken from the spine can be analysed for signs of bleeding.

If the results of scans or a lumbar puncture suggest you have either had a brain haemorrhage or have an unruptured brain aneurysm, a further test called an angiogram or arteriogram may be carried out to help plan treatment.

Sick with worry Dave explained what it was like from his perspective, waiting for any update as his friend underwent surgery.

Dave said: “To see your mate lying there. It’s terrible. That night he went in, he was sick as a parrot, but conscious.

“They were keeping everything under control till they could get him to theatre. There wasn’t much joking then.”

Luckily for both of them, Si was able to make a full recovery. Now the chef goes for regular check-ups. Si added: “ It is a continual treatment and I will need some more. It was a life-or-death thing. It was critical when I went into hospital but now it’s not. It’s good they have fixed it.”

An aneurysm is a bulge in a blood vessel caused by a weakness in the blood vessel wall. As blood passes through this weakness the pressure causes the area to bulge outwards.

How to know you might be suffering from a brain aneurysm
In order to spot the first signs of an aneurysm, the NHS states to look-out for these symptoms:

Both ruptured and unruptured brain aneurysms are serious conditions and should be treated immediately.

Although it is still unknown what exactly causes the wall of affected blood vessels to weaken is still unclear, although risk factors have been identified.
These include: