Premier Daniel Andrews says the signs are not good that Melbourne can emerge from its sixth lockdown this week, as more than half a million newly acquired Pfizer vaccines are rushed to NSW amid the deepening crisis there.

With Victorian health authorities still trying to track mystery cases of COVID-19 and the latest outbreak at a tipping point, Mr Andrews said there were too many mystery cases and not enough compliance with the health orders to allow the city to open up.

Of the 25 cases reported on Sunday, four were mystery ones.

But the Premier backed the decision by the federal government to send more than half the 1 million doses of the Pfizer vaccine newly procured from Poland to the worst-hit areas of Sydney, saying vaccination was NSW’s only hope of emerging from its crisis and there was “no way they’re getting to zero cases”.

Mr Andrews indicated Victoria’s border with NSW would stay shut until case numbers there were under control, regardless of progress on vaccinations. There were 415 new cases reported in NSW on Sunday, 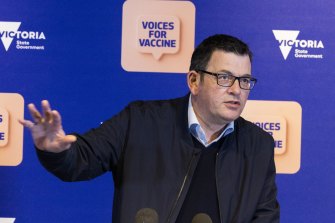 Victorian Premier Daniel Andrews has given his strongest indication yet Melbourne’s lockdown would be extended beyond Friday. Credit:Wayne Taylor

Prime Minister Scott Morrison announced the purchase of the doses on Sunday, saying 533,000 of the jabs would go to Sydney and the rest of the shots would be distributed to states and territories on a per-capita basis, with Victoria to receive 175,000. They were due to start landing in Australia on Sunday night.

On Sunday, Mr Andrews all but confirmed the lockdown in Greater Melbourne would be extended beyond Friday, describing the work of contact tracers battling eight “sub-clusters” of COVID-19 outbreaks as challenging.

“There are far too many cases, firstly,” Mr Andrews said.

“There are a number of mystery cases and those numbers continue to grow, and that’s really challenging.

“If we were to reopen the whole economy or reopen and let people move freely right now, then we will finish up with where Sydney is at right now – thousands of cases, not cases in the 10s and 20s.”

While the Premier said he did not know what Thursday’s announcement on lockdowns would entail, he did indicate that “these were not good signs”.

Mr Andrews said there had not been enough compliance with the lockdown rules, citing a “pub crawl” in Richmond on Friday.

COVID response commander Jeroen Weimar called out families allowing their children to meet for play dates, and said not enough people were getting tested.

“If your children have been contacting each other or been with other kids over recent days, you must go and get them tested today – we have seen positive cases coming out of this outbreak from that kind of contact.

“If you’re supposed to be working from home … and you’re choosing to work from an office, we would like you to get tested. Because, again, we’ve seen people who are not abiding by the work-from-home directives who are picking up coronavirus and spreading it to their community.”

At this stage of last month’s outbreak, seeded by Sydney-based removalists and spread at a number of packed venues such as the MCG and the Young and Jacksons hotel, COVID-19 case numbers had begun falling.

Catherine Bennett, chair of Epidemiology at Deakin University, agreed with Mr Weimar’s assessment that Victoria was at a make-or-break juncture, pointing to similarities between the present situation in Melbourne and that of NSW several weeks ago.

“Every day we’re getting cases popping up that tell us we’ve got a wider spread than we realised,” Professor Bennett said.

“We don’t know how far the virus has got out into the community, and without being alarmist, that’s what happened in Sydney. They found the chains of transmission out into western Sydney only after they had been there for a few weeks and then found how widespread it was.”

Mr Weimar said Victoria was now at a “tipping point” as the latest cluster was continuing to grow. The cluster started with a Newport teacher at Al-Taqwa College. 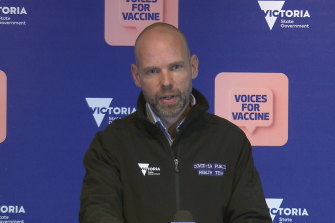 “We’ve now got three, four significant clusters that are being generated that we now have to focus on, and that’s the area of concern at the moment, and that is why this is a real tipping point,” Mr Weimar said.

Health authorities are particularly worried about an outbreak in Melbourne’s Orthodox Jewish community, after the pair in St Kilda East tested positive to coronavirus at the weekend.

Contact tracers are investigating whether the duo attended an illegal gathering during lockdown.

Border closures look likely to persist into 2022. West Australian Premier Mark McGowan said on Sunday his state’s hard border with NSW could stay for the rest of the year, while Mr Andrews said he would not open up Victoria to its northern neighbour until case numbers there were under control, regardless of vaccination rates.

The national cabinet has agreed, on advice from the Doherty Institute, that Australia could open up when the adult vaccination rate hits 70 per cent. But Mr Andrews said on Sunday that NSW residents would still not be allowed into Victoria if the case numbers remained in the hundreds each day.

“They won’t be getting in here,” the Premier said.“That [Doherty] modelling [about reopening the economy after hitting a vaccination target of 80 per cent] does not assume there are thousands of cases, and hundreds of cases every day. That modelling assumes there are very low numbers of cases.

“So if we want to be open, if we want to have a new set of rules as we go into a new year, if we want to preserve our health system for everyone who needs it … then when we get to 70 or 80 per cent we have to have cases down here, not raging.” 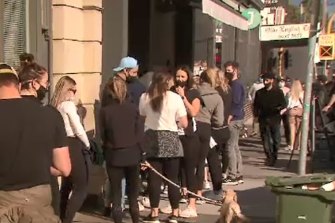 The Premier called out Melburnians gathering for the ’Walk, Talk, event, which he described as a “pub crawl”, on Saturday. Credit:Nine

He backed the Prime Minister’s decision to send most of the new Pfizer shots to NSW.

“They have to be given more vaccine in NSW because nothing else they’re doing is working,” Mr Andrews said.

Mr Morrison said the additional doses would be enough to vaccinate everyone aged 20 to 39 in Sydney’s 12 highest-risk local government areas.

Mr Andrews called out people who he said had been “laughing” at Victoria’s predicament during the second wave.

“Let’s not return that.”

The remaining Pfizer doses are due to arrive in Australia this week.

Poland’s Australian embassy said in a statement Australia had been added to the list of “low and middle-income countries” with which Poland was sharing vaccines due to the recent outbreaks of the Delta strain. The doses were sold on a non-profit basis, according to the embassy.

“The decision to also add Australia to the list was taken against the backdrop of the current outbreak of Delta variant in the country, following the talks between both countries’ officials, including the prime ministers and foreign ministers,” the statement said.

The decision to direct the NSW vaccines to adults aged under 40, who tend to be mobile and active in the community, was based on advice from Chief Medical Officer Paul Kelly on how to best grapple with NSW’s outbreak, Mr Morrison said.

“His advice is based on that Doherty modelling and other work they have done about how the transmissibility of the virus works on those most affected areas and can be addressed through these additional doses,” Mr Morrison said.

Doherty Institute modelling shows that immunising younger people who tend to transmit the virus more – rather than older Australians who come into contact with fewer people – is a better strategy for the country to adopt. 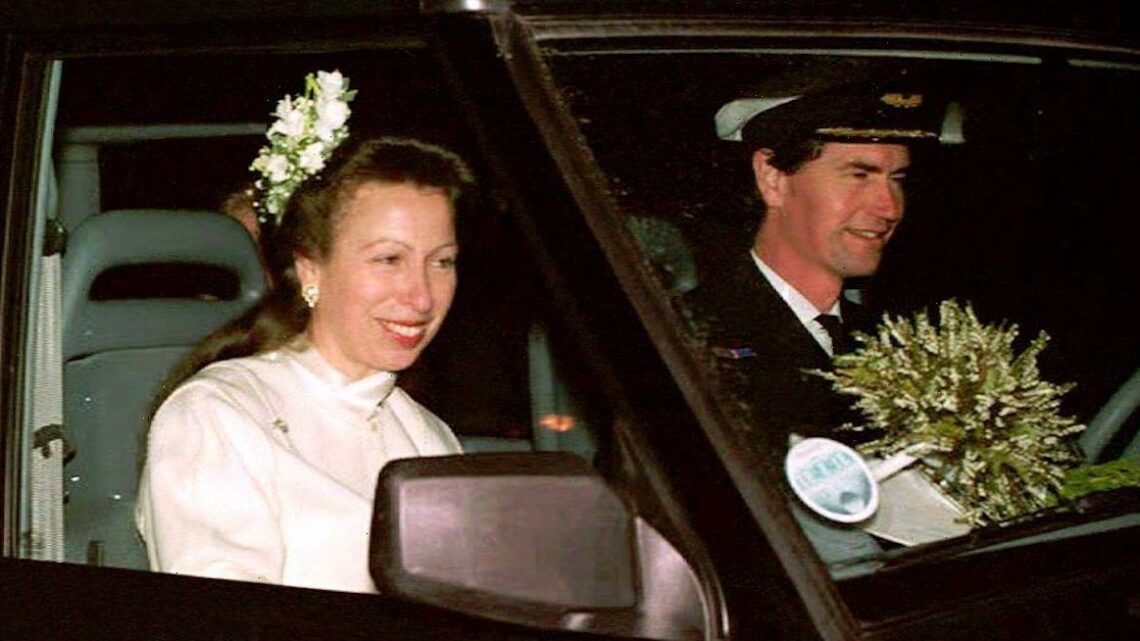