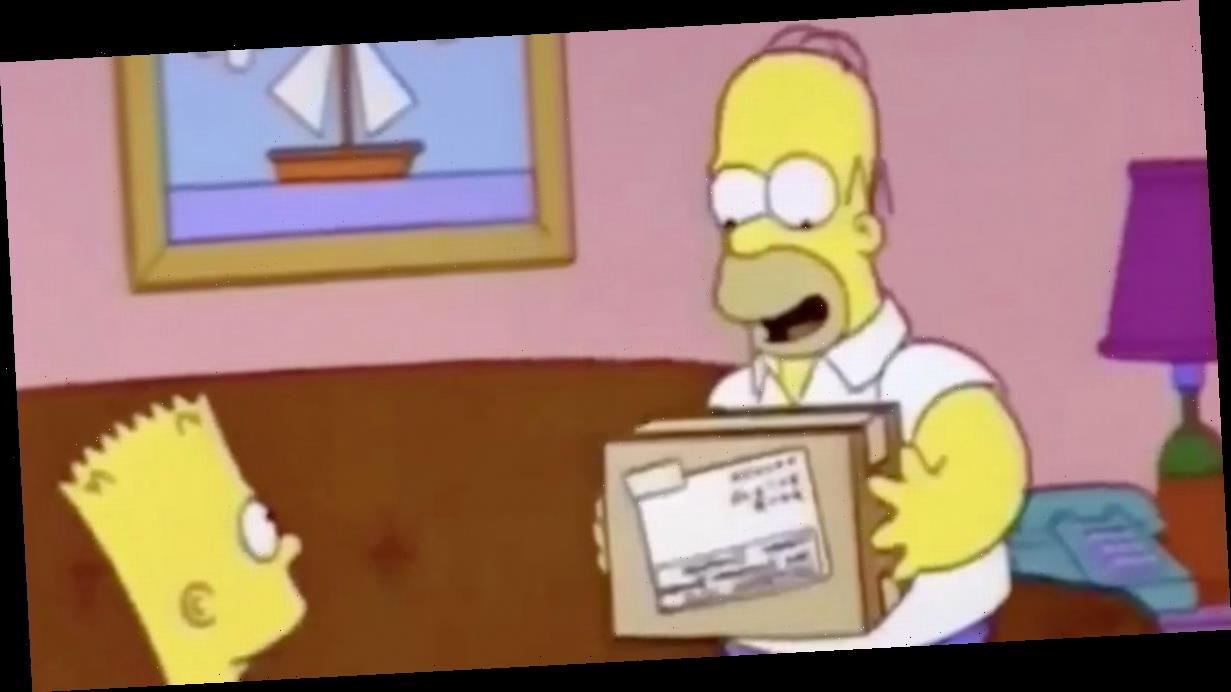 The Simpsons has an eerily accurate habit of predicting the future.

In 2000 the episode 'Bart to the Future' referenced the presidency of Donald Trump – 16 years before he took office – and its writers have also been credited with foreseeing many other events including the horse meat scandal, the design of the shard, and Disney purchasing 21st Century Fox.

And now fans think the show predicted the outbreak of the coronavirus in just its fourth season during 'Marge in Chains' which was released way back in 1993.

During the episode, a worker in Japan is shown to say 'please don't tell the supervisor I have the flu', before coughing into a box addressed to Homer.

When it arrives in Springfield, a green swarm emerges from the delivery, and similar packages containing a 'juice loosener' are then opened by Principal Skinner, and Patty and Selma, before taking over the town.

Still images of the episode have been shared on Twitter , leading to many saying the show creators had predicted coronavirus 27 years ago.

Another said: "Did The Simpsons predict the coronavirus outbreak? They have a looking glass?"

However, it turns out one of the main images used in the tweets, showing Springfield newsreader Kent Brockman sitting in front of a graphic which read 'Corona Virus', is a hoax.

The original image has been edited and in fact reads 'Apocalypse Meow', which can still be seen behind the convincing edit job.

The fictional virus in the episode was actually called the Osaka flu, originating in Japan, rather than the epicentre of the coronavirus outbreak of Wuhan, China.

It's not been missed by avid fans as one responded to the viral tweets, writing: "I've been seeing this go around a lot and sadly, even some who read this tweet will continue to pass it on.

"The Simpsons 'Coronavirus' episode while eerily similar, was actually called Osaka flu and the image is photo-shopped.