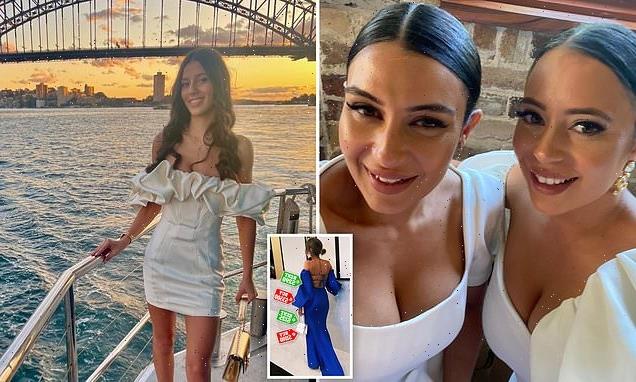 Sisters make $12,000 a month renting out their old dresses

Sisters make $12,000 a month renting out their old dresses to strangers – and it’s been such a success their ‘side hustle’ is now a full time job 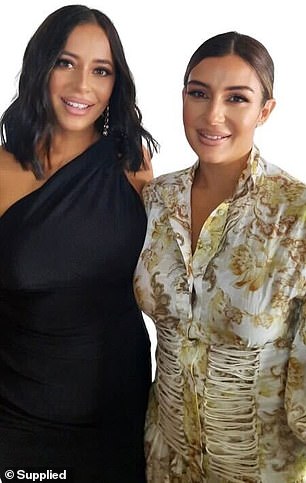 Two mums have revealed how they turned leasing their old clothes into a business, and it makes them over $12,000 per month.

Sisters Anna Sharifai, 39, and Rosa Fayad, 32, from Sydney’s Hills district first listed some of their old designer outfits on dress rental site The Volte in 2017.

Within three months the sisters were sending their favourite dresses off to parties every weekend, and sometimes renting them out mid-week too.

‘We only had a handful of designer dresses of our own, but they were super popular,’ Rosa told FEMAIL.

She was on maternity leave when she first started lending out her clothes and realised that at $200-per-hire she might not need to go back to her full-time job in real estate at all.

‘Six month in we decided to buy more dresses for the business, things we might not wear ourselves but knew our customers would love,’ she said.

‘We also added designer bags. So many women would be renting dresses and ask if we had accessories to go with it. 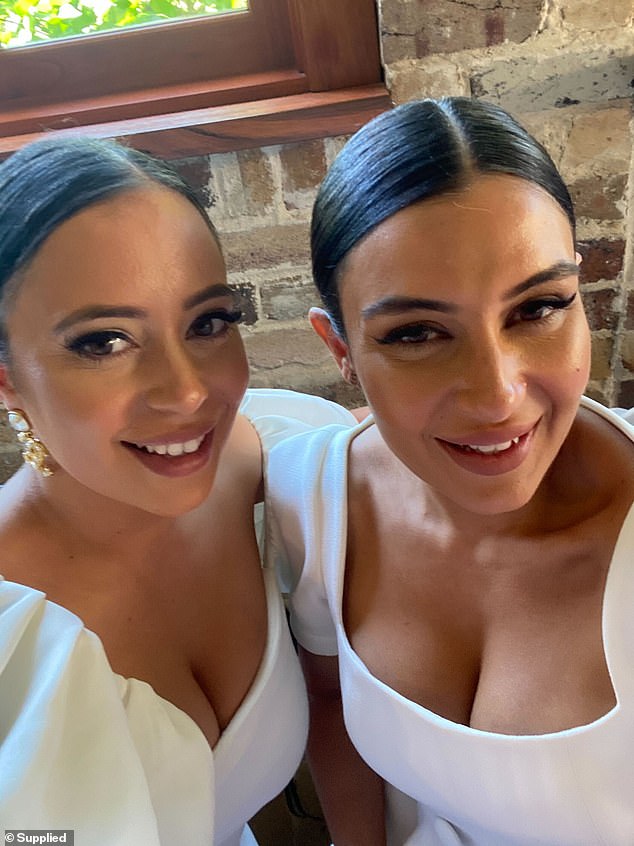 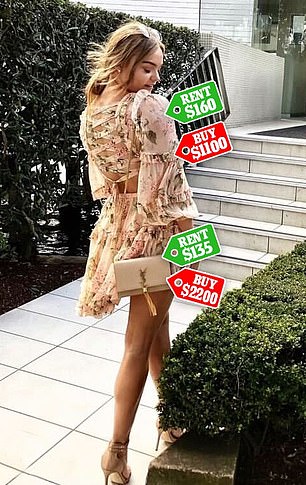 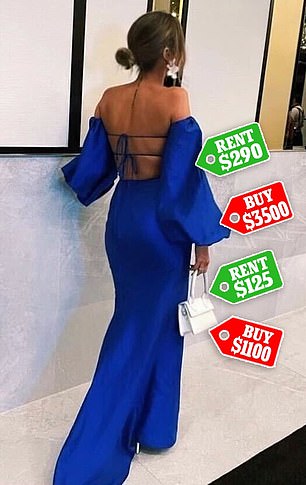 The Zimmerman Prima dress has made the sisters over $10,000 despite being on the cheaper end of rentals at $160-per-event, it is paired here with a YSL bag worth $2200 (pictured left) This blue gown was made specifically for Anna, but was then added to the collection where it costs $290-a-pop to hire. This dress and bag combo would be $4600 retail but the sisters rent it out for $415 (pictured right)

‘But before that I had never owned a designer bag but we were focused on buying for our customers and not ourselves,’ she said.

They have both added more dresses of their own to the listing since, including beautiful custom dresses worth over $3000.

Rosa never went back to work as the fashion-forward side hustle, which they have called The Designer Hire Spot, became both their full time jobs.

‘Some of the Zimmerman dresses we have had since the beginning are still being hired today,’ she said.

‘It works for everyone, because these girls get to wear their choice of dresses at a quarter of the price or less,’ she said.

‘We have had one woman come back for the same dress a dozen times, they don’t sell it anymore but she loves it so she gets it from us for every event.’ 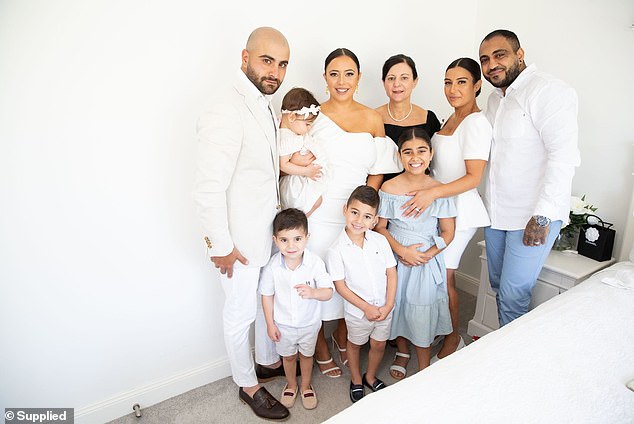 The sisters pictured here with their mum, husbands and kids, say they were relieved to not have to go back to their day jobs when clothes rental took off 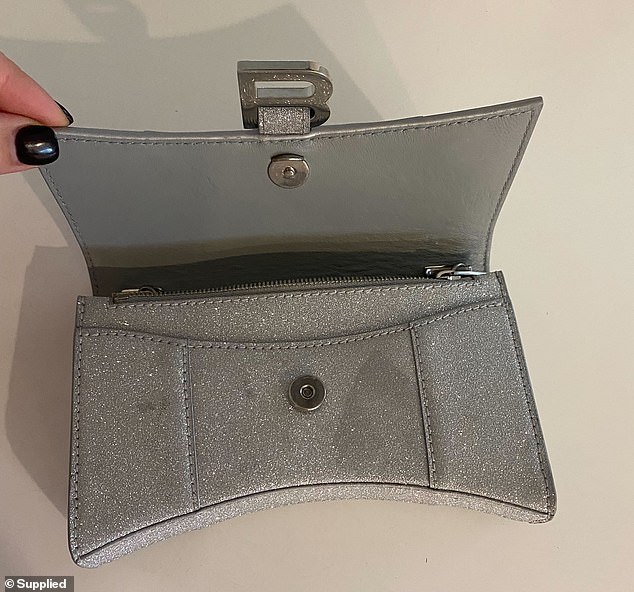 Other, cheaper dresses, are just as popular.

‘We got the original four years ago but we now have it in all sizes and colours because it is out every weekend.’

The sisters have transformed one of their garages into a showroom where they keep the designer goods, and have more than 1500 items worth over $120,000.

They are open by appointment but do most of their business online and over Instagram. 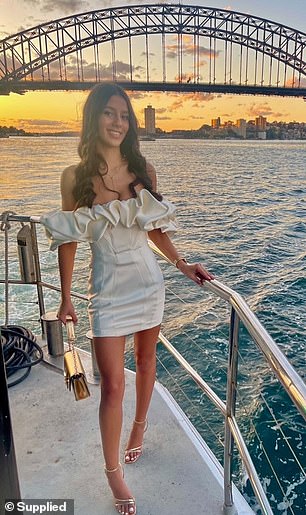 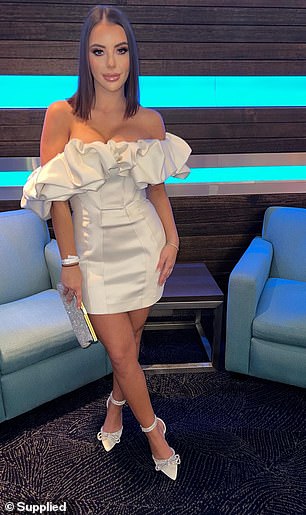 The Selena, a $500 dress, has been hired out over 100 times – now the sisters own it in ‘every size’ because it is in such high demand

Rosa said for the most part people take ‘good care’ of their designer pieces.

‘We did have one Balenciaga bag come back with what looked like white wine spilled all over it,’ she said.

‘But the girl was really happy to cover the cleaning cost, which ended up being $165, and it came back perfect,’ she added. 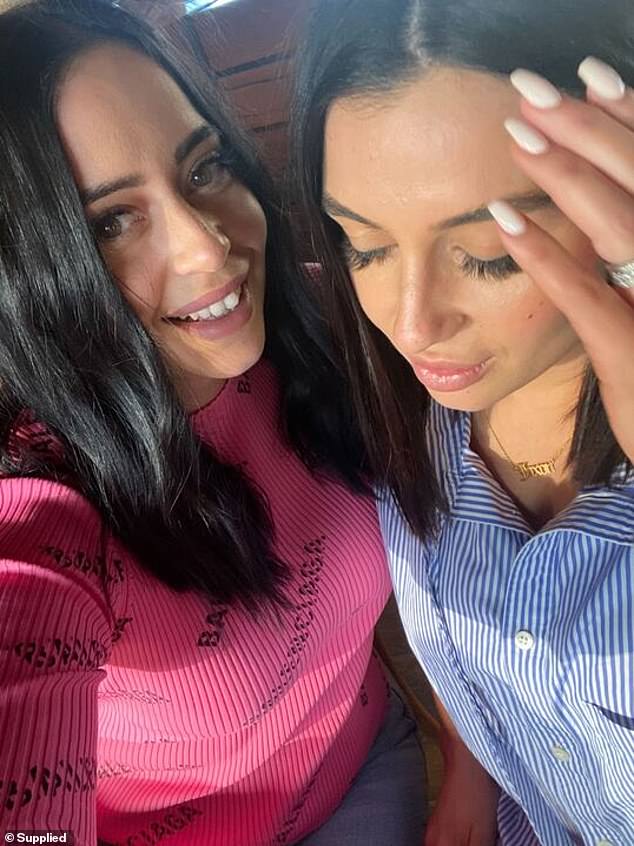 The sisters are known for their huge range of bags, which include Valentino, Chanel, YSL, Louis Vuitton and Dior among others.

‘We don’t have super formal dresses so sometimes girls going to those events will just come to us for a bag to finish the look,’ she said.

The mums says while they barely have any events worth dressing up for they are pleased to see their dresses getting used.