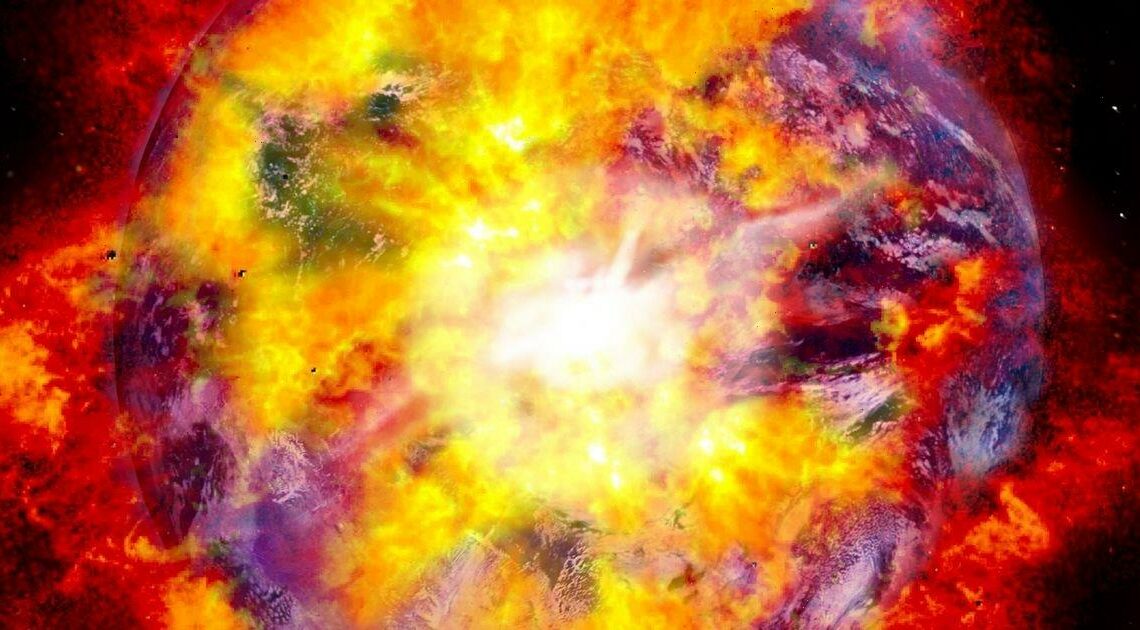 When one takes the size of our universe into consideration, Earth can feel really small and insignificant.

Compared to our sun alone, Earth is already just a tiny blue dot, but our sun is just one of at least 100 billion stars in our galaxy, which itself is only one of around 100 billion galaxies in the small fraction of the universe we have discovered so far.

In all that vast space full of dangerous flying rocks and gigantic fire balls, there have got to be zillions of things that could possibly go wrong and bring the entire cosmos down in a split second.

READ MORE: Everything you need to know about the asteroid that could bankrupt the world

The universe has been around for approximately 14 billion years, while Earth is around 4.5 billion years old. So far, we’ve been quite lucky, but any of the following cosmic events could result in the total destruction of our planet.

From time to time, bursts of energy from the sun’s surface reach Earth and get intercepted by our planet’s atmosphere, but should one of these streams of radiation prove too powerful, it could cause geomagnetic storms that would lead to global power outages, and consequently, worldwide chaos as food stocks and medicines go bad.

We have witnessed an increase in solar activity in recent years, and although they do pose a risk to our power grids and satellites, but Karen C. Fox, a senior science communications officer at NASA, has dispelled suggestions that a solar flare can put the Earth on to roast, saying even the biggest solar flares are "not powerful enough to physically destroy Earth."

A narrow beam of energy caused by a nearby binary star system or a supernova could potentially reach Earth and eradicate our ozone layer, leaving us exposed to harmful UV radiation from the sun. WR 104, a star system around 5,200-7,500 light years away, could potentially send a gamma ray beam in our direction at any moment, but the beam could also miss us altogether.

Scientists at NASA and the University of Kansas, teaming up in September 2003, suggested that a mass extinction on Earth around 450 million years ago could have been triggered by a gamma-ray burst, although this hypothesis was not backed by evidence. Dr Adrian Melott, of the Department of Physics and Astronomy at the University of Kansas, said: "We don't know exactly when one came, but we're rather sure it did come — and left its mark. What's most surprising is that just a 10-second burst can cause years of devastating ozone damage."

A comet impact is already believed to have been responsible for the extinction of the dinosaurs, and another impact on a similar scale could lead to our extinction as well. A direct impact could lead to multiple natural disasters such as tsunamis, wildfires, volcanic eruptions and earthquakes, and leave the remaining few humans to slowly die out due to the planet becoming inhospitable to life.

Luckily for us, asteroids or comets large enough to cause this level of destruction only occur once every 100 million years. NASA has said it currently knows of no asteroid or comet currently on a collision course with Earth, so the probability of a major collision is "quite small", adding "no large object is likely to strike the Earth any time in the next several hundred years."

The gravity of a black hole in outer space is so strong that not even light can escape, and some black holes that float around the universe could potentially come wandering into our solar system, leaving Earth with no chance of escape. A black hole as large as the moon would almost certainly mean total destruction, while even one the size of a grain of sand could cause massive problems.

But David Kornreich, a professor in the Physics department at Cornell University, has reassured us that black holes aren't as dangerous as we make them out to be. Describing the popular picture of a black hole as inaccurate., he said: "Black holes, even the one at the centre of our galaxy, are very small. Only if you get very close to a black hole's event horizon does it start pulling everything in. So no, most of the galaxy will not eventually fall into the hole."

The sun is around halfway through its lifespan, but still has a few billion years to go before it starts running low on hydrogen and starts to fuse helium, resulting in its expansion as part of its slow death. Earth would either be pulled towards the sun and incinerated, or pushed out of its orbit, leaving it to freeze over.

If it's any consolation, humanity will most likely be long extinct by the time the sun dies and turns into a red giant, with the Nature Astronomy journal predicting this will not take place for another 10 billion years. Meanwhile, humans have only been given another one billion years to survive before we die out.

6) Collision with a Rogue Planet

Rogue planets, as in planets that do not orbit stars and seemingly lurking around aimlessly in space, are believed to outnumber stars in the Milky Way by 100,000 to one. That means there are plenty of rogue planets that could pass into our solar system and potentially crash into our planet, the result of which would no doubt be the end of the world as we know it.

But delivering the good news is Richard Zeebe, a physicist at the University of Hawaii, who ran 1,600 simulations of the future of the universe on a supercomputer, and not once was Earth hit by another planet. He said: "None of the 1,600 solutions led to a close encounter involving the Earth or a destabilisation of Earth’s orbit in the future. I conclude that Earth’s orbit will be dynamically highly stable for billions of years in the future, despite the chaotic behaviour of the solar system."

Want the latest updates on close encounters, mysterious sightings and fascinating insights from scientists? Sign up to the Daily Star's Spaced Out newsletter HERE.