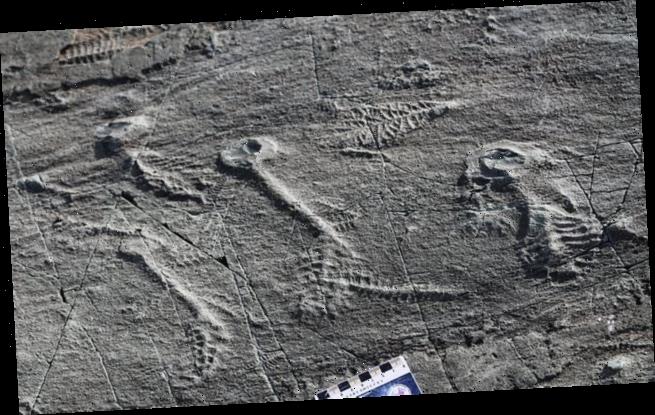 Some of the first animals on Earth were connected by filaments

Primitive organisms that lived in the world’s oceans around 570million years ago were connected by wide-reaching filaments spanning up to 13ft (4m).

This interconnected network of excellently-preserved fossils was discovered in Newfoundland, Canada.

Scientists believe the threads may have been used for nutrition, communication or reproduction of the primitive lifeforms, known as rangeomorphs. 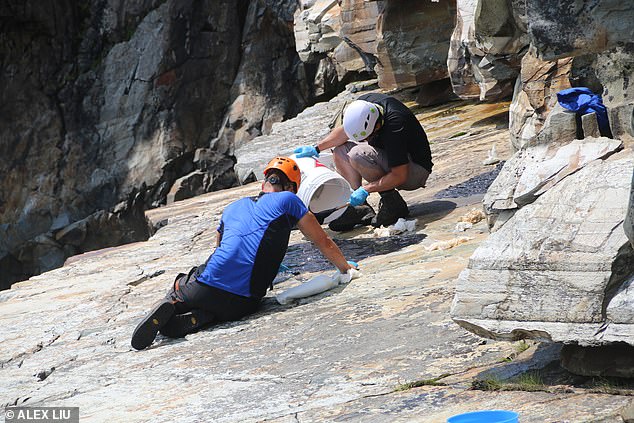 An interconnected network of filaments was discovered in excellently-preserved fossils found in Newfoundland, Canada

Rngeomorphs were some of the first macroscopic organisms to appear in the geological record around 571 million years ago.

They dominated Ediacaran deep-water ecosystems for at least 10 million years, before experiencing a decline in diversity.

Fern-like rangeomorphs were some of the most successful life forms during this period, growing up to two metres in height and colonising large areas of the sea floor.

Rangeomorphs may have been some of the first animals to exist, although their strange anatomies have puzzled palaeontologists for years.

Their exact function is unknown but it is possible they enabled organisms to share nutrients, a prehistoric version of the ‘wood wide web’ observed in modern-day trees.

‘We’ve always looked at these organisms as individuals, but we’ve now found that several individual members of the same species can be linked by these filaments, like a real-life social network,’ said Dr Alex Liu from Cambridge’s Department of Earth Sciences.

Fossils were found scattered throughout Newfoundland and a total of seven ancient species were identified with the unusual threads at a total of 38 sites.

Rangeomorphs may have been some of the first animals to exist and could not move and are preserved where they lived.

‘These organisms seem to have been able to quickly colonise the sea floor, and we often see one dominant species on these fossil beds,’ said Dr Liu.

‘How this happens ecologically has been a longstanding question – these filaments may explain how they were able to do that.’

The majority of the filaments ranged from around one inch in length up to 14 inches in length, but some spanned much further.

The thin filaments are extremely hard to preserve as they were often destroyed before they could be etched into the fossil record.

Researchers from the universities of Cambridge and Oxford focused on five sites in eastern Newfoundland.

The purpose of the filaments remains unknown, but the researchers speculate they may have helped with reproduction.

Clonal reproduction, as seen in strawberries, sees an organism cleave itself in two and a new organism – a clone – is created.

However, the uniform appearance of the filaments indicates they may have had other functions as well.

For example, the filaments may have provided stability against strong ocean currents.

Pictured, a fossil found in Canada which appears to have a a filament extending from one end of the specimen midline 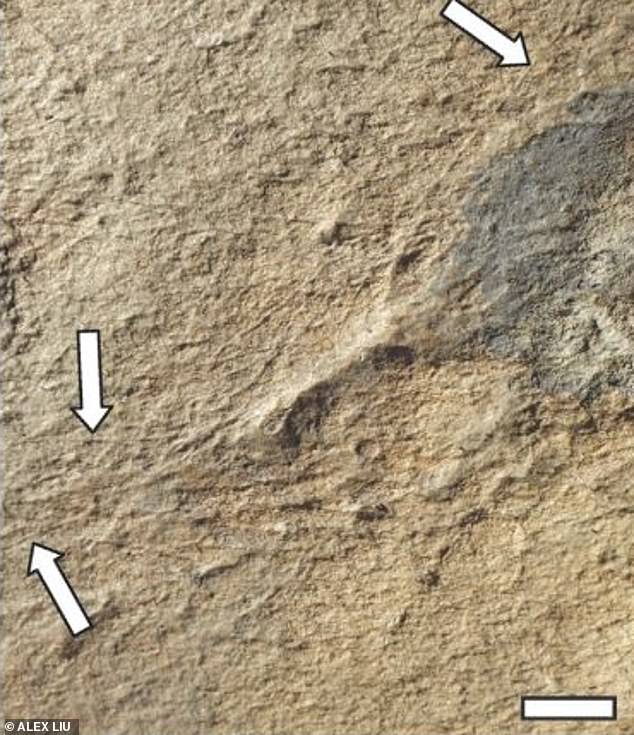 Pictured, a rangeomorph which live around half a billion years ago and pointed out by the arrows are filaments which terminate at its holdfast 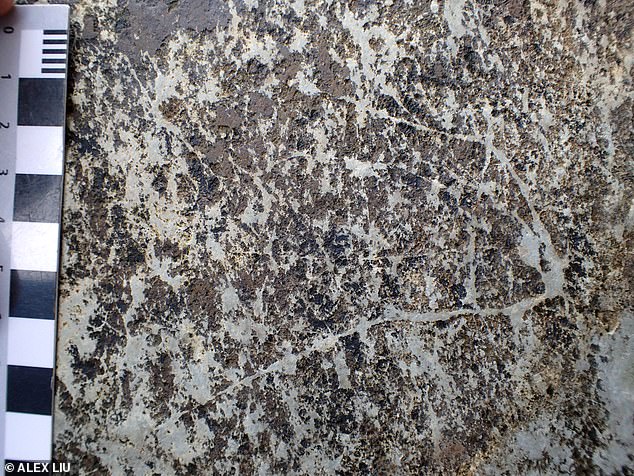 Dr Liu adds: ‘We may now need to reassess earlier studies into how these organisms interacted, and particularly how they competed for space and resources on the ocean floor.

‘The most unexpected thing for me is the realisation that these things are connected.

‘I’ve been looking at them for over a decade, and this has been a real surprise.’

‘It’s incredible the level of detail that can be preserved on these ancient sea floors; some of these filaments are only a tenth of a millimetre wide,’ said co-author Dr Frankie Dunn from the Oxford University Museum of Natural History.

‘Just like if you went down the beach today, with these fossils, it’s a case of the more you look, the more you see.’

First Brit coronavirus patient, 25, reveals how he was left ‘suffocating’