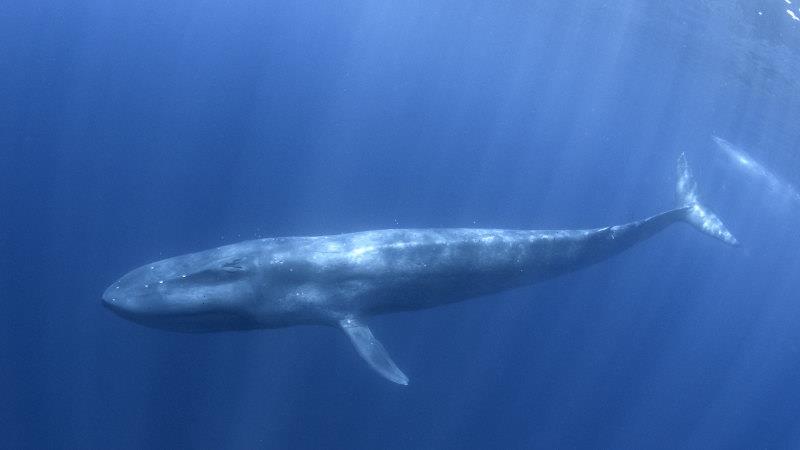 Underwater nuclear bomb detectors have picked up an increasing flurry of song from pygmy blue whales in the Indian Ocean, indicating numbers of the elusive species have rebounded after it was hunted to near-extinction.

But marine researchers have warned that warming ocean temperatures could deplete the whales’ food supply of krill. 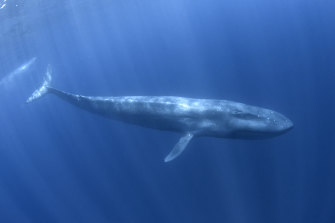 The pygmy blue whale is a subspecies of the blue whale and there has been an increase in the population around the Chagos Islands, in the Indian Ocean, since they were almost hunted to extinction. Credit:Istock

This population of Chagos pygmy blue whales, named after the Chagos Islands, was discovered last year in the central Indian Ocean. Their presence was revealed through their song by a network of underwater listening devices originally set up to monitor for unapproved nuclear testing.

All blue whales sing at a very low frequency that is below that of human hearing. The recording of the pygmy blue whale song attached to this story has been sped up to make it audible.

Scientists from the University of New South Wales have analysed almost two decades of recordings to conclude the distinctive songs of these pygmy blue whales, a subspecies of blue whales, have increased in number.

Sightings of the pygmy blue whales are extremely rare, despite the whales reaching 24 metres long, but researchers are cautiously hopeful the increase in whale song means numbers have rebounded after the whales were hunted to near-extinction in the 20th century.

Professor Tracey Rogers, a co-author of the research and an expert on how mammals overcome the challenges of changing environments, said: “When we do the right thing – which is stop killing them and get out of the way – Mother Nature can fix the situation, even though they are still at catastrophically low numbers.

“The next concern for these guys is the warming oceans – they don’t like warm water and they need the cold upwelling in the oceans, which brings nutrients from the bottom.”

UNSW scientists analysed up to 18 years of continuous underwater acoustic recordings from devices known as hydrophones, which are stationed either side of Diego Garcia Island, an atoll in the centre of the Indian Ocean. They published the results in the journal Frontiers in Marine Science.

Since 2002, an international organisation called the Comprehensive Nuclear-Test-Ban Treaty has used underwater microphones to detect soundwaves from potential nuclear bomb tests. These recordings are also available to scientists to use for marine science research.

Pygmy blue whales sing in a different “language” or song to other blue whales and the species don’t interbreed.

Researchers wanted to know more about the presence of Chagos whales and other factors such as the sea-surface temperature and changing weather patterns, such as El Nino and the Indian Ocean Dipole.

They found a positive correlation between the amount of chlorophyll-a (which indicates an abundance of phytoplankton, and therefore krill) and the amount of whale song.