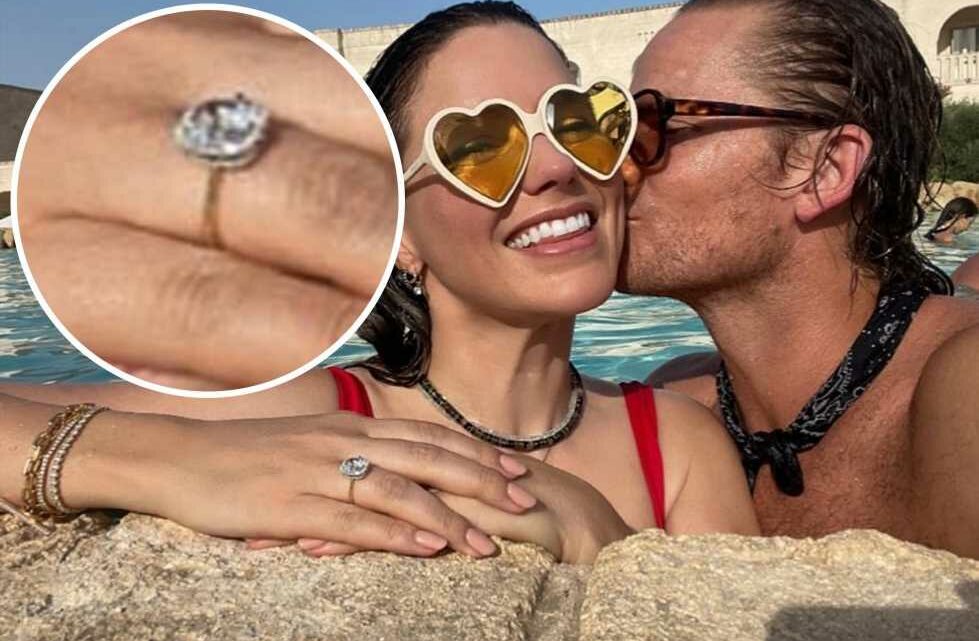 These teen dramas had spicy ‘showmances’

Sophia Bush is finally showing off her bling.

The former “One Tree Hill” actress, 39, gave fans a glimpse at her engagement ring on Instagram Tuesday, one week after revealing that boyfriend Grant Hughes proposed.

“Leaning into this happiness,” she captioned a smiley pic of Hughes kissing her cheek. “I am deeply aware that joy is not an option for so many around the world in this moment. Clinging to gratitude right now because today it is an option for me.”

Bush’s ring, which was designed by Kantor Gems, features a massive square-cut diamond that appears to be at least 4 or 5 carats, according to Mike Fried, CEO of The Diamond Pro. Fried estimates the ring’s value to be around $150,000, depending on the quality of the stone.

Fried suggests the solitaire diamond is likely a cushion cut, princess cut or radiant cut; the ring itself is also two-tone, made of white gold as well as either rose or yellow gold.

“Sophia’s engagement ring is truly exquisite, just like her proposal in Italy,” Fried said. “The ring is a stunning symbol of the couple’s love and future together.”

Bush’s celeb friends seemed to agree. “The best of times…grab that joy whenever you have the chance. I love you,” co-star Hilarie Burton commented.

“Sooooooooo great!!!!!!!,” added Debra Messing, while chef Andrew Zimmerman wrote, “So happy for you both!!! Congratulations!!! That looks like an engagement ring to me. Beautifully [sic] sentiment too.”

Bush and Hughes, a businessman who lives in Los Angeles, were first spotted together in May 2020, but have since remained very private about their romance.

However, she gushed about the Lake Como proposal, calling it the “most incredible, moving surprise of my life.”

What You Didnt Know About Hannah Ferrier From Below Deck

When is Star Wars anime series Visions released on Disney+ and how can I watch it?
Recent Posts